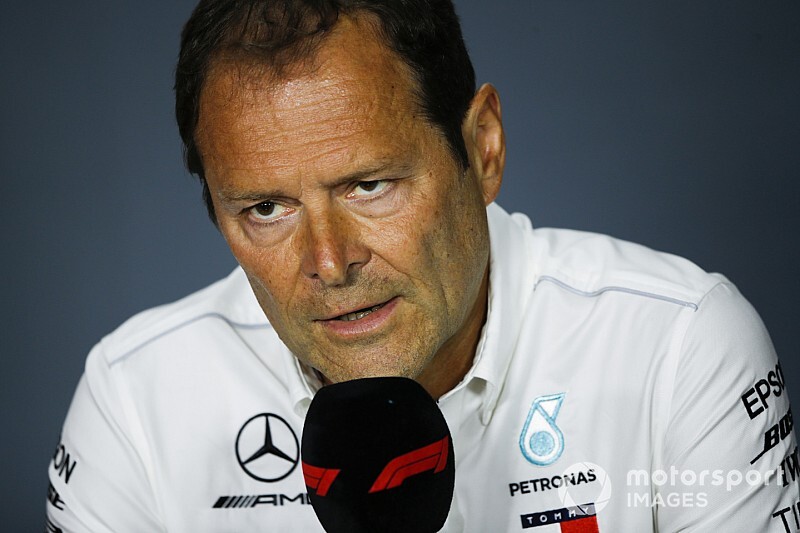 Costa joined Mercedes in 2011 after a long stint at Ferrari, but stepped back from his role as engineering director for the current F1 season.

He has remained in an advisory role this year during a technical reshuffle that included chief designer John Owen moving up to head the engineering group and performance director Mark Ellis beginning a sabbatical.

Costa has spent more time with his family in Italy this year and will cease working with Mercedes at the end of September.

He will begin working as CTO for Dallara – which designs the spec single-seaters used in Formula 2, Formula 3 and IndyCar, and is a partner of the Haas F1 team – at the beginning of 2020.

Costa said: "After many years working at the pinnacle of our sport, I am excited to be able to contribute some of what I have learned to other racing series and to high-performance automotive projects outside racing.

"I remember writing to Giampaolo [Dallara] at the very beginning of my career for a job - at the time, there was nothing available, but he was able to open some doors for me in the industry.

"Now, many years later, it feels like the wheel has come full circle and I am proud to be joining this iconic company of Italian motorsport."

Costa described his time at Mercedes as an "extraordinary privilege", having played a key role in its rise to the top in F1 and the unbroken run of titles it has won since 2014.

Mercedes team principal and CEO Toto Wolff said: "Aldo has been one of the pillars of our team since he joined in 2011 and he now leaves us with the same dignity and professionalism that have characterised his years with us.

"He wanted to return to Italy to spend more time with his family and still has much energy and expertise to contribute to the motorsport community.

"His new role with Dallara is a fantastic opportunity and I am delighted he has found such a rewarding role in which to pursue his career - and to contribute his knowledge to almost every level of global motorsport.

"On behalf of everybody at Mercedes, I would like to wish him great success in this next chapter."

"It will allow us to harmonise our technical functions in order to further develop Dallara's capability and knowledge, and to prepare the company for the future challenges that we'll have to face together," said Pontremoli.

Hamilton: No regrets if I never drive for "different" Ferrari

Ricciardo "excited" for Monza due to Renault engine gains