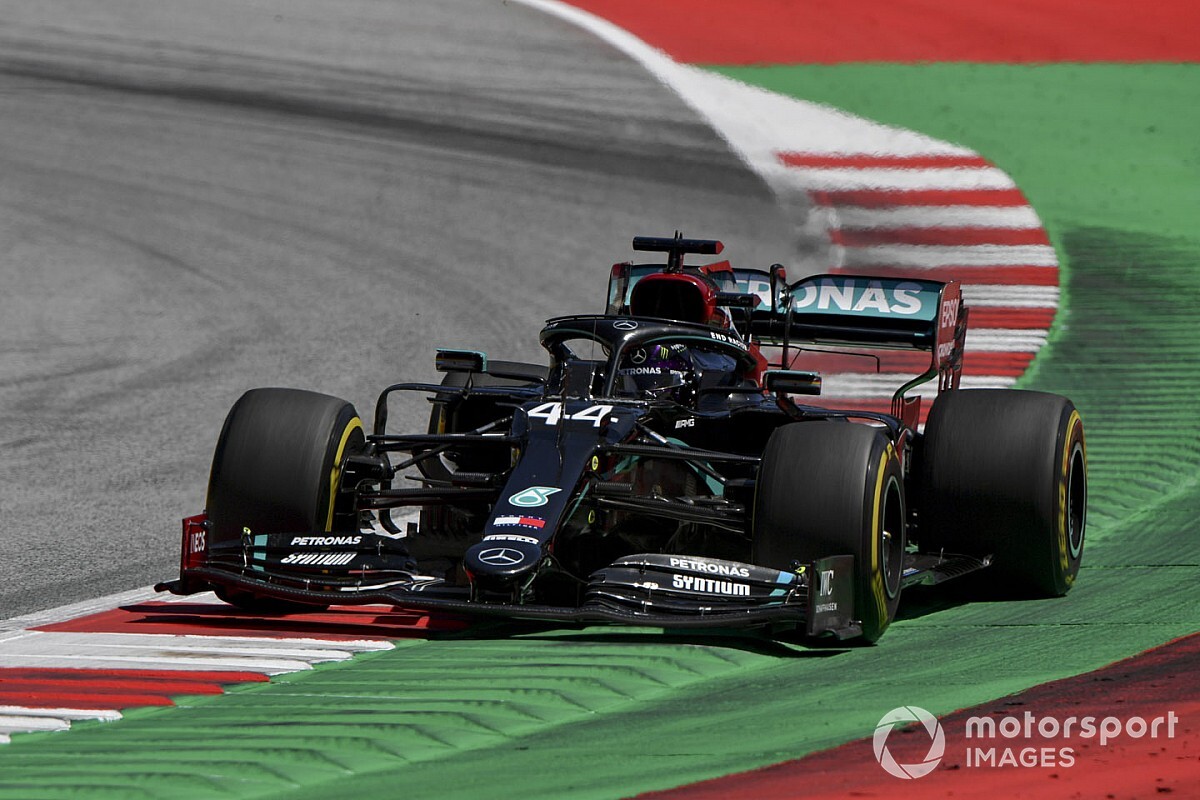 Mercedes won last weekend's Austrian Grand Prix at the Red Bull Ring with Valtteri Bottas, but electrical noise stemming from heavy vibration caused as the W11s ran across the kerbs at the Austrian track threatened to cause gearbox sensor failures on both the race winner's car and Hamilton's machine.

Mercedes admitted after that event that the problem would be expected to reoccur if its cars were run in the same arrangement as last weekend, but new looms were fitted as part of an attempt to address the issue ahead of the follow-up Styrian race.

When asked if the Mercedes drivers would be able to use the kerbs in Sunday's race, after Hamilton had taken pole ahead of Verstappen, McLaren's Carlos Sainz and Bottas, Wolff said: "There will be laps when you have no chance of not using them.

"Wherever Max is - leading or behind us - just cruising around, neatly avoiding the kerbs is not going to be possible [for Mercedes].

"It is about constant massacring the suspension - that is something that will cause us [a] headache.

"So once we are settled in our position then we will be trying to avoid the kerbs. It's a very Austria-specific topic."

Mercedes W11 car is fitted with the innovative - and controversial - DAS system with Red Bull also making a change at the front of its RB16 car thanks to its new multi-link suspension approach.

After Mercedes' struggles with the kerbs and spins for Red Bull's drivers in winter testing and during the two race weekends in Austria, Wolff put these issues down to the teams "learning by doing" thanks to the compact nature of the new 2020 calendar.

"You must bear in mind that normally, when you start the season, these developments are understood with mileage," he said.

"We tested the cars in Barcelona and then we had a four-month break without touching them, basically.

"And then we brought upgrades onto the car, which have never been tested before in any free practice sessions.

"But we needed to bring it into the car in order to maintain our competitiveness. So, I think it's a little bit of learning by doing that's happening for all teams.

"And obviously the ones that understand their car and the systems quicker will have an advantage. It's another race in the race that happens and it's very exciting."

The Styrian GP as it happened