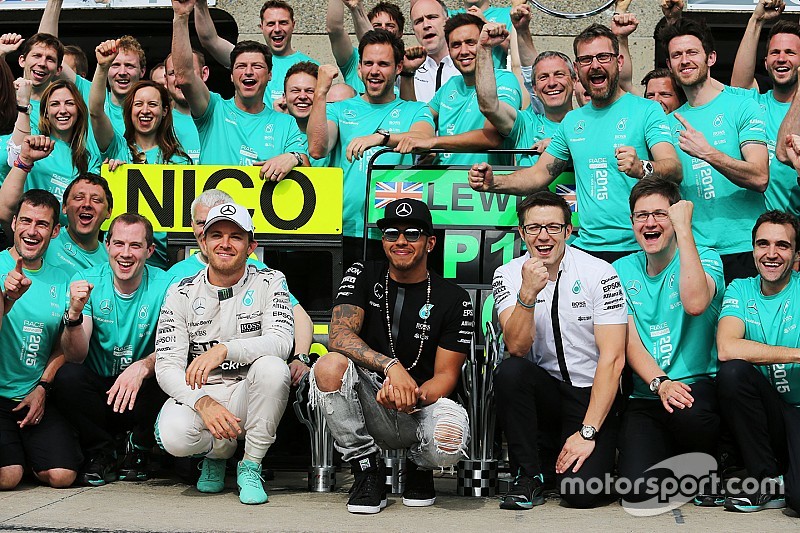 Two weeks ago Mercedes cost Lewis Hamilton victory when it decided to stop him under a late safety car – handing the win to his teammate Nico Rosberg.

In Montreal, however, the team handled perfectly the challenges of brake and fuel management to deliver another 1-2 finish that put to bed the issues it had faced post-Monaco.

Mercedes motorsport boss Toto Wolff said: “I must say that after Monaco it was very difficult for the team to handle that.

“We were exposed to massive criticisms. It looked like all the victories and the world championships were forgotten, and suddenly a bunch of idiots were managing the team: and probably that is the case when you have a good car and a good drivers.

“Then also you have some ups and downs in the team. Bono [Peter Bonnington, Lewis Hamilton's race engineer] lost his father a couple of days ago, and we needed to support him as much as possible.

“So the result is a satisfactory result of what has happened in Monaco and after Monaco.”

Although Hamilton and Rosberg had a good advantage at the head of the field, Wolff admitted that things were not as straightforward as they appeared.

“It is a circuit that as you know is very heavy on the brakes, and it is a balance and a fine line which we want to keep – between not interfering in the racing between the two drivers and letting them fight it out.

"On the other side, we are trying to make sure that the car survives.

“At a certain stage we had more than 30 seconds of gap to [Valtteri] Bottas; we had a high brake temperatures and we were a bit marginal on fuel.

“We discussed how to keep all those key parameters under control and this was a bit of a tense situation. But I wouldn't say it was more tense than other races.”