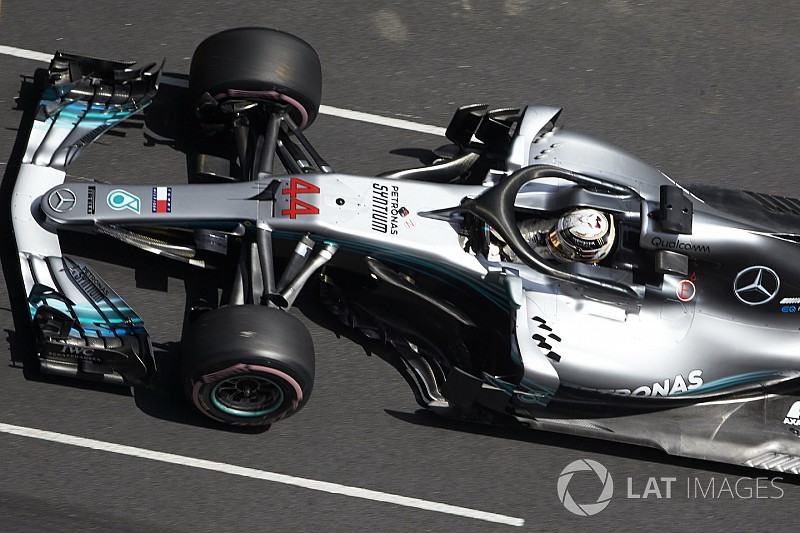 Formula 1 tyre supplier Pirelli has revealed the teams' tyre choices for the upcoming Canadian Grand Prix, with Mercedes selecting fewer hypersoft sets than all other outfits.

The Canada race will mark the second appearance of F1's all-new hypersoft tyre, the softest available compound in Pirelli's 2018 range.

All 10 teams loaded up with hypersofts for the pink-walled tyre's first race in Monaco - and while it has remained the preferred tyre for the vast majority of the field for Montreal, Mercedes has opted for a conservative selection.

The Canada selections were made well in advance of the hypersoft's debut in Monaco, where the Silver Arrows struggled to get on top of the tyre in Monaco - with Valtteri Bottas saying: "I think other teams could operate the hyper better than us in the long runs."

In contrast, none of the other teams will have fewer than seven sets of the hypersoft available, and Mercedes' main rivals Ferrari and Red Bull have both opted for eight sets.

All teams have selected the same number of hypersofts sets across both cars, while only Williams, Haas and Sauber split strategies between their drivers for the two harder compounds.

The Grove-based team also chose markedly more supersofts than its competition, with a grid-high five sets of the red-walled tyre available to Lance Stroll.

Why Verstappen is not a team leader