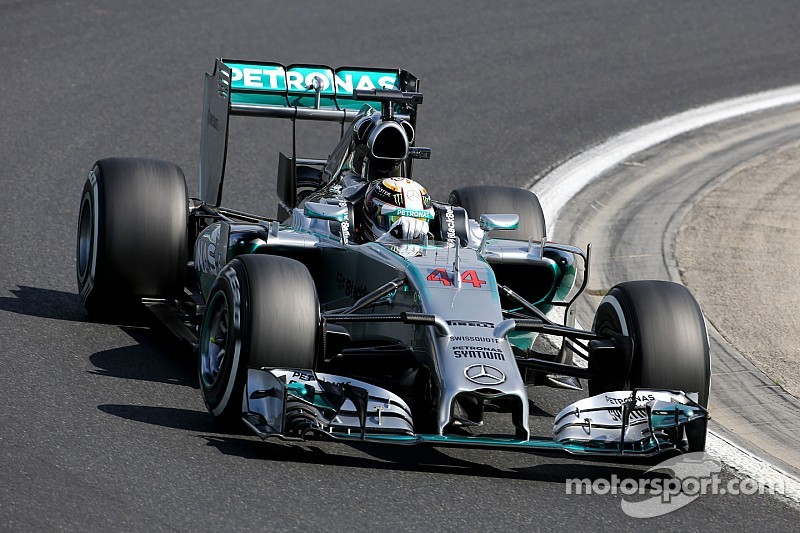 Brand new car for Hamilton after his fire in Qualifying.

Jul.27 (GMM) Lewis Hamilton will be at the wheel of a shiny new Mercedes in Sunday's Hungarian Grand Prix.

Team boss Paddy Lowe is quoted by Auto Motor und Sport as revealing that "pretty much everything" was damaged when a fuel leak set the championship-chaser's W05 on fire in Hungaroring qualifying.

With full spare cars no longer allowed, Mercedes mechanics worked through the night to build Hamilton a new car from scratch from a spare monocoque.

Now the important thing is to see how I can come out of it - that's the really important point.

Hamilton will not effectively be penalised for changing his gearbox and engine, as he is already at the very rear of the field for the race, so Lowe decided simply to break 'parc ferme' regulations.

"We needed to get the car out of parc ferme and rebuild from scratch if we want to be ready in time," he said.

"We can look later to see what components (from the qualifying car) have survived," added Lowe.

Briton Hamilton will therefore start the race from pitlane.

But the news is even worse for the 2008 world champion, who is already 14 points behind teammate Nico Rosberg in the drivers' points standings.

The lost engine in Hungary means Hamilton is now onto his fourth set of components for the season, out of a maximum five for 2014 before penalties begin to apply.

"Yeah, unbelievable," the 29-year-old said before departing the Hungaroring circuit on Saturday.

"Now the important thing is to see how I can come out of it -- that's the really important point."