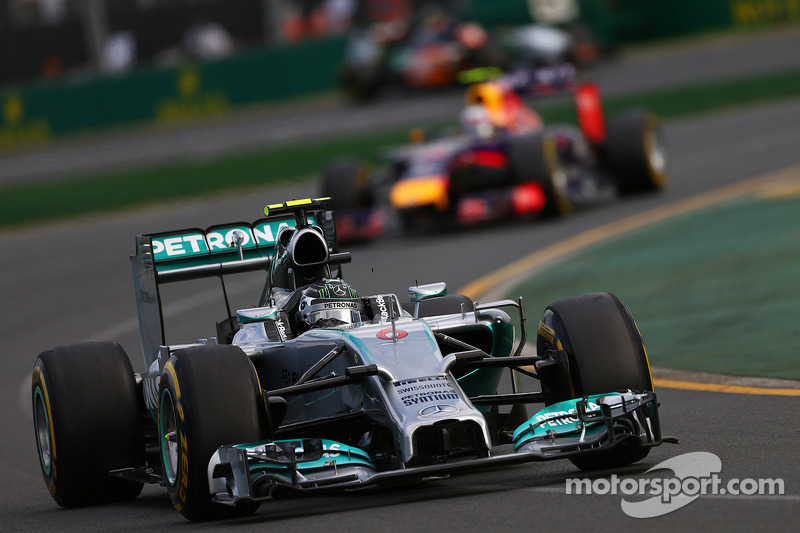 Is Mercedes breaking the rules already?

Mar.16 (GMM) Is this the 'trickery' referred to just days ago by Luca di Montezemolo?

In an open letter, the Ferrari president warned the FIA to be ready for team "trickery" in the area of "fuel, software" and "consumption" as a result of "grey areas" opened up by the new regulations.

Germany's Auto Bild reports that Mercedes, already dominating the new turbo V6 era with its powerful new engine, has triggered the FIA's attention in Australia in the area of the sport's new fuel consumption limits.

As well as being limited to just 100kg of fuel per race, each car is limited in 2014 to a maximum fuel rate of 100 kilograms per hour, enforced by a fuel flow sensor. 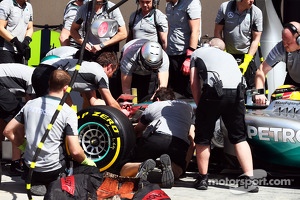 Lewis Hamilton, Mercedes AMG F1 W05 has a nosecone change from mechanics in the pits

Auto Bild claims that at least one team, believed to be Mercedes, went over the fuel flow limit in practice at Albert Park.

It is believed the FIA also warned Ferrari on the same subject during winter testing.

The Auto Bild report said that in Melbourne, the FIA has now reacted not by penalising Mercedes but by easing the tolerance by which rules breaches are measured, particularly in the wake of pre-season problems with the sensor.

Boss Toto Wolff denies that the FIA tweak has anything to do with Mercedes.

"We actually voluntarily reduced our fuel flow rate," he insisted.

"Had we not done that, we would have been five tenths faster yesterday."

Points but problems too for Scuderia Ferrari at Albert Park