Mercedes’ victory in warm conditions at Interlagos has boosted its belief of winning both Formula 1 championships in 2021, according to Andrew Shovlin.

Mercedes suffered back-to-back defeats to Red Bull in the United States and Mexico, allowing Max Verstappen to open up a 19-point lead over Lewis Hamilton in the drivers’ standings.

Hamilton feared he would lose yet more ground on Verstappen in Brazil, only to fight back from being excluded from qualifying on Friday to win the race with a comfortable advantage.

Mercedes had typically struggled in warmer conditions, but the fashion in which it dominated the race in Brazil has now served as a boost for its title hopes.

“The car was working well on a single lap and we had good pace in the cooler conditions in the sprint race,” said Shovlin, Mercedes’ trackside engineering director.

“We are keeping the tyres in a really good region, and part of being able to mount a recovery like that is to be able to stop the tyres overheating, because that tends to just neutralise your advantage, and it pulls everyone to the same pace.

“In the race it was a really strong performance but on a really hot track. We were up at 50ºC and it is an aggressive circuit and the car was still working really well.

“So to have performed over the various sessions in such a range of conditions has been really encouraging when you look at the challenges we are going to get over the next three tracks.” 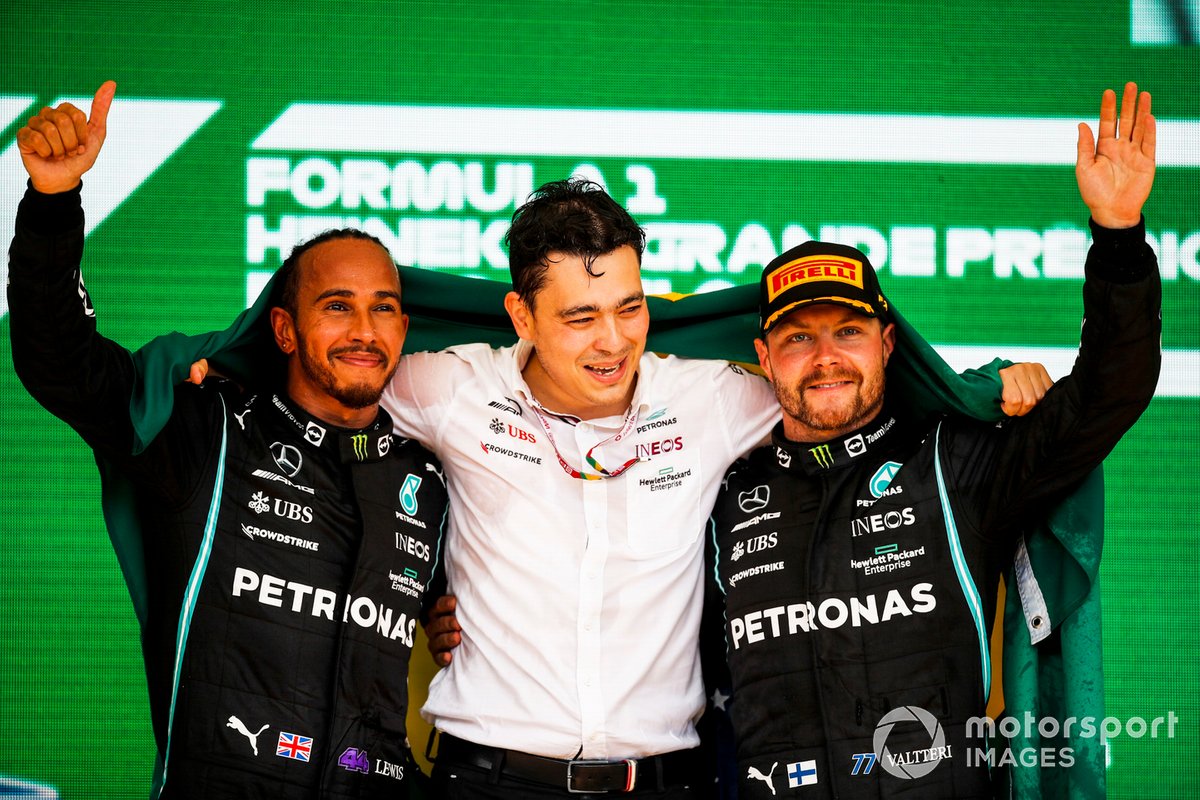 The final three races of the season will all take place in the Middle East, starting with the Qatar Grand Prix this weekend at Losail International Circuit.

Qatar, Saudi Arabia and Abu Dhabi are all set to pose a challenge for teams to perform in hot conditions, and could play a decisive role in the title race. Hamilton now trails Verstappen by just 14 points, while Mercedes’ lead in the constructors’ championship grew in Brazil to 11 points.

“The impact on the championship [of Brazil], the fact that we have got that penalty out of the way and managed to outscore Max and outscore Red Bull gives us a lot of confidence,” Shovlin said.

“The fact that we have managed to get the car to work well on a track that is aggressive on the rear tyres in hot conditions gives us a lot of confidence.

“So I think for us the championship, coming out of Mexico, we had hope that we could win them both.

“Now I think it is moving to belief that we can win them both. And we will we working very hard to ensure that we can do that.”

The principles at stake in the Verstappen/Hamilton Turn 4 clash