Mercedes is unsure that an “oddball” one-stop Formula 1 strategy in Brazil would have worked despite Valtteri Bottas’s in-race message saying it had thrown away a 1-2 finish.

Lewis Hamilton fought from 10th place on the grid to win Sunday's grand prix, reducing Red Bull rival Max Verstappen's lead at the top of the drivers' championship to 14 points.

Verstappen made an early second stop after just 13 laps on a set of hard tyres to try and prevent Hamilton from undercutting him, only for Mercedes to respond and allow the seven-time world champion to catch and pass on-track.

Bottas was also brought in for an early second stop, coming in the lap after Verstappen, and told Mercedes over team radio: "I think we just threw away an easy 1-2."

"I had a feeling, because on the first stop, for me, it was quite late, that it should have been one-stop," Bottas said after the race.

"So I'm still thinking I should have been, possibly, second with one stop, but we'll have a look." 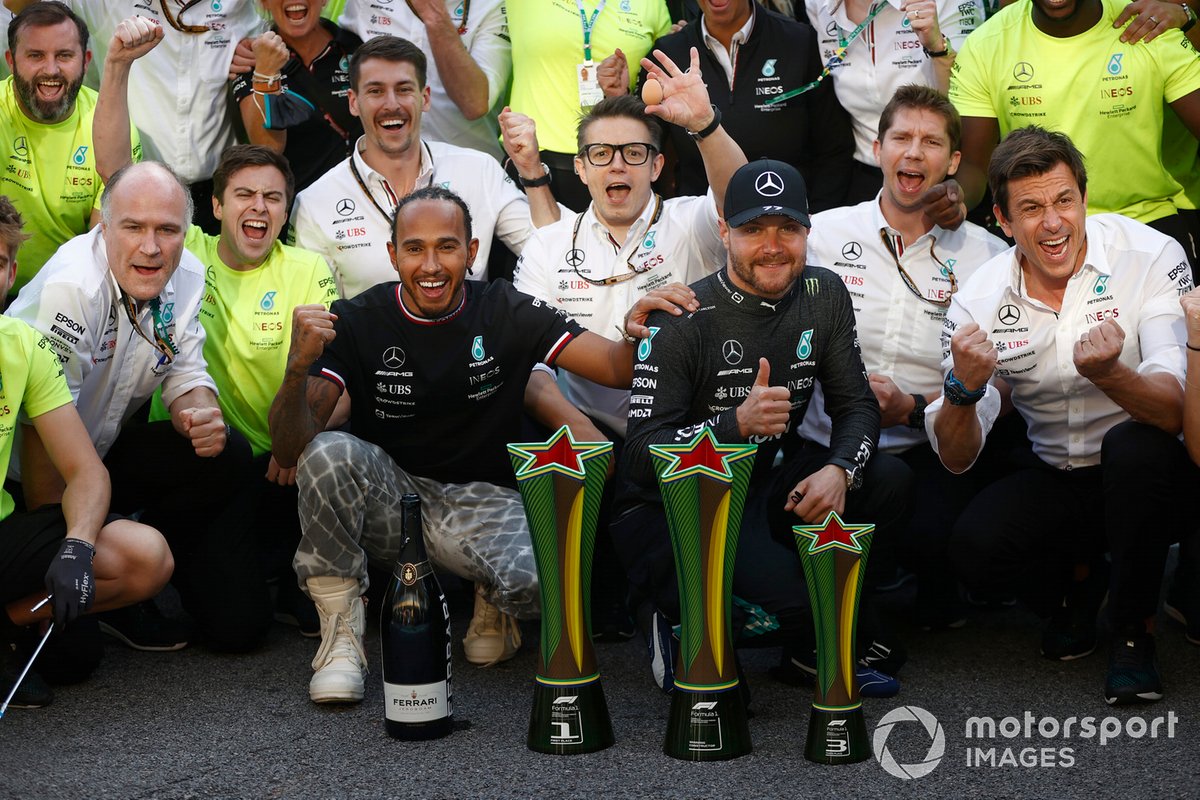 However, Mercedes F1 boss Toto Wolff said he was not sure that Bottas would have been able to keep second by one-stopping, explaining that it was important to cover off Sergio Perez for third place.

"I'm not sure we could have held on to a one-stop," Wolff said. "Maybe. But it was risky also to lose P3 against Perez. I think it was OK. It was maybe marginal between the two, but we didn't want to risk the place to Perez."

Mercedes trackside engineering director Andrew Shovlin confirmed the team was "talking about it" and weighing up a one-stop, but again felt it would have put the podium finish at risk for Bottas.

"Valtteri felt it would work, and you gamble, but the problem is if you gamble wrong, then we could have risked a podium with Valtteri," Shovlin said. "With Lewis, when you think you can beat Max on the same strategy. you do that because we felt we had the car pace to really attack if we could get a bit of a tyre offset.

"So the option of going on an oddball strategy was discussed, but wasn't that attractive because there is doubt and if you get it wrong you cannot win the race.

"You look at how Max dropped off on the hard tyre, it would've been very difficult and you have got to incorporate a lot of management."

Bottas's third-place finish ensured that Mercedes extended its lead at the top of the constructors' championship, moving 11 points clear of Red Bull.