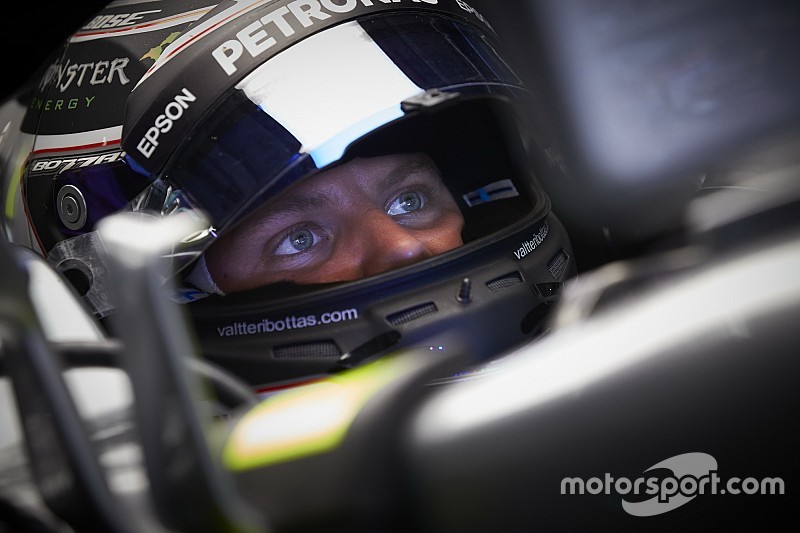 Mercedes F1 boss Toto Wolff has backed the team's new driver Valtteri Bottas to recover from an underwhelming performance in China, saying the Finn needs to "analyse it and forget it".

The Finn had taken an encouraging third on his Mercedes race debut in Australia, finishing close behind teammate Lewis Hamilton, but he endured a much tougher time in China.

While Hamilton controlled the wet-dry Shanghai race, Bottas spun under safety car conditions early on while trying to warm up his tyres and could only recover to a sixth-place finish in the end.

"He threw it away behind the safety car," Wolff told Sky Sports. "It happens to the best, it was very slippery out there and he lost it - and that's when the race was gone.

"He just needs to recover from that now. It’s the second race into the season, there are 18 more left.

"Analyse it and forget it."

Wolff added that he was encouraged by the Finn's laptimes over the remainder of the race, saying: "You could see during the race that he had the pace.

"He was doing Lewis’s laptimes at various stages in the race, but once you’re losing so many positions and you’re not in the leading pack anymore, and you have to recover mentally, that is very difficult.

"He certainly has the character to recover from such a situation."

Bottas himself was downbeat at the end of the race, admitting that his spin meant the Silver Arrows came up short of the optimal points haul.

"Behind the safety car I was trying generate as much tyre temperature as I could," he explained to Sky Sports.

"I went too far away, I was too aggressive and made a mistake and spun, and lost so many places and time.

"After that, it was tricky for a while to get the tyres working again. I got them there eventually and then the pace was good.

"From a stupid mistake of mine, we lost so many points today."

Hamilton in a "different league"

Meanwhile, race winner Hamilton was praised heavily by Wolff, who reckoned the Briton was unparalleled in the kind of uncertain mixed conditions that the Chinese GP was run in.

"Lewis on his day, he’s in a different league. You could see today he was without any mistakes," Wolff said.

"On a difficult day, in difficult conditions, there is nobody else I would like to have in the car."