Mercedes: Australia defeat down to Ferrari pace, not strategy 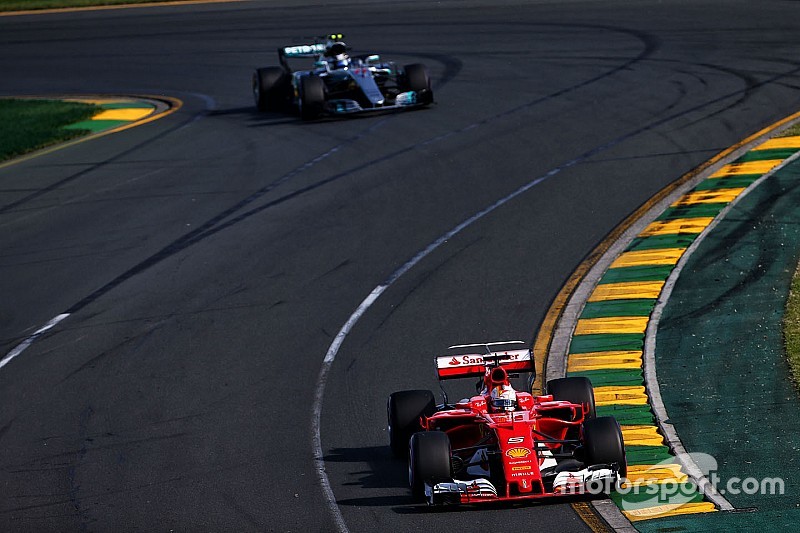 Mercedes Formula 1 team boss Toto Wolff believes Sebastian Vettel’s victory in the Australian Grand Prix was down to the Ferrari having a pace advantage rather than a strategic error from the Silver Arrows.

Lewis Hamilton led the early stages of the Australian Grand Prix before becoming the first of the frontrunners to make a pitstop after 17 laps.

He re-emerged behind Max Verstappen, and time lost behind the Dutchman allowed Vettel to pit six laps later and stay ahead.

"No, Ferrari was the quicker car," he said when asked if strategy was to blame.

"The way Sebastian held onto Lewis, on his gearbox [in the first stint], we were pushing flat out and we were just not able to pull away.

"There was the risk of the undercut and we also thought that the tyres wouldn't last anymore. And all that led us to the decision to pit to avoid the undercut.

"And then coming out behind Max, who was fighting his own race, just lost us the race."

Wolff did admit that Hamilton's stop came slightly early and that this played a part in losing the race.

Hamilton had struggled for grip in the first stint, and was concerned he would be passed on track if he stayed out longer.

"You're trying to take on board all the information you have, what you see in terms of tyre temperatures and grip levels and sliding, and then, of course, how the driver perceives it," said Wolff.

"All of that leads to a decision, and in that case it was probably a couple of laps early."

But despite that, Wolff did not suggest the result could definitely have been reversed with a different approach to the race.

"After the race is always easier, when you rewind and say what we could've done better," said Wolff.

"But we just weren't quick enough today and that's why Sebastian is the deserved winner.

"Sebastian could have attempted the undercut at any stage and it could've come out the same way."