Mercedes and Red Bull max out on ultrasofts for Monaco 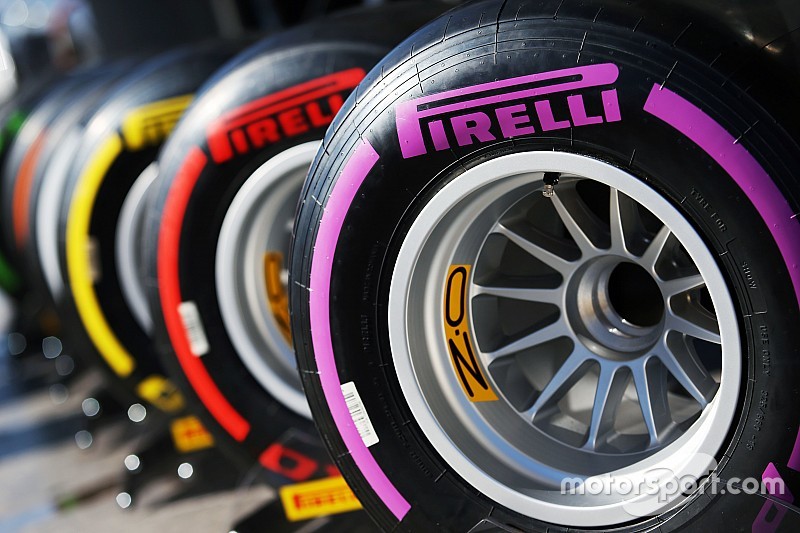 Pirelli's ultrasofts will be the most in-demand tyres for the Monaco Grand Prix, as Mercedes and Red Bull chose the maximum amount of sets for the street race.

Both teams - as well as Renault's Kevin Magnussen - have picked a total of 10 sets of the softest compound available, which will make its debut this season in the Monte Carlo event.

Ferrari's drivers Sebastian Vettel and Kimi Raikkonen will have nine sets of ultrasofts at their disposal, having opted to take one more set of softs than its main rivals.

Williams duo Valtteri Bottas and Felipe Massa have chosen only seven sets of ultrasofts, instead selecting four sets of supersofts.

The Manor team will have the smallest amount of ultrasofts, having picked six sets. 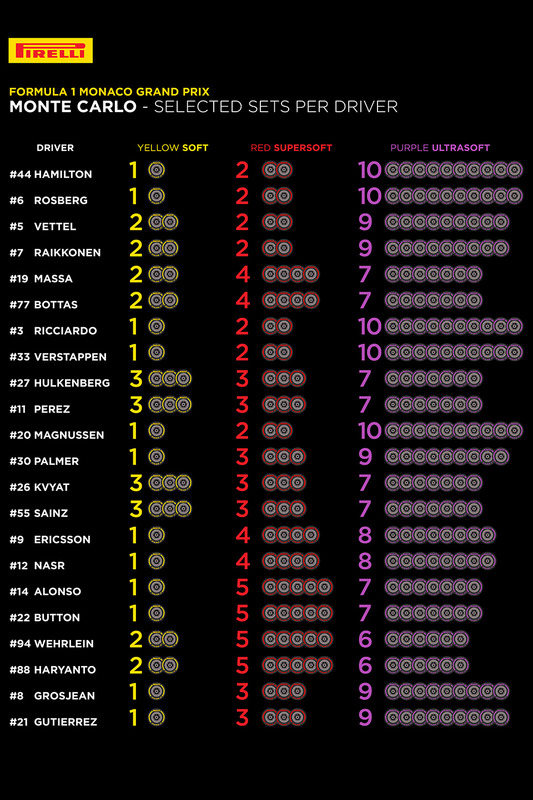