Mercedes and Monaco: Is history set to repeat itself? 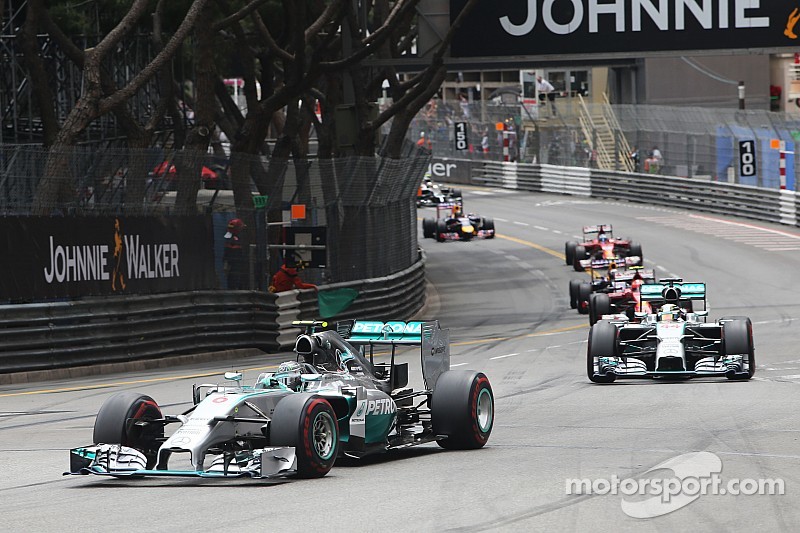 Monaco was one of the main flashpoints of last year's tussle between Mercedes teammates Lewis Hamilton and Nico Rosberg. Kate Walker asks if there could be more fireworks 12 months on.

Last year's Monaco Grand Prix was the scene of much gossip and intrigue following a qualifying session in which Nico Rosberg benefited from the timing of yellow flags he himself caused, and which scuppered teammate Lewis Hamilton's chance of securing pole.

Found innocent by the stewards of any misdemeanour, Rosberg went on to win the race and regain a lead in the drivers' championship he would hold until Singapore. The news was dominated by talk of war at Mercedes, of a team torn asunder.

Will this year's Monaco Grand Prix revive the ghosts of 2014? Probably not.

Psychologically, the conditions this year are rather different. Last season, Rosberg arrived in the principality having watched his teammate win the four previous races. The German's only victory had been in Australia following Hamilton's retirement, and in order to stake his claim on the title, an assertive win was needed.

Fast forward 12 months, and Rosberg returns to his home grand prix fresh off his first victory of the season, a lights-to-flag win earned on the back of a strong qualifying and controlled race. His day spent testing Barcelona this week - during which the team worked on Monaco set-up - gives the German an additional mental advantage.

Hamilton meanwhile conceded only seven points to Rosberg in the title fight, and has a healthy - but not comfortable - 20 point margin. It is a far cry from last season, when a potential 25 points lost in Melbourne saw the Briton on the back foot throughout the flyaways.

Despite winning the next four races, it took until the Spanish Grand Prix for Hamilton to regain the lead in the championship. Having fought so hard to regain it, the loss was sorely felt.

Last year's Monaco Grand Prix may have been the beginning of a summer of internecine warfare at Mercedes, but lessons were learned from 2014.

"We had our ups and downs," Toto Wolff said in pre-season testing. "We had so-called rules of engagement within the team, and those rules developed throughout the season. There were situations we hadn't discussed before, which we didn't expect. One of the key moments was Spa, and thereafter we had a very successful run as a team.

"There are always areas for improvement. It's about the interaction between humans, high-performing individuals, and therefore it's not always easy."

The team have not been immune from trouble this season, with Rosberg's barbed comments about Hamilton's race pace in the post-Shanghai press conference threatening to cause ructions within the team. But team bosses nipped the potential spat in the bud as soon as it reared its head.

"We saw tensions between Nico and Lewis in the race and we tackled them directly on Sunday night to stop anything carrying over," Wolff said at the following race in Bahrain.

"When you have intense competition it's normal it causes emotions to run high - and that's not something we want to change. We maintain our philosophy of letting the drivers race, but they both know the number one priority for the team is to win for Mercedes-Benz."

A crucial race for both drivers

To think that because both Mercedes drivers are arriving in Monaco in strong positions means that either will take the race lightly is to misunderstand F1.

Rosberg has won the race for the past two years; it is the only track on the calendar at which he has collected multiple victories. For Hamilton to win would be a hefty psychological blow dealt at one of the venues where the German feels he is strongest.

Rosberg's desire to win Monaco is also about more than just the championship points at stake. Last year's loss in the principality was the beginning of a difficult summer for the Briton, culminating with the Belgian Grand Prix collision that so changed the dynamic within Mercedes.

Having already broken his teammate's run of victories at Barcelona, a Monaco win would further emphasise that Rosberg is not to be underestimated in 2015.

With the pressure on both drivers - and all eyes on Mercedes to see whether or not there will be a repeat of last year's questionable conduct - the smart money is on both Rosberg and Hamilton keeping the fight squeaky clean on track.

The cruellest blows are those dealt by being beaten fair and square.

F1 reaches out to fans in latest crowdsourcing competition