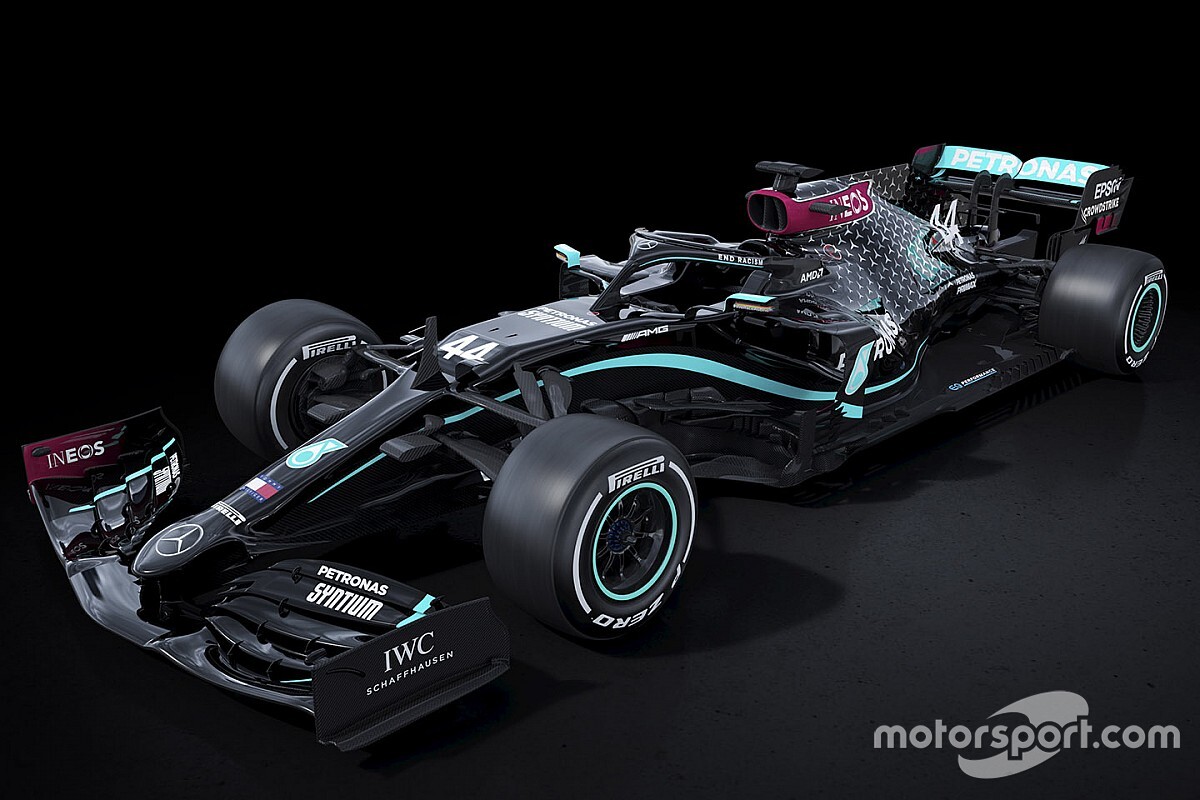 Mercedes has unveiled a new, black livery for the 2020 Formula 1 season as part of a new campaign to fight racism.

The reigning constructors' champion team announced the new look for the Mercedes W11 car on Monday ahead of this weekend's season opener in Austria.

Mercedes has traditionally raced in silver throughout its time in F1, dating as far back as 1954, but will now run in black for the entirety of the new season.

The new black livery base retains the green trim of title sponsor Petronas, the red elements of principal partner INEOS, and the speckled star design on the engine cover. The car will also run with 'End Racism' written on the Halo.

Drivers Lewis Hamilton and Valtteri Bottas will race in black overalls through 2020, and will also adjust their helmet designs accordingly.

Mercedes also confirmed it will launch a new diversity and inclusion programme before the end of the season to address the lack of diversity within the team, with just 3% of its workforce identifying as belonging to a minority ethnic group.

"Racism and discrimination have no place in our society, our sport or our team: this is a core belief at Mercedes. But having the right beliefs and the right mindset isn't enough if we remain silent," said team principal Toto Wolff.

"We wish to use our voice and our global platform to speak up for respect and equality, and the Silver Arrow will race in black for the entire 2020 season to show our commitment to greater diversity within our team and our sport.

"We will not shy away from our weaknesses in this area, nor from the progress we must still make; our livery is our public pledge to take positive action.

"We intend to find and attract the very best talents from the broadest possible range of backgrounds, and to create credible pathways for them to reach our sport, in order to build a stronger and more diverse team in the future."

It is the latest major statement from the F1 world amid global protests against racial injustice, sparked by the murder of George Floyd in Minneapolis last month.

Mercedes driver Hamilton - the only black driver in F1 history - has been especially vocal in recent weeks, calling on the "white dominated" F1 community to be more conscious of racism and racial injustice.

"It's so important that we seize this moment and use it to educate ourselves whether you are an individual, brand or company to make real meaningful changes when it comes to ensuring equality and inclusivity," Hamilton said.

"I have personally experienced racism in my life and seen my family and friends experience racism, and I am speaking from the heart when I appeal for change.

"When I spoke to Toto about my hopes for what we could achieve as a team, I said it was so important that we stand united.

"We want to build a legacy that goes beyond sport, and if we can be the leaders and can start building more diversity within our own business, it will send such a strong message and give others the confidence to begin a dialogue about how they can implement change."

F1 launched a new campaign called 'We Race as One' last week, promoting inclusivity and greater diversity in the sport. Branding for this campaign will be present on all 20 cars in Austria, as well as being a key part of F1's messaging through the upcoming season.

Mercedes is the second team to make a late change to its livery ahead of the new season. Williams unveiled its new look last Friday after splitting with title sponsor ROKiT in May.