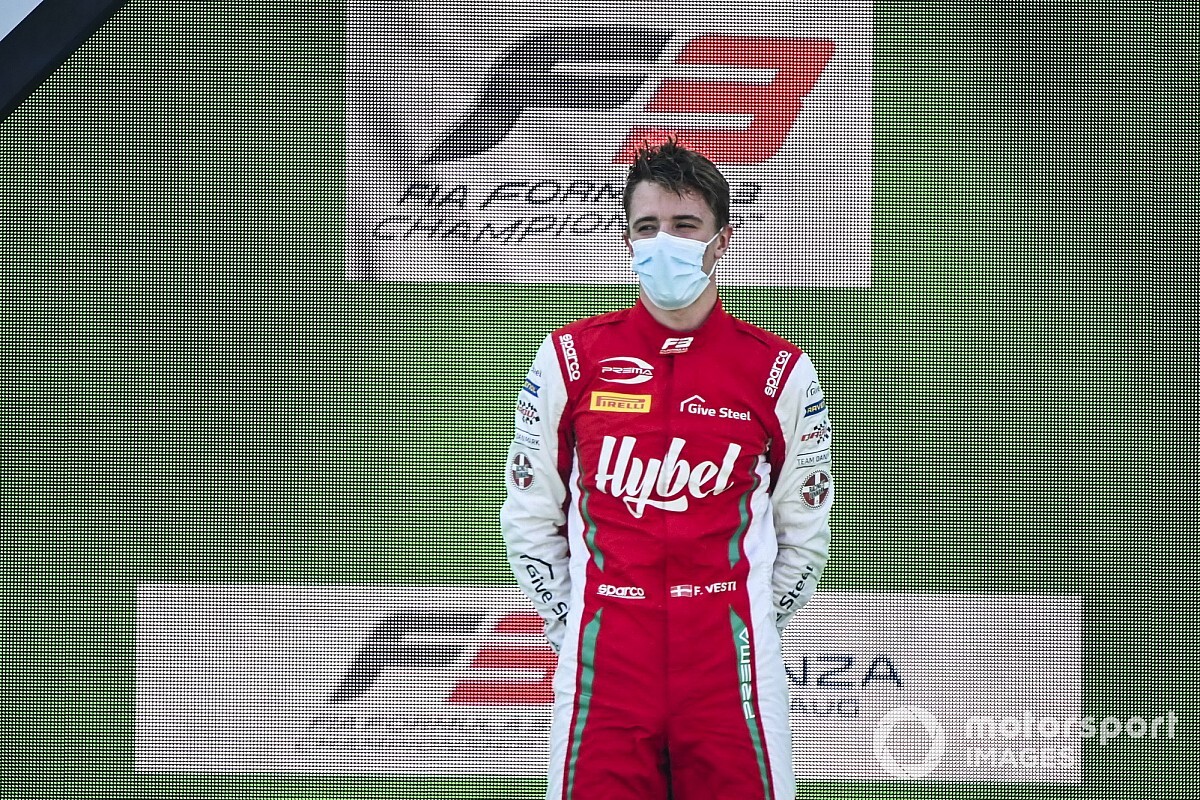 Vesti finished fourth for Prema in last year's FIA Formula 3 championship with three wins, and will move to ART for this season.

He is a former Danish karting champion, who won races in Formula Ford and Formula 4, before taking the 2019 Formula Regional Championship F3 title for Prema.

After stepping up to FIA F3 with Prema last year, he won more feature race wins than any other driver.

Speaking about his opportunity, Vesti said: "I've dreamed of being a Mercedes junior and worked so hard for it, for so many years and that motivation has lifted me every single day.

"To now be working with Mercedes, the best team in the world, is a massive boost for my career and I am really looking forward to building a powerful relationship in the future."

Mercedes has followed Vesti's career for many years and has signed him up ahead of what it hopes it a title-winning F3 campaign in 2021.

Gwen Lagrue, Mercedes' driver development advisor, said: "Fred's commitment and dedication is something we love to see and hugely respect. I remember him sending me updates on his debut seasons in single seaters and letting us know details of his progress, which is something we always appreciate.

"His Formula Regional European Championship in 2019 was impressive and in FIA F3 last year, he was very consistent. We are happy to welcome him into the Mercedes family and look forward to seeing him fight for the title this season in FIA F3."

Mercedes has a host of young drivers on its books, including Williams driver George Russell and Alpine's Esteban Ocon in Formula 1.

In karting it has Andrea Kimi Antonelli and Alex Powell, plus it looks after Eurocup Formula Renault driver Paul Aron.

ART has confirmed that one of Vesti's F3 teammates will be Russian Aleksandr Smolyar, who had an impressive rookie campaign last year.

He scored a podium finish at Monza and won on the road at Silverstone before a post-race penalty dropped him down the order. He took ten top ten finishes as well as a pole position in Hungary.