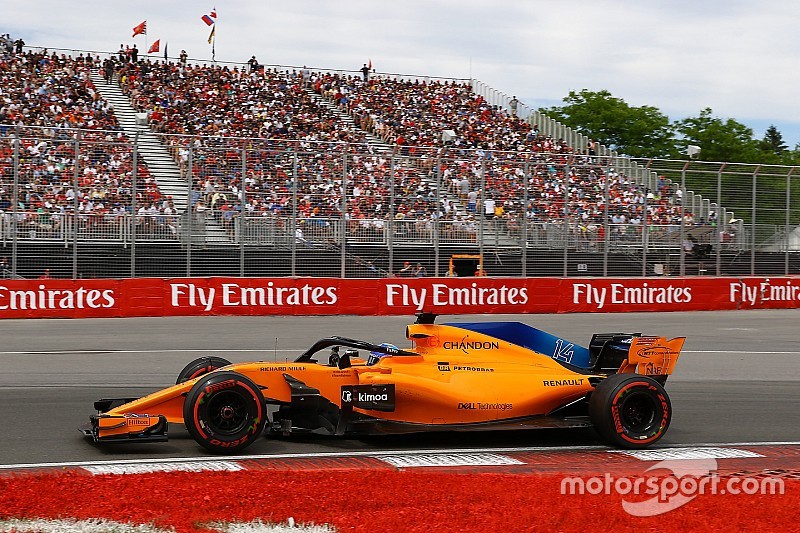 Fernando Alonso reckons McLaren was hurt by only getting the “downside” of compromises it made with its 2018 Formula 1 car.

Alonso has decided to leave F1 after another season spent fighting for scraps, ending his four-year reunion with McLaren without a single podium finish.

McLaren has endured one of the worst years of its F1 history because of an inherent aerodynamic problem with its MCL33 that resulted in too much drag but a failure to maintain downforce levels through corners.

Alonso said that the reasons for McLaren getting it wrong this year would remain “a private thing” but admitted “we took some directions in this project that were not giving the results we were expecting”.

He added: “Some compromises were made in the car [but] a lot of hopes in performance were not coming. So, we only took the downside of those decisions.

“I think next year should be much better and the lesson is taken.”

As reported by Motorsport.com, McLaren identified its fundamental aero problem after the summer break – too late for it to do anything significant about the car for this season.

However, it did conduct significant experimental work over the remainder of the season, which Alonso believes is reason to be confident will result in a more competitive 2019 car.

“Since July we have been testing experimental parts for next year,” said Alonso. “There is a lot of optimism in the team with the direction the car took in the last couple of months.

“We understood our problems, we know last year our car was very competitive on the chassis side – we know that, we have the GPS comparison, we know the speed in the corners.

“The car last year, 12 months ago, was very competitive in some areas and we lost that level of competitiveness this year unfortunately.

“We understood why, so I think next year the team will be in a much better position and I am happy for them.” 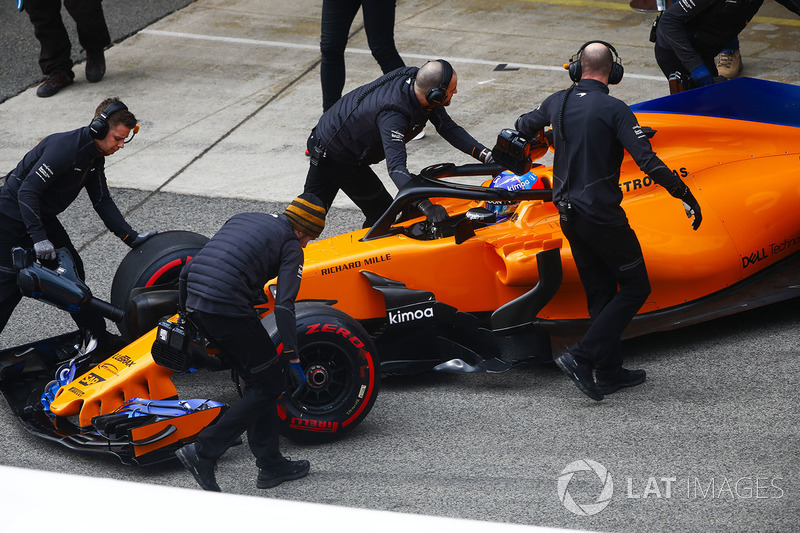 Fernando Alonso, McLaren MCL33, is pushed back into his garage

Red Bull proved it had the best 2018 chassis - Horner