Mercedes boss Toto Wolff says the McLaren meltdown at the end of 2007 means his team cannot afford to relax and think the Formula 1 championship battle is over.

A run of four consecutive victories for Lewis Hamilton has left him 67 points clear of Sebastian Vettel in the drivers' standings, with only four races remaining.

If he wins in Austin this weekend, with Vettel no higher than third, then that will be enough for Hamilton to claim his fifth world title.

But despite the strong position the team is in, Wolff fears that there is always the prospect for something unexpected to happen – and he cites 2007 as a classic example.

Back then, under the old points structure, Hamilton held a 17-point advantage over Kimi Raikkonen with just two races of the season to go, meaning he just needed one third place to claim the title.

But a crash on the way into the pits in China, and a gearbox problem in the final round in Brazil, left the door open for Raikkonen to take the crown.

Speaking about the impact of the sizeable advantage Mercedes has heading in to this weekend's race in Austin, Wolff said: "It doesn't change anything. In 2007, two races to go, 45 points in today's points, and [Lewis] lost the championship.

"Would anybody ever have thought that you could lost 45 points in two races? Impossible.

"I wouldn't want to take the foot off the pedal because a DNF and a freak race, and it's all vanished. It doesn't change."

While Mercedes has worked hard since its defeat in the Belgian Grand Prix to ensure it has maximised its opportunities, it acknowledges there is little it can do to avoid freak circumstances coming in to play.

Wolff added: "The freak incidents happen everywhere and a DNF and a consequent bad result suddenly wipes out a large chunk of your points.

"I don't want to dwell too much about it because this is bad karma, too, so let's just get it done. Let's go to Austin, let's have a strong race weekend and then hopefully seal the championship." 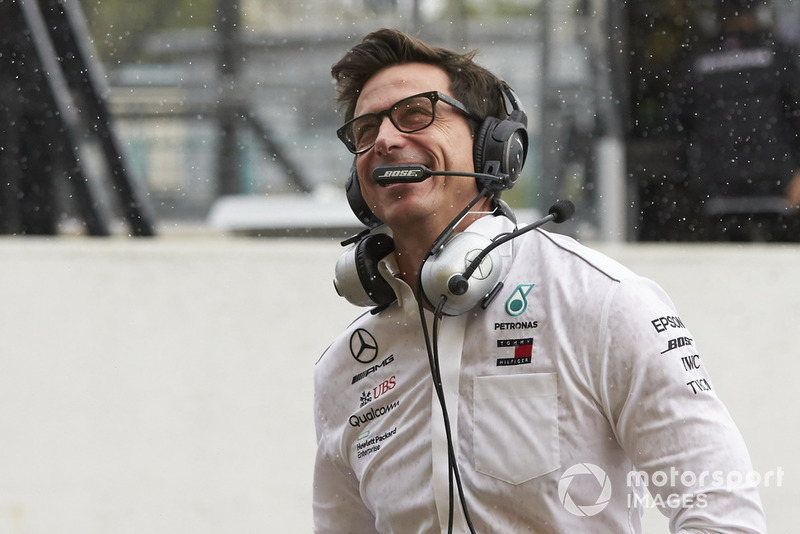 Generation game: George Russell the latest symbol of a shift in Formula 1

Renault warns F1 could lose a manufacturer over costs