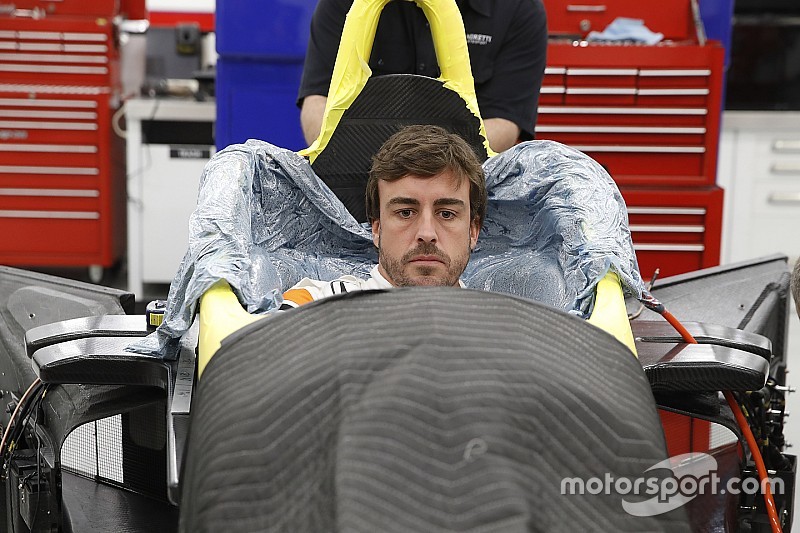 McLaren says putting together the plan to let Fernando Alonso race in the Indianapolis 500 this year was essential to not let the Spaniard's competitive streak be allowed to fade away and "die".

Although Alonso will miss the Monaco Grand Prix to take part in IndyCar's blue riband event, McLaren thinks that the wider benefits of keeping the two-time champion motivated was more important than a potential points haul he could have got in Monte Carlo.

Racing director Eric Boullier said: "Some people have said it's PR, hiding, a smokescreen, whatever - but it's also for him to keep his motivation.

"It's not money. It's not lifestyle. This guy is competitive in everything he's doing, even when he's going out next Sunday racing go-karts at his track - he will be as competitive as this Sunday or 10 years ago.

"He is very competitive, this is one of his talents. You don't want to break it or lose it, you don't want it to die, because it's his fire, his passion inside him.

"And the only way to keep this alive is to give him sometime a bit of fresh air and allow him to do something which is very radical, but something where we get this excitement and will revive this competitiveness, let's say."

While Alonso's frustrations in F1 are clear as he chases his third world title, McLaren is convinced that rookie Stoffel Vandoorne is better able to cope with the current situation because his career is just starting.

And Boullier says McLaren remains totally behind the youngster, even though he has not yet made it out of Q1 so far this season.

"I would not say he is in a comfortable position, but he is in a position where he doesn't have to show at every race what he is worth," he said. "We believe in him, and we signed him for the long term.

"We don't want the situation to carry on too long, but there is no pressure to deliver race after race. But he is okay, he is very well supported by McLaren."

And Boullier thinks that with Alonso and Vandoorne often suffering from reliability problems, it is unfair to judge the young Belgian only on results so far this season.

"If you look session by session, he had a lot of issues with his car but he was never in a proper position to extract the best from his car," he said.

"But we watch the data lap-by-lap, so I can tell you yes a few times during the race, he had it all working on his car and he was driving properly and matching Fernando, which is good. But yes we need a complete weekend with no issues during the race."