How McLaren's 'united' culture is feeding its F1 charge

The ever-smiling Daniel Ricciardo joked after the Italian Grand Prix that key to McLaren’s Formula 1 progress was that team boss Andreas Seidl had finally allowed some artificial stimulants.

“He used to disallow the use of caffeine within the team, and now it's an open shop!” japed Ricciardo when asked about what had built the team’s confidence in recent weeks.

But while the caffeine explanation is certainly wide of the mark, what isn’t is the influence that Seidl has had in helping steer McLaren from the doldrums into a squad that is now, at times at least, a thorn in the side of title contenders Mercedes and Red Bull.

For what is important to understand about McLaren is that its push up the grid has not come about just because the team has unlocked some extra performance from its car.

It’s been very much a case of the biggest change coming from within the team’s attitude itself. It is a squad typified of everyone pulling in the same direction with the right approach: factory staff, engineers, mechanics, drivers, team management and other crew are all in it for each other.

That is in contrast to how things were amid the difficult period after Honda’s re-entry to F1 in 2015, or of the final years of Ron Dennis’s involvement prior to that, where internal politics were tricky to plot a path through.

As Lewis Hamilton pointed out after battling Lando Norris for victory at the Russian Grand Prix: “It’s good to see them united again.”

What Seidl has succeeded in leading is a team that has got its belief back, which has helped deliver a better car, which in turn helps further charge the belief. It’s a virtuous circle that produces F1 results.

As Ricciardo explains: “We're in good spirits obviously, and we're building in confidence.

“I think the team was already building this over the last few years, and it's just continuing on that path. I think everyone's getting settled in the team and I think they're just kind of growing with each other. So, just a good group: a good group of lads and Sheilas!” 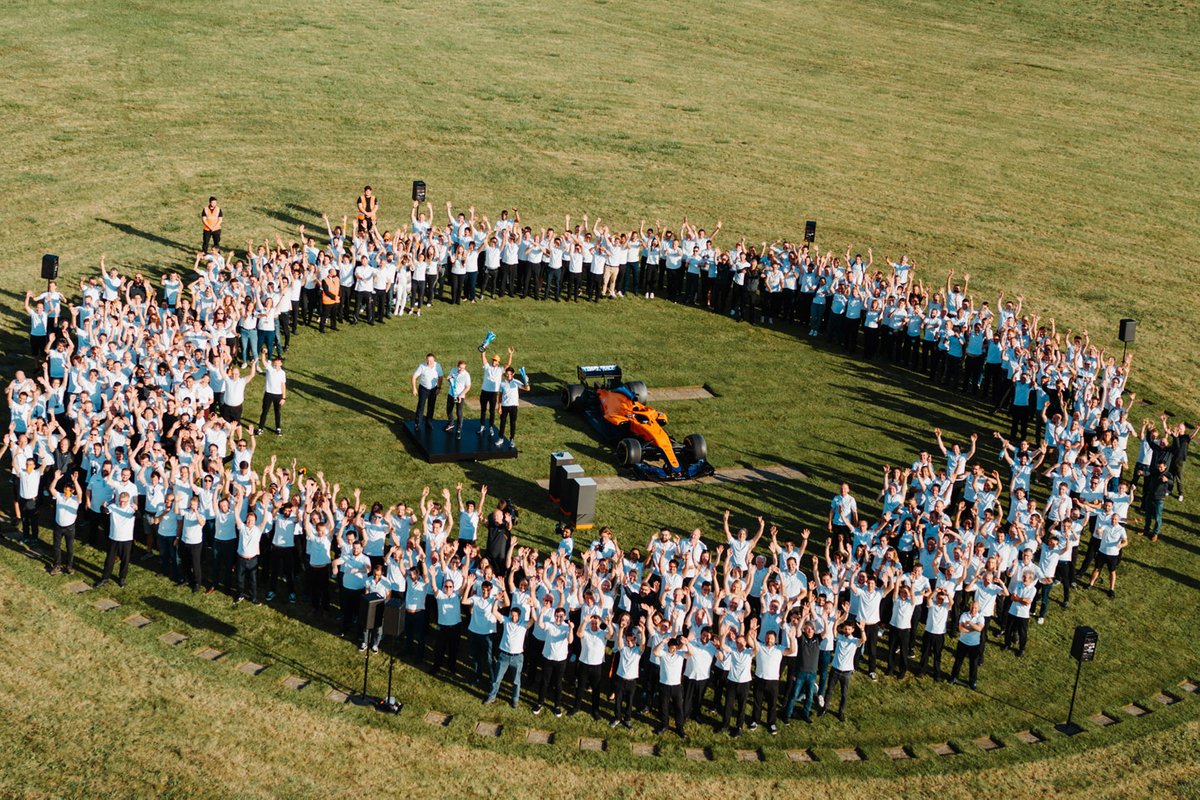 The role of the drivers cannot be underestimated in this, because in Ricciardo and Norris, McLaren has two characters who fit in perfectly with what the team needs. They are quick, personable, happy and willing to go the extra mile.

In Norris’ case, he is even part of the furniture at the team’s Woking factory.

“I've seen the changes in the team and I live too close, three minutes away or something from the factory, so I am always in there,” he says.

“The other week I was almost in there every single day. So I see everyone there, I even see people at the golf club. I see people around because I'm always at dinner and stuff like that – and I even have dinner with some of them sometimes.

“Plus, I like going around to the different departments, just randomly and not because I have to. I do it because I want to go and see how everyone is doing, and say hello.

“It just makes them feel more part of the team, and not like they're just working for someone.

“I want to make them feel part of it as well, and I think Daniel does too. We're one big group, one big family.

But it’s not just a case of McLaren being lucky that Norris lives close by, so he can pop in. The effort made by Ricciardo has been big too, despite complications caused by the coronavirus pandemic.

Speaking about how he has helped harness the buzz at McLaren, Ricciardo said: “It's really about creating relationships.

“It's been a little harder, with COVID. Don't get me wrong, it's nice on race weekends to take the crew out to dinner, and kind of just get to know each other better.

“Ultimately we all share the same passion, and it makes you appreciate you're in it and you're kind of following the same goal together. I think sharing all that is important.

“So we've had to kind of feed that a little bit differently, but thanks to like video calls and group chats, we can still create relationships.”

And it’s this mixture of motivated staff with a joined-up spirit, allied to the right people in the right places, on a wave of progress that is being fuelled by the contribution from the drivers on and off the track, that is propelling McLaren forwards.

Ricciardo added: “I kind of don't want to take any of the credit, and I think with Andreas, he probably won't want to take all the credit either, but what himself and others in the team have built over the last few years, I think they've just put really good people in place and they all kind of support each other.

“There's no shall we call it hierarchy or anything like that. It’s the kind of culture that if someone falls down, you pick them up and move forward together. And I feel that.

“I think everyone in the team really feels privileged to be part of McLaren.” 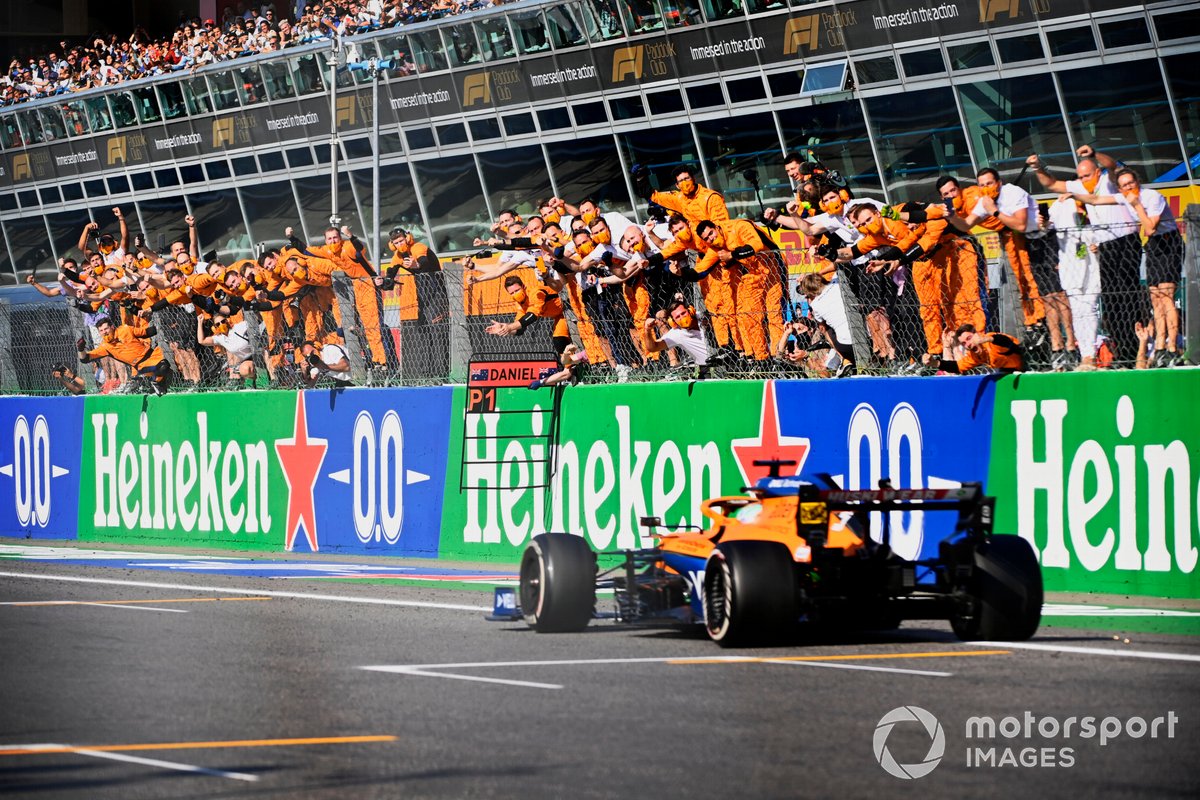 Daniel Ricciardo, McLaren MCL35M, 1st position, takes victory to the delight of his team on the pit wall

Giovinazzi not giving thought to options outside of F1 for 2022