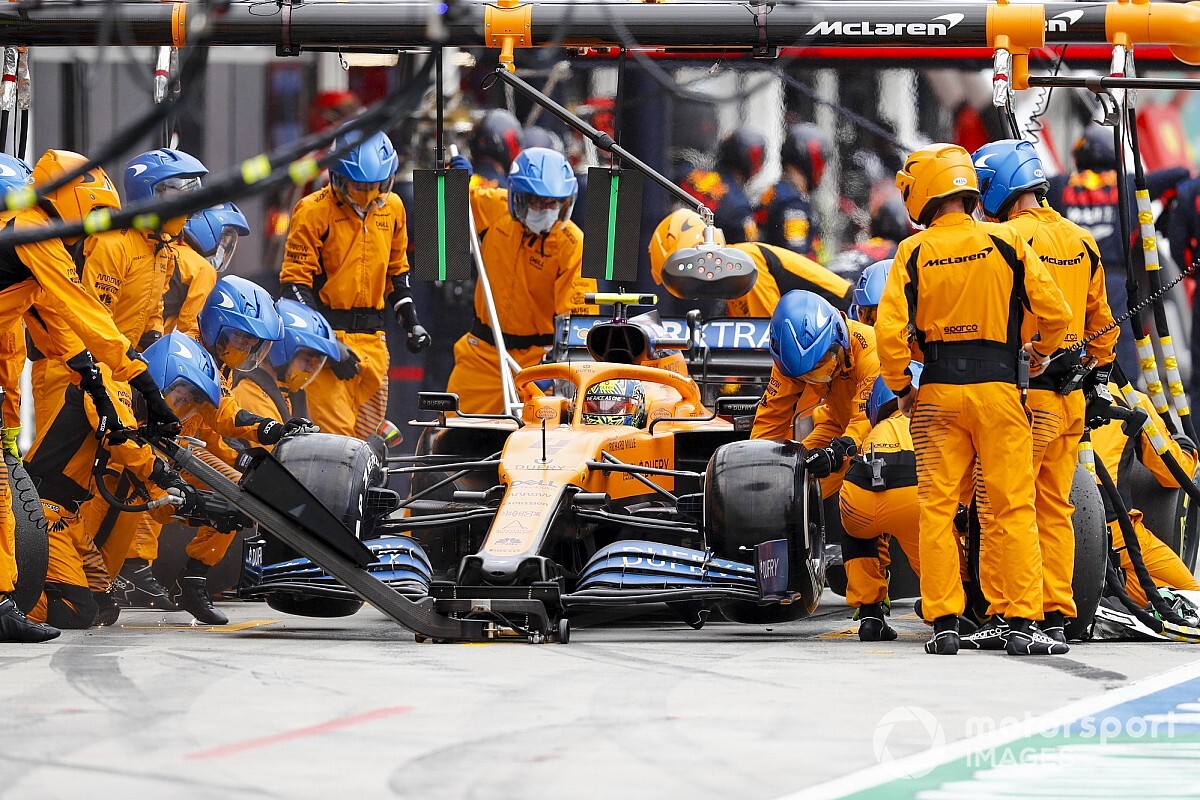 McLaren team principal Andreas Seidl has warned that triple-header races must not become the new standard for Formula 1’s future calendars despite their enforced frequency through 2020.

F1 is set to begin its second triple-header of the season next weekend at Silverstone, after running races on three consecutive weekends in Austria and Hungary earlier this month.

A third triple-header is scheduled at the end of the summer as part of the push to bolster the calendar after the COVID-19 pandemic forced the cancellation of much of the planned races this year. F1 trialed its first triple-header back in 2018, only for the teams to urge that it could not be repeated in the future due to the stresses it placed on staff members.

McLaren F1 team principal Seidl said that while the triple-headers were necessary in 2020 to boost the calendar and help increase the sport’s revenues, it could not be seen as a new standard for future seasons.

“We’re going now into the triple-header with these two races in the UK, which is obviously for the UK teams is not as bad as for some other teams,” said Seidl. “At least we have the possibility to arrive at the track as late as possible with only a short travel, and having a break between these two Silverstone races.

“But at the same time, this cannot be the new standard going forward also in future seasons.”

Teams are currently trying to keep its staff fresh during a run of nine races in 11 weeks, with some opting to rotate roles were possible over the triple-headers. For Seidl, the biggest challenge facing the teams was the sheer amount of time they had to spend on the road through this season, getting fewer opportunities to return home between races due to the strict biosphere protocols.

“I don’t think that the biggest challenge is actually the work we have to do out here at the track,” he said. “It’s also tough work, but I think the biggest issue is being away from the families and the kids and so on, for each team member.

“Going through this first triple-header after this long break we had, I think it’s also not the biggest challenge yet. We need to be aware that the longer we go now in the season, especially the triple-headers that are coming later on, that will be a big challenge for the team.

“What we do from a team side is try to make travelling, accommodation, and everything we can provide to the team here at the track and back at the hotels as comfortable as possible and as good as possible, simply to get through as a team in the best possible shape.

“At the same time, I think everyone inside the team understands that this is a special season, under special circumstances after this virus broke out. We all understand also that it’s absolutely necessary for the existence of the teams that we do these races this year.

“I simply hope that with everything we do together with the team, having an open ear also, listening to where the problems are within the team or each team member, and we hopefully manage to get through in a sustainable way.”

Mercedes: We're not responsible for 2020 "predictability"