McLaren to push on with car development until season's end

McLaren has vowed to keep up the development push on its current car until the end of the season, as it bids to seal its position in the constructors' championship. 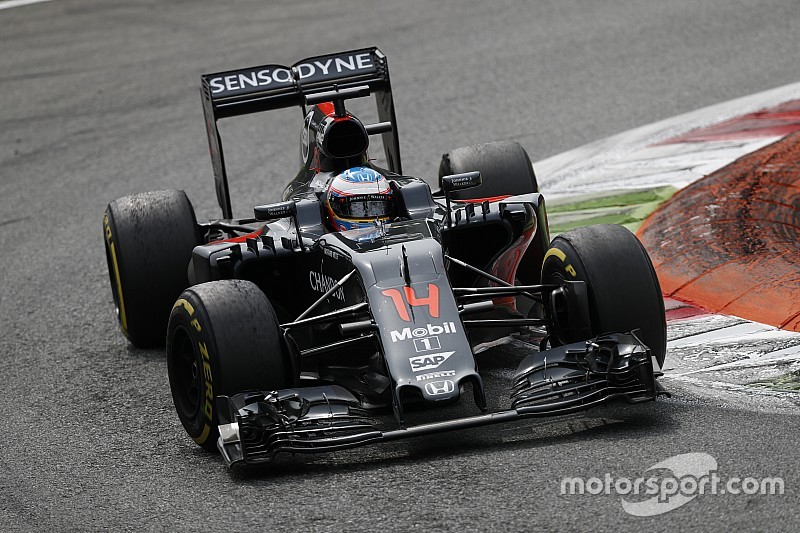 Although most teams are now focusing exclusively on their 2017 cars, McLaren has insisted that it will not give up trying to eke even more performance out of its current Honda-powered challenger over the remainder of this season.

Doing so will be important to securing its current sixth placed slot in the constructor's standings, with it just three points ahead of Toro Rosso.

Racing director Eric Boullier said that McLaren's aggressive update programme – which has delivered new parts at almost every race – is showing no signs of being eased off.

"As we begin the final set of fly-aways before the end of the season, we go to territories where we race at circuits that require a more technical car set-up, with less reliance on pure power," he explained.

"Despite spending the next few weeks far away from the UK, our development push is still ongoing and we're still working hard on achieving performance improvements right up to the end of the season."

Fernando Alonso believes that McLaren can target a return to competitive form in Singapore after a difficult time at the Italian GP.

"We knew Spa and Monza would be among the two most difficult races on the calendar for us," he said. "Now we move to the end-of-season fly-aways and we're optimistic that we can continue pushing for more points and more positive results.

"Singapore is a really fun track, very bumpy and challenging, but it's a quirky layout with a lot of stop-start sections and really fast straights, so you need a car that works well in high downforce set-up and has good traction out of the slower corners."

Boullier believes that the weekend could throw up some interesting situations, especially with the ultrasoft tyre and likely strategy fluctuations.

"It'll be interesting to see how the ultrasoft tyre fares on the bumpy asphalt this street circuit is so famous for," he said.

"Strategy will be an important factor in this year's grand prix, especially given the unusually high likelihood of a safety car appearance.

"Although we weren't in a points-paying position in Monza, we did see some promising performances throughout the weekend, so we're hopeful of a greater chance to show what our package is truly capable of at the Singapore Grand Prix."

Mercedes: We are not favourites for Singapore GP win