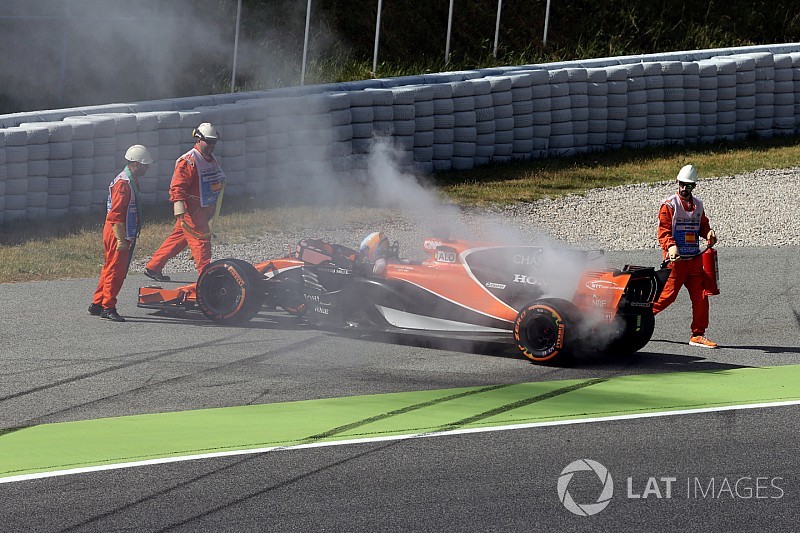 McLaren racing director Eric Boullier says Formula 1’s three-engine rule risks robbing the sport of its identity next year – as he throws his support behind Red Bull’s bid to ditch the plan.

Red Bull boss Christian Horner has campaigned several times to try to reverse the move to limit engine usage even more next year, as power unit usage is cut to just three for the whole season.

A recent effort to bring up the matter in F1's Strategy Group did not get far, though, when Ferrari president Sergio Marchionne made clear he had no interest in going back on the three-engine limit at this stage.

Boullier, though, has backed Red Bull's stance and says there is a danger of F1 losing one of its core attractions through the move.

"For me, it is going too far," said Boullier, when asked by Motorsport.com for his views on the three-engine rule. "Too far also because it is not Formula 1 anymore.

"I am not saying we need 12 engines per race weekend, like 20 years ago. But with three engines per season, where is the technology appeal?

"The other thing is the costs – it has gone the other way. To go less and less and less, it costs a massive amount of money for the engine manufacturers to make it more reliable.

"So, this money is going to be back in the system, and it doesn't help to make a cheaper deal."

F1 chief Ross Brawn suggested recently that the extent of grid penalties had made a ‘farce' of F1, as he suggested future rule tweaks to get rid of the complicated power unit components that were causing trouble.

"Will it be worse next year?" questioned Boullier. "We expose ourselves to something even worse. Less engines. Less electronic parts."

The frustration of the huge run of grid penalties in F1 has been highlighted by Toro Rosso rookie Brendon Hartley, who has had to move down the order in every race he has competed in because of engine changes .

But he says the only consolation he takes from the situation is that the events he has competed in this season are a bonus for him since he has been confirmed as a race driver for next year.

"It is a little bit frustrating," he said. "I've been consistent in my comments that I understand why the rules are there.

"But especially in Mexico I could have qualified pretty far up the order and would have had a real chance of scoring points.

"That was the most frustrating one – but now it is announced I am here next year, these four races are preparation for next year."

Massa being considered for FIA role