McLaren fears it got targets wrong with 2018 F1 car 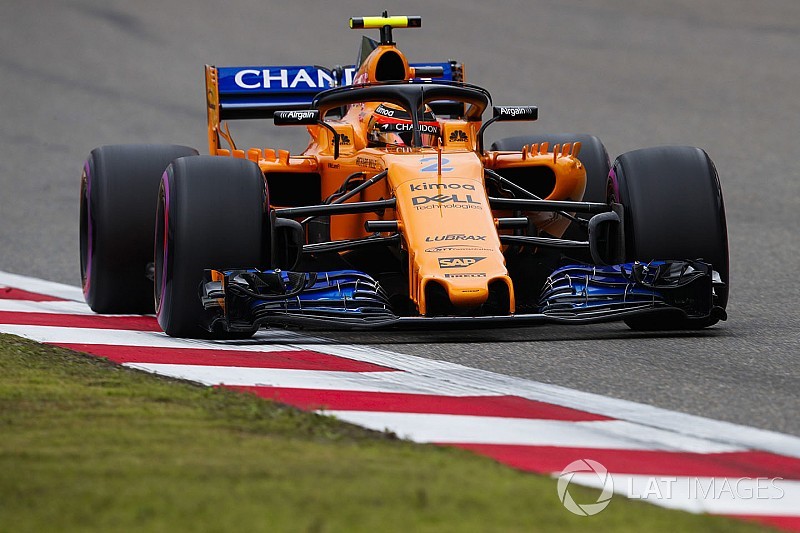 McLaren racing director Eric Boullier has admitted that the team's current struggles could be related to it not being ambitious enough with the performance targets it set for its 2018 Formula 1 car.

The team had hoped to turn its fortunes around in 2018 after a switch to Renault engines, having struggled with Honda power units for the last three years.

However, the pace of this year's MCL33 has not allowed McLaren to fight near the front, its drivers qualifying in 13th and 14th positions ahead of the Chinese Grand Prix.

Boullier said the 2018 car has been meeting the targets set for the season, leading the team to believe that its goals were not ambitious enough.

"The car is a match for the target, so that means maybe the target was not the right one," he said.

He also insisted that the Honda years had not masked fundamental problems at McLaren, elaborating that the car reacts well to changes – but is simply lacking speed.

"The car is still very balanced, if you listen to the drivers, they are happy with the balance of the car.

"Whatever you try on set-up the car reacts accordingly. I think the car has no nastiness, if you want, in terms of design.

"We just need to make the car faster around the corners and in a straight line."

Boullier admitted that having two teams as a benchmark meant that there was nowhere to hide.

"We have the same engine as Renault and Red Bull and we are behind, so there is no hiding, nothing else than fact.

Asked by Motorsport.com if the team's slipstreaming strategy in Shanghai qualifying indicated a fundamental aero efficiency problem, he said: "This is obviously one of the issues, our top speed is not the best one because we are the bottom of the ranking. But it's not the only one."

McLaren has targeted Barcelona for a major upgrade package, and Boullier admitted that this is a challenging period for the Woking team.

"It's difficult, and we are definitely not happy where we are today. We have a lot coming in the pipeline, so hopefully it's going to help us catch up a little bit on the gap we have.

"It's definitely not what everybody was expecting, but it's not easy to step up and to obviously catch up the top three."

The call that leaves the Chinese GP in the balance