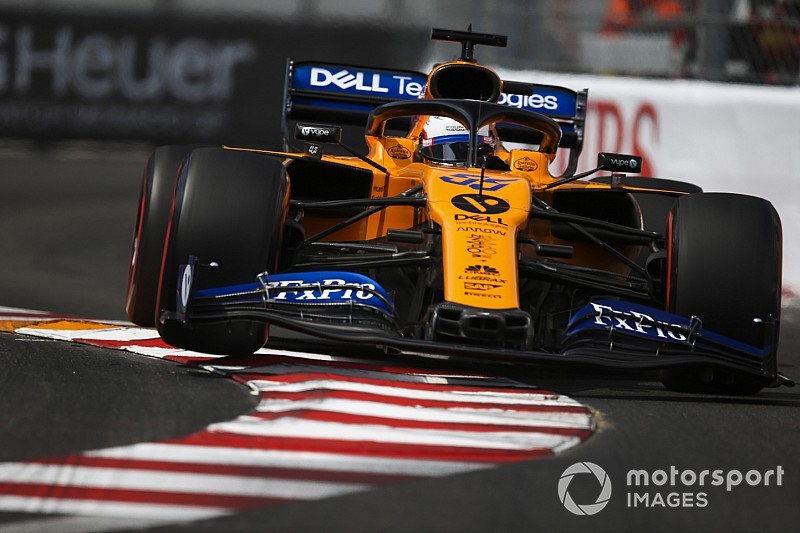 McLaren says it will evaluate whether its push for aerodynamic efficiency with its 2019 Formula 1 car still offers it the best chance to make midfield progress this year.

The Woking-based team is one of several outfits that has looked to minimise drag as much as possible, but is now pondering whether an alternative approach of chasing out-and-out downforce is better.

Mercedes has shown to good effect how focusing on downforce not only helps improve performance in corners, but has also proved beneficial for getting tyres into the right operating window.

McLaren team principal Andreas Seidl said that his outfit pushed hard to minimise drag this year but was open to moving in a different direction with the midfield contest so tightly fought.

Asked by Motorsport.com about whether McLaren would look to switch focus to higher downforce at the expense of drag, Seidl said: "As you have seen from the speed traps, we put a lot of effort in terms of producing a more efficient car compared to last year. We have seen on specific tracks that we have been stronger, or at the top end of the midfield compared to some other tracks.

"That is something that gets feedback into the development, which is still ongoing for this year's car. We have to see which further improvements we can make this year.

"We all know it is a development race in the midfield, three four or five tenths and you are P8 or P16/17. So we keep developing the car flat out back home in Woking and then let's see what happens."

McLaren's high efficiency approach means it has struggled more on tracks with short low-speed corners, which is why it was bracing itself for a tough Monaco Grand Prix.

However, despite a difficult final practice session, a move to go back to settings that had worked on Thursday helped Carlos Sainz get in to Q3.

Seidl added: "With the changes we made to our cars from FP2 to FP3, we somehow lost ground to our rivals in terms of pace. Both drivers struggled with grip and traction and weren't happy with the balance of the car.

"The engineers did a great job staying calm, reverting to settings from Thursday and adjusting the car to the different track conditions for qualy. The car gave our two drivers a lot more confidence in qualy and allowed them to push throughout, ending up in P9 and P12."