McLaren has introduced a new and innovative Paddock Engineering Centre for Formula 1's Belgian Grand Prix, aimed at improving the work environment for engineers and reducing the team's carbon footprint.

Having worked in close co-operation with motorsport truck specialists Schuler, McLaren has revamped its working space behind the pit garages with a new facility.

As well as ensuring that its infrastructure is better suited to the demands of a current F1 team, the new design means McLaren can reduce the number of trucks it takes to races to just four – down from the six it used to bring to each race.

Speaking about the new facility at Spa-Francorchamps on Friday, team boss Andreas Seidl said the Engineering Centre was one element of a major investment push McLaren was making.

"We wanted to have a unit again which represents our brand, the team, in the right way, from a marketing perspective," he said.

"And then obviously we also wanted to give the team a working environment for the European races which is state-of-the-art and allows them to perform at the best.

"I'm very happy to see it step-by-step now after we upgraded our motorhome, the Brands Centre into the so-called Team Hub." 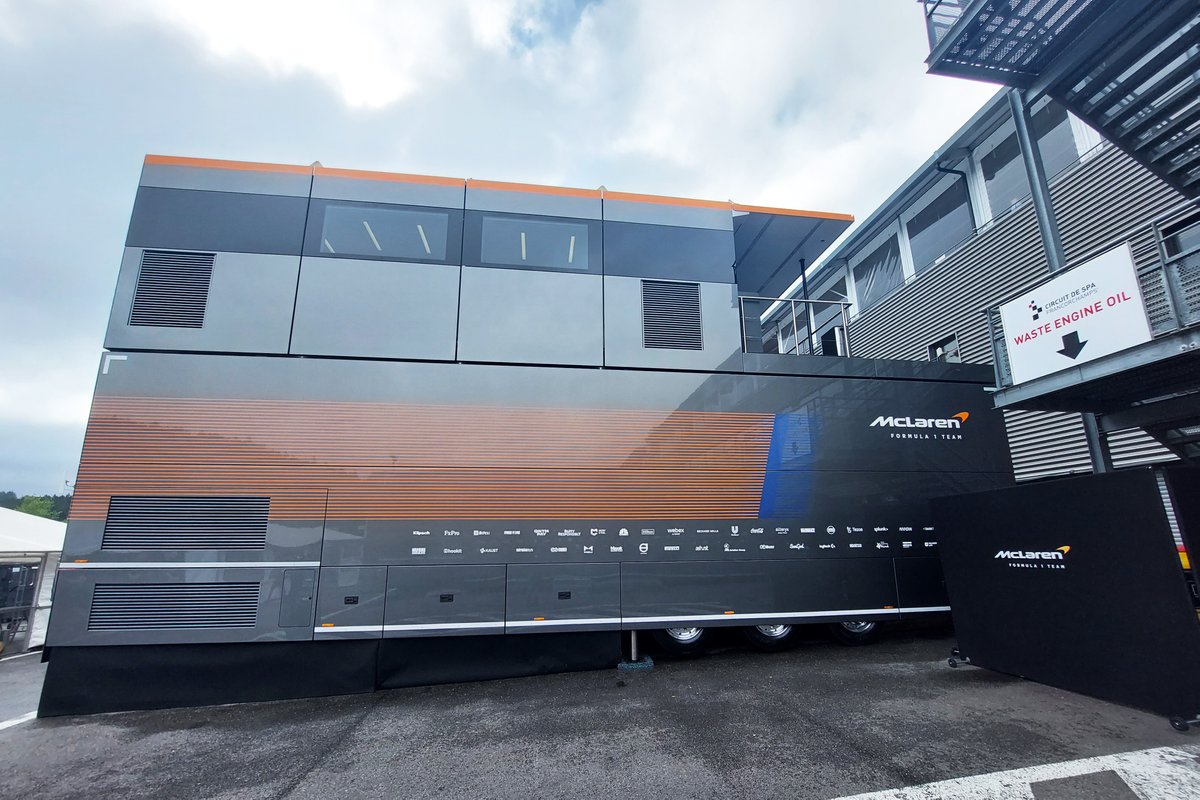 McLaren's new Engineering Centre allows the Woking-based squad to make better use of space in the paddock, where previously trucks were used for holding spare parts in the lower sections and engineering offices on top.

The use of such expanded facilities has been adopted by a number of other teams in the paddock, with Mercedes, Red Bull and Ferrari all constructing similar facilities over a GP weekend to help lift their work environment.

McLaren's push comes with the team knowing it needs to extract more from its car in the second half of the season now that it is nearing the end of its upgrade plan for the campaign.

Seidl said that there would now only be a few minor developments to the MCL35M over the next few races.

"Definitely we're nearing the final tweaks on the car in the next couple of races," he said. "We have brought some small upgrades again here, in the area of the brake ducts, that we will run today.

"Plus, obviously, further trying to explore even more out of the package as it is, by further understanding the package and by doing work in the simulator together with the drivers, in order to get everything out of the car."