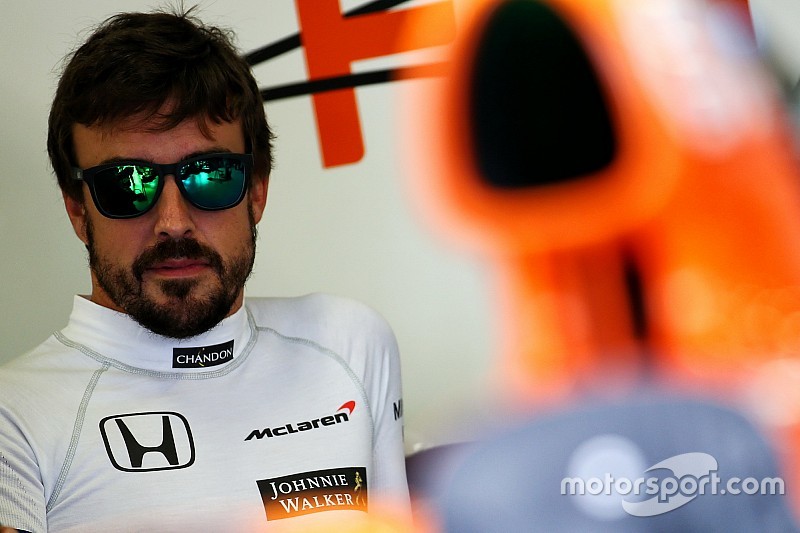 Fernando Alonso says he will not feel McLaren-Honda has reacted properly to its current problems unless it is fighting for the top five regularly.

Alonso, in his third year with the McLaren-Honda, said during the winter that the Honda power unit had no power or reliability.

The Spanish driver has called for a "change of gear" and a "big reaction" from the team and the engine manufacturer after hopes of starting the year strongly vanished with a disappointing pre-season.

But Alonso, whose contract with McLaren expires at the end of this year, insisted that even a reaction that means being in the same position it was at the end of last year is not enough.

When asked if McLaren and Honda were reacting, he said: "We'll see. Everybody is working day and night to improve the situation. We brought a lot of new parts for the car here.

"But there's rule changes, a golden chance to catch Mercedes. It's the third year in terms of the engine project, so we have to be much higher up.

"Last year we were fighting for Q3 more or less regularly and in 50 percent of the races we made it and in the other 50 we were very close, so not being in the top five or six this year is not a reaction at all," he added.

While Alonso refused to see that as a positive result, the Spaniard claimed McLaren's problems had been exaggerated ahead of the start of the season.

"The race is on Sunday. I don't think we feel optimistic or pessimistic," he said. "We had a very poor pre-season without a lot of running, so we are missing a lot to extract and learn from the car.

"But from the Barcelona test until we put the car on track today the problems have been exaggerated, especially from the outside, because it's very juicy to say that McLaren-Honda would be last, that it would not run, that the odds were high both our cars would retire on the opening lap, and all those silly things that keep coming up every day.

"But when you are on track, you try to do your job. Teams try to improve every day and every week and hopefully we have found a bit more reliability that helps us extract more potential."

Hamilton: Mercedes gains since testing "like night and day"