McLaren a "reference" for Renault as engine deal is confirmed 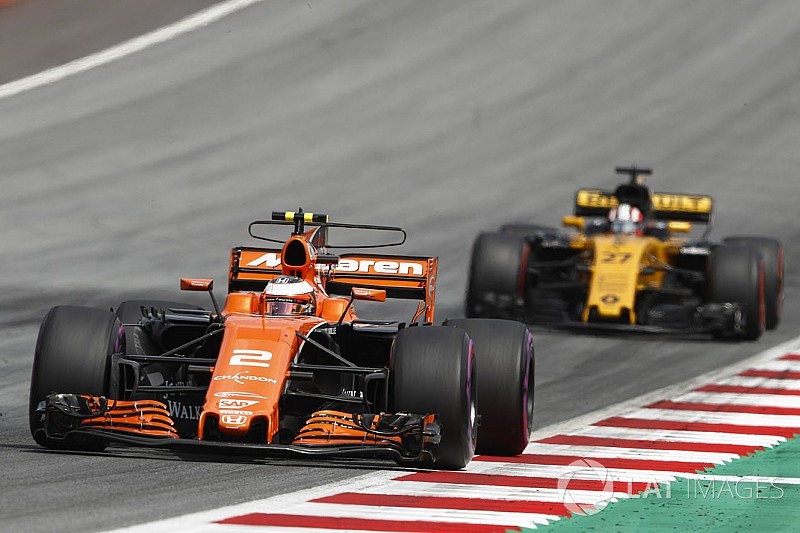 McLaren can act as a "reference" for Renault after the French manufacturer announced it will supply its Formula 1 rival with engines for the next three years, says Cyril Abiteboul.

As part of a flurry of announcements in the Singapore Grand Prix paddock, Renault confirmed it is ending its deal with Toro Rosso and switching the supply to McLaren, who in turn parted ways with Honda.

Renault managing director Abiteboul said the deal is key to helping Renault, which returned as a works outfit last season, achieve its goal of becoming a race-winning team in 2020.

"McLaren is an inspirational team with two talented drivers which should not only support our engine development efforts but also act as a reference and an example in the ongoing construction of our chassis operations," said Abiteboul.

"This is an exciting new beginning with a championship-winning team that is hungry to return to glory.

"This agreement is perfectly in line with our mid-term strategy and with our objective to be in a winning position as a team in 2020.

"We are looking forward to seeing the Renault brand on next year's McLaren and racing our new partners on track."

Renault president Jerome Stoll said the deal was a "strategic" decision that will provide benefits beyond its technical and sporting partnership.

"It is the first time that Renault will work with McLaren and we are proud to have reached an agreement with an organisation that has such a rich Formula 1 history," he said.

"This alliance is not only technical and sporting, but also comes with marketing and communication benefits.

"We know that McLaren will push us hard on track and this competition will be to the benefit of all."

McLaren's executive director Zak Brown said the deal gives his outfit the "stability" it needs to "move ahead with our chassis and technical programme for 2018 without any further hesitation".

He added: "As an organisation, McLaren has always worked extremely hard to form lasting partnerships with its technical suppliers.

"We're convinced that we can bring real value to Renault Sport Racing as we work alongside it to develop this current power unit into a regular race winner."

Renault announces Sainz on loan for 2018