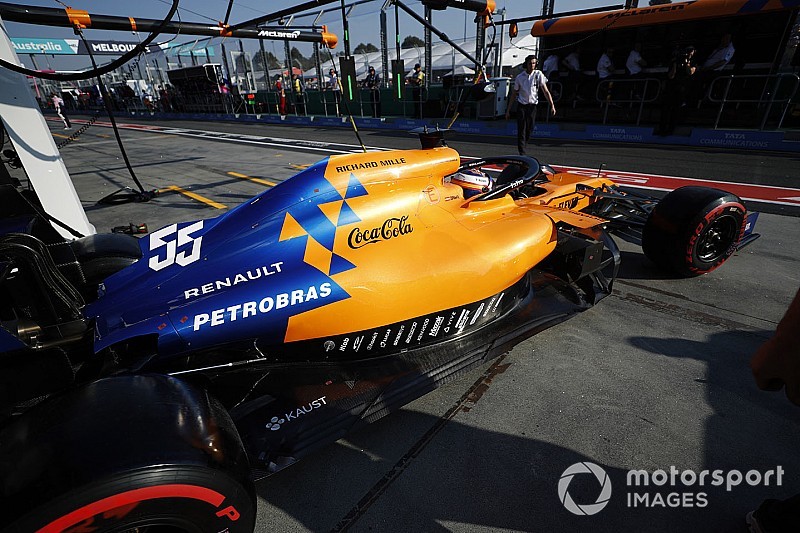 McLaren is not yet using Petrobras fuel after delaying a complete switch to its new Formula 1 technical partner it had planned for the start of the season.

The team admitted last month it may delay using products from the Brazilian company, having struck a deal in February last year to change from BP/Castrol for 2019.

It is understood to be using Petrobras lubricants in the transmission but has not started the campaign using its other products, like fuel or engine oil.

“It’s not currently in the car but we anticipate it being in the car soon.”

Fuel and lubricant suppliers have developed into even more of a performance differentiator in the V6 turbo-hybrid engine era.

Ferrari has continued its long-term partnership with Shell, Mercedes has had a collaboration with Petronas through its run of five consecutive drivers' and constructors' titles, while Renault uses BP/Castrol and Honda is partnered with ExxonMobil.

That means using a different company to the works Renault team, and having its own exclusive arrangement, presents an opportunity for McLaren to find a technical edge.

However, it is a complex process that is made tougher by the need for Renault to find dyno time to test whatever products Petrobras come up with, given it has its own supplier to work with.

There is nothing stopping the outfit from doing so, and at the team’s launch of its 2019 car last month sporting director Gil de Ferran said: "When we make our plans we take all those difficulties into account to make sure we can execute them properly."

Leclerc says he did a "very bad job" in Q3