Norris built on an impressive rookie season in 2019 by almost doubling his points tally this year, as well as scoring his maiden F1 podium at the Austrian Grand Prix.

Off-track, Norris helped raise money for charity during lockdown through his gaming livestreams, and helped further the discussion surrounding mental health in motorsport as part of McLaren’s partnership with the charity Mind.

Norris also explained to Motorsport.com in the summer how he was “struggling a lot” mentally through his first year in F1.

Asked by Motorsport.com about Norris’s work to help break down the stigma surrounding mental health in motorsport, Brown praised the 21-year-old’s authenticity.

“I think it’s great,” Brown said. "What you see is what you get with both of our drivers. I think that’s one of the reasons why they have been so popular and why Lando is so popular.

"Everything that you see him do, that’s him. He takes that upon himself, it’s genuine, it’s authentic. It’s great to have someone who spotlights issues and agendas and it’s done in a very authentic way. I think it’s very important.

“I think Lando has been a breath of fresh air for the sport, and he’s enjoyable to watch. He’s actually a fairly shy person, but that doesn’t come through in his social media. He’s just very authentic. I think he’s very comfortable in that environment.

“We’re very proud that he is so comfortable bringing that issue forward in such a positive way.”

Norris played a key role in McLaren’s rise to third place in the constructors’ championship this year, a result that was clinched thanks to his drive to fifth place at the Abu Dhabi season finale. 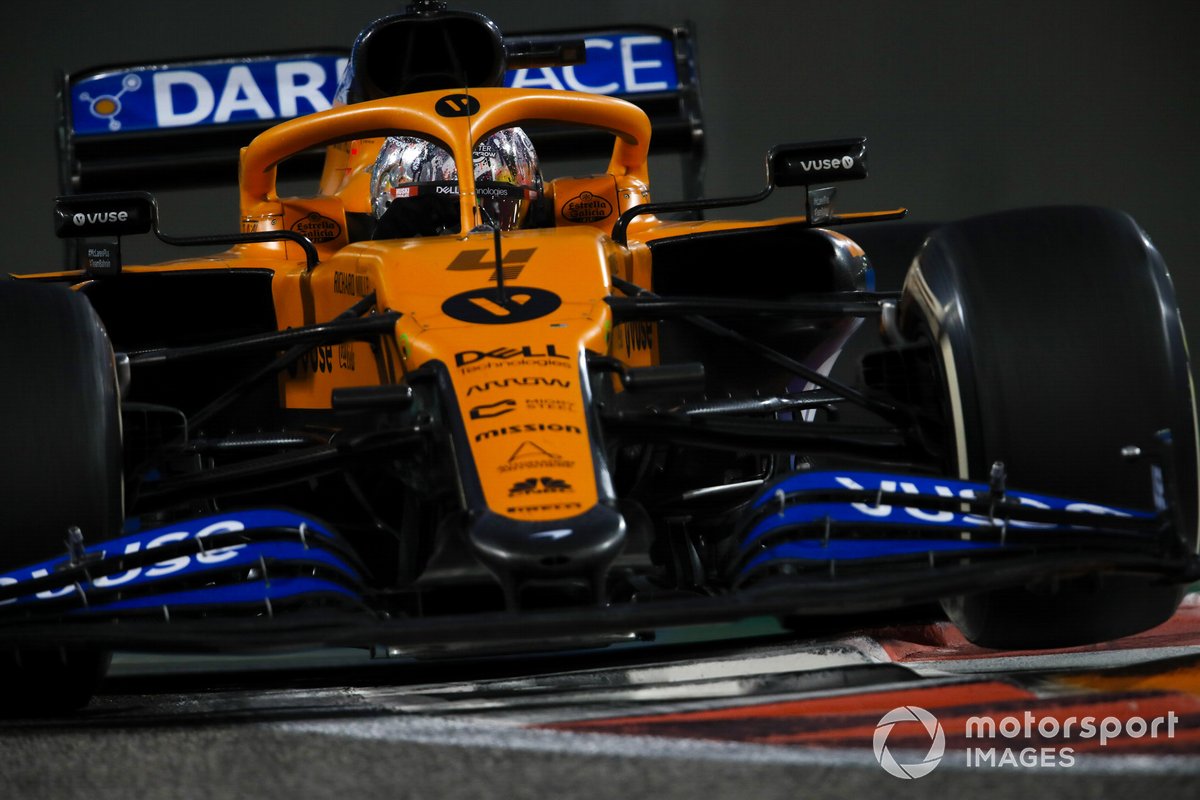 The British driver told Motorsport.com that he found it “much easier” to feel confident in his preparations heading into race weekends for his second season, but did note the added expectations that rookies do not face.

“From a confidence level perspective, it’s been much easier, and I’ve been able to come in a lot more prepared to races and with a lot more confidence and a better idea of what to do,” Norris said.

“But there’s also a lot of things which are still very tough, no matter if you are in your second season, just because of the perspective of things has changed.

“When you come in as a rookie, people see you as a rookie, so when you make these little mistakes, it’s not the end of the world, as you’ll improve it for next year.

“When you come in in your second year, they don’t expect to see these things any more, or a lot less than what they saw.

“You have this kind of different pressure of having more expectation in some ways, and you need to perform on that next level, which in a lot of circumstances, I’ve managed to do, with my  race pace and so on. But there’s still things which are very tough.”