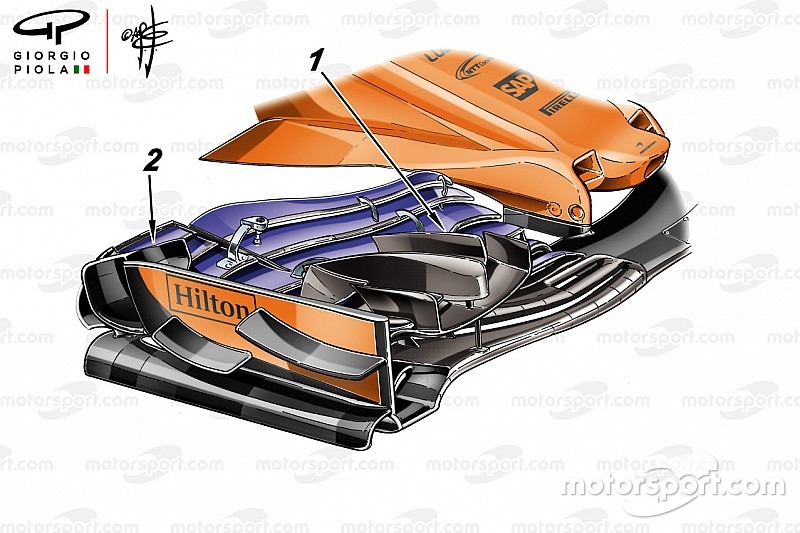 With McLaren playing catch-up this season, its much hyped Barcelona update delivered a good step forward as the team finally had the car it had hoped to start the season with.

However, development is a never-ending process, and in Monaco it worked on further revisions to its new front wing – even though in the end it did not elect to race with it.

The upper cascade elements (1) have been extended in length and reshaped, and now the inner one is actually part of the main structure with the others mounted to it.

On the old version, the outer turning vane was an add on component too.

On the inside of the endplate, McLaren has removed the uppermost canard (inset, 2) and replaced it with a very Mercedes-esque turning vane, which has been christened a 'flipper' (2).

This again will improve the turning moment on the airflow, helping it go around the tyre as opposed to over the top of it.

Both of these modifications are intended to turn more mass airflow around the outside of the front tyre and this will improve the performance of the downforce making parts of the wing.