Who are McLaren’s new Formula 1 investors?

McLaren ended a turbulent 2020 on a high on Sunday as it clinched third place in the Formula 1 constructors’ championship, marking its best finish since 2012.

With the doldrums of the Honda era now far behind it, the team has been on the up in recent times, and was handed another boost on Sunday even before beating Racing Point in the race for third.

It was announced that a consortium led by an American investment group called MSP Sports Capital had acquired an initial 15% stake in McLaren Racing - potentially rising to as much as 33% - for £185 million.

It marked a significant moment for McLaren Racing, coming at the end of a year that has seen the wider group be hit hard by the impact of the COVID-19 pandemic, and points to an incredibly promising future.

But who are McLaren’s new investors, MSP Sports Capital?

MSP Sports Capital was formed in 2019 as a new partnership between Jeff Moorad, Jahm Najafi, Arne Rees and Steve Wasserman, who are listed as the four partners in the company on its official website. Its mission statement is to “invest in professional sports teams, leagues, and businesses in the sports ecosystem that are pursuing ambitious, challenging tasks”.

Despite the relative youth of the company, the experience behind it is considerable. Moorad started out as a player agent back in the 1980s, and grew to be a major player in American sports. He became a shareholder and CEO of the Arizona Diamondbacks baseball team in 2004 before leading a buyout of the San Diego Padres in 2009. The Padres were sold for over $800m three years later.

As well as being a partner in MSP Sports Capital, Jahm Najafi runs The Najafi Companies, which was part of the consortium included in the deal. Najafi also has a wealth of investment experience both in and out of sports. He is involved in the NBA, holding a stake in the Phoenix Suns basketball team.

Moorad has previous involvement in motorsport, buying the Hall of Fame Racing NASCAR team in 2007 along with Tom Garfinkel, who is now involved in the Miami Grand Prix project as chief executive of the Miami Dolphins. Through NASCAR, Moorad met future McLaren Racing CEO Zak Brown, laying the foundations for the new investment.

“I was invited to the Bahrain race in the March of 2019, and attended as a guest of Mumtalakat [Bahrain’s sovereign wealth fund], and during a meeting, I got asked if I would be interested in seeing Zak,” Moorad recalled.

“I knew Zak, I’d interacted with him when I’d owned a NASCAR team some years before. I said yeah, I’d enjoy getting together with Zak again. That ended up beginning this journey, to be frank.

“Zak introduced Jahm and me to Sheikh Mohammed during his time as McLaren chairman, and got to know Mohammed, which was a pleasure, got to visit him separately on another visit to Bahrain and a couple of trips to London.

“Then when [executive chairman] Paul Walsh came on board, Zak recommended that Jahm and I got on a call with Paul one day.

“I spent some time with Paul, more time with Zak, by video call, and determined that there might be an arrangement or a partnership that could be evolved. So we began dreaming at that point, dreaming about what might be able to be put together.” 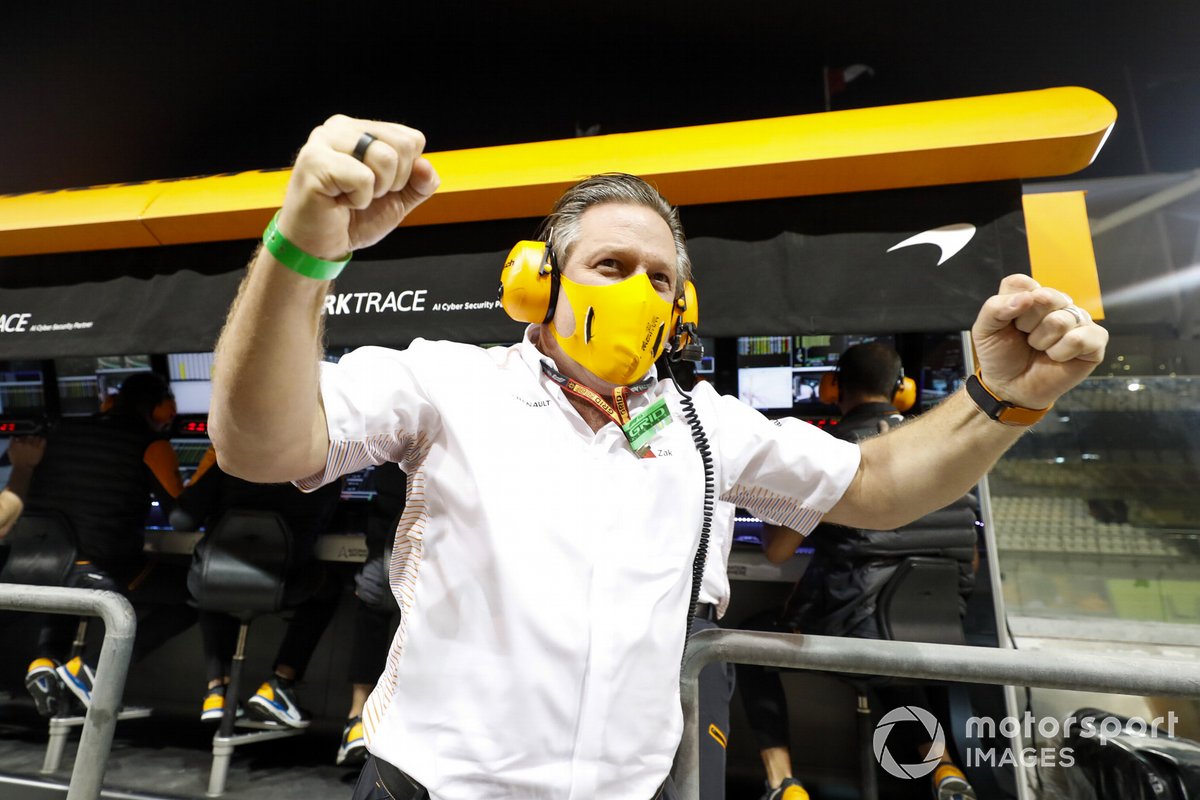 MSP Sports Capital has been interested in entering the F1 for some time. Moorad confirmed there were talks with Force India during its administration proceedings back in 2018, acting as an introduction to the world of F1.

“It was a good education for us, frankly in retrospect, in getting to know the sport a bit,” Moorad said.

“We had a much less serious interest in Williams, but certainly took a look. I don’t think we could have been more pleased with how this has turned out.

“Once our discussions began in earnest with Paul and Zak, we didn’t look back. This was the team that we were interested in.

“If there was a path to create a relationship and a partnership with McLaren, by far it was our first choice, so we’re quite pleased.”

For McLaren and Brown, the investment comes at a time when the stars seem to be aligning at Woking. Mercedes power units are on the way next year, as is a budget cap, and with plans to invest in resources such as a new wind tunnel to make McLaren a major player in F1 once again, the building blocks are slowly coming into place.

“If you look at what Liberty has put together, with the revenue distribution, the governance, the technical rules, but fiscally most importantly, the cost cap, I now have and we now have a business plan and a trajectory ultimately to profitability,” said Brown.

“I think prior to the cost cap, that scenario was not achievable, so now we’re sitting on a plan that gives us the opportunity to get back to the front of the field, and hopefully the top step of the podium, while at the same time having a trajectory towards profitability.” 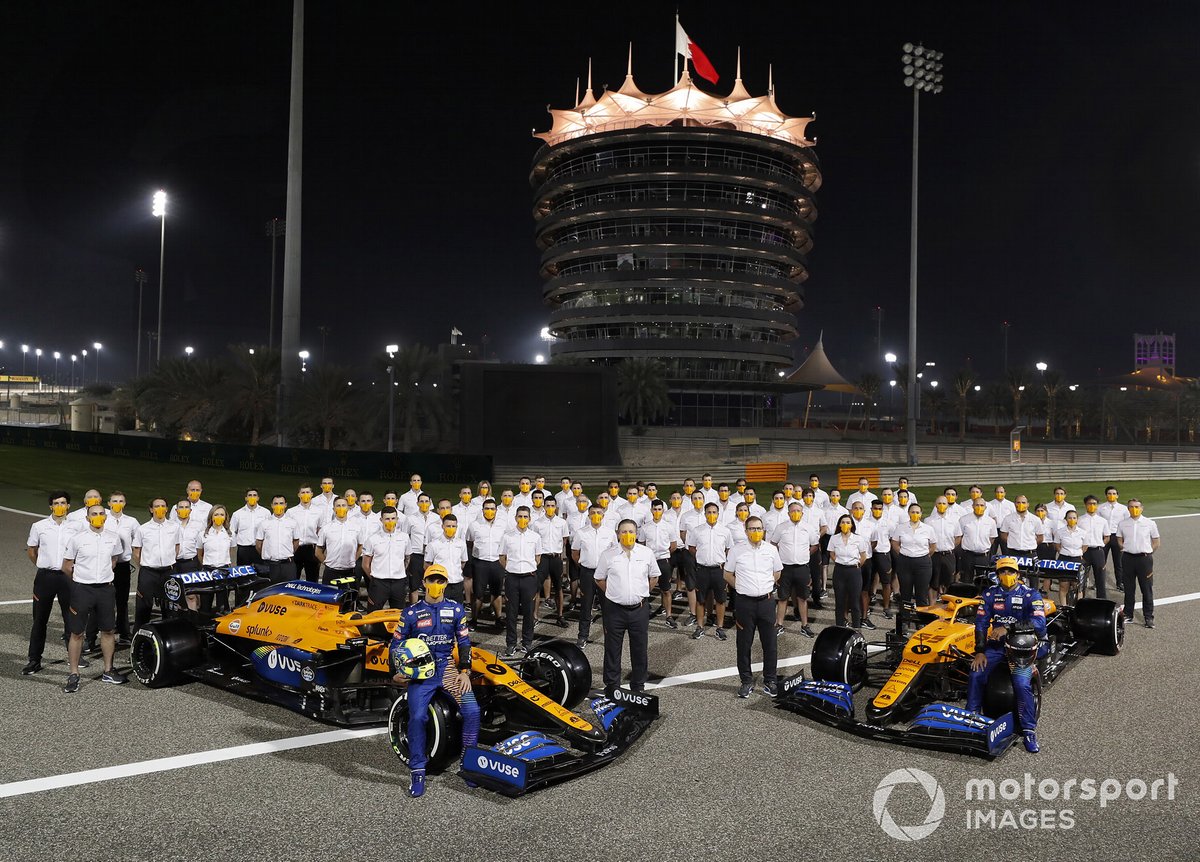 Giving teams franchise value and making them attractive investment opportunities has been part of Liberty Media’s plan ever since its takeover of F1 in January 2017, led by Greg Maffei and Chase Carey. To Brown, MSP’s investment is proof it is working.

“F1 has been who can spend the most and who can afford to lose the most economically, which is not a very attractive franchise model at the end of the day,“ Brown said.

“If you look at the valuation of NBA teams, Premier League teams, Major League Baseball teams, they grow significantly for the shareholders. What Liberty saw when they acquired F1, was the opportunity to change the sport to create franchise value for racing teams to attract investments like MSP.

“MSP coming in to invest in McLaren also validates Chase’s business plan and Greg’s investment in the sport, of what he thought it was capable of. Today is an endorsement of where they've set the sport for the future.”

It’s an endorsement of F1, but also of McLaren. MSP Sports Capital’s ethos places a great focus on having the right people in the right places, and relying on a network working together. For Najafi, McLaren provided a prime opportunity to capitalise on the people already in place.

“In over 35 yeas of my investment career, I’ve rarely come across a combination of the right team in the right league with the right people,” Najafi said.

“McLaren Racing is exactly that. Under the overall guidance of Greg, Chase and Stefano [Domenicali] for F1, and their overall vision of what they plan to accomplish in the future for F1, and of course for McLaren itself, Paul, Zak and Andreas are a great team of individuals who we truly believe in.

“It’s so rare to find the right individuals and people in these similar situation for us to partner with that we had no choice but to make sure that we make this investment and partner with them.

“This is very exciting for us. We believe in the overall vision that Zak has for the team, and we are excited as I indicated to support his overall strategy of making sure the team continues to be competitive and in the not too distant future, winning a championship.” 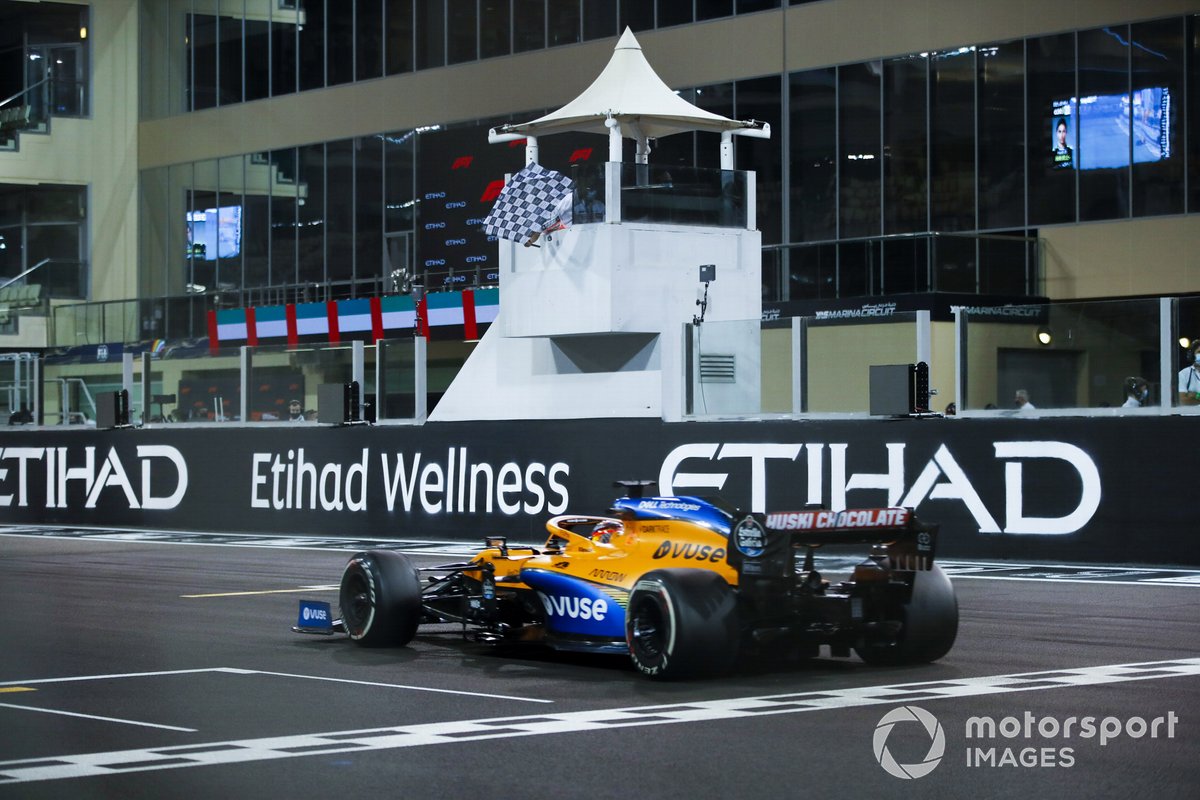 Bottas: Second in F1 standings "can’t be that satisfying"