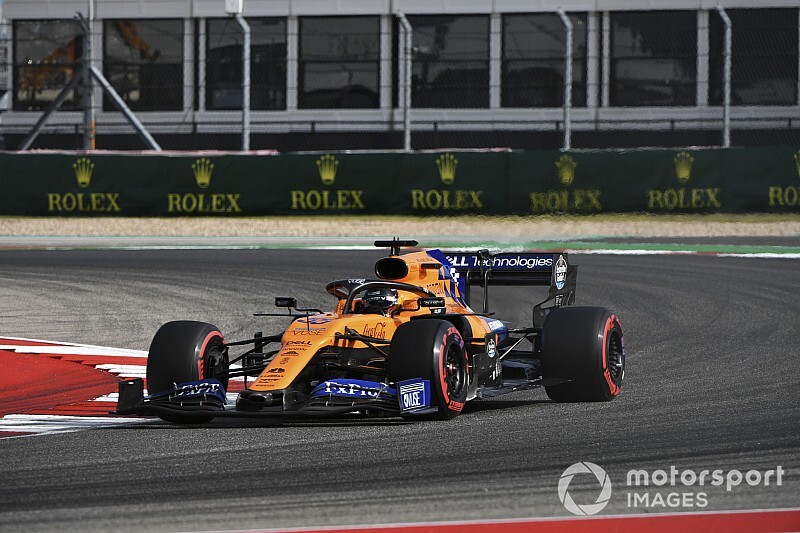 McLaren has faith that it will not suffer a repeat of its Mexican Grand Prix race slump in Austin this afternoon, after discovering its issues last weekend were caused by breaking aero parts.

The Woking-based outfit had looked in a good position prior to the first stops in Mexico before its race fell apart.

First, Lando Norris suffered a troubled pit stop as a wheel failed to get attached properly, and the resulting delay effectively wrecked his race. More baffling for the team though was the way in which Carlos Sainz’s pace simply fell away on the hard tyre.

While initial suspicions pointed to some setup or handling issue in overheating the tyres, investigations by McLaren have subsequently found the problems were triggered by parts on the car degrading and not performing as well as they should have done.

Asked by Motorsport.com if the team had got to the bottom of what went wrong, McLaren boss Andreas Seidl said: “We saw in the data that we had some aero losses in the first stint, simply down to some degradation of some parts. This then triggered a loss of performance on track.

“Then we switched to the hard tyre and, to a certain degree, we tried to compensate by over-driving the tyres for the loss of performance we had to try to stay in the race, which made the problem even worse.

“We analysed in detail afterwards what happened and, in the end, it was important to correct all the bits on the car as well when we started here on Friday. So far it looks a lot better, it looked okay, and so we are confident that these issues are covered for here.”

Sainz, who has qualified seventh for the United States Grand Prix, shared his team’s confidence that what happened in Mexico was a one-off.

“I believe the problems of Mexico were a bit of an outlier,” he explained. “We did see some issues on the car with the way the aero of my car worked since lap five, so we expect here to be better.

"However, it will still be tough on race pace with Renault and Toro Rossos, but hopefully not as bad as Mexico.”

Sainz does have some concerns, however, that a change of wind direction for Sunday’s Austin race, which will make it harder for cars through the quicker first sector, may hurt McLaren.

“There have been certain track condition changes from Friday to Saturday that have clearly helped our car ,” he said, with the wind direction have switched since Friday.

“On Friday we were struggling to lead the midfield like we have done in previous weekends on one lap pace, and on Saturday, as soon as we put the car on track with different conditions, the car was responding much better to our inputs.

"We didn’t do any major setup changes so we know it is something related to track conditions. That immediately felt a different car, a much better car and helped us to lead the midfield with a bit of margin.

“But the race looks like the conditions will be more similar to Friday, so will be a bit more of a challenging day for us I fear.”