McLaren says its podium finish in Formula 1’s Emilia Romagna Grand Prix has delivered proof its MCL36 is a better car than it looked earlier in the season.

The Woking-based squad endured a difficult start to the 2022 campaign, with brake problems marring the final pre-season test and it subsequently having a tough first event in Bahrain that it left without any points.

Since then, however, its car has looked more competitive and, at Imola last weekend, Lando Norris was able to qualify third in the wet/dry Friday session before finishing behind Red Bull duo Max Verstappen and Sergio Perez on Sunday.

McLaren boss Andreas Seidl reckoned that following a fifth and sixth placed finish in Australia a fortnight ago, that the indications point to the current form being a realistic picture of where the team is at.

"Of course, scoring a podium in the current situation, one of the two cars need to have an issue from the Red Bulls and the Ferraris, because they seem to be a big step ahead in terms of performance, but at the same time it's not just about performance.

"It's about putting the race weekend together as well, which we did this weekend." 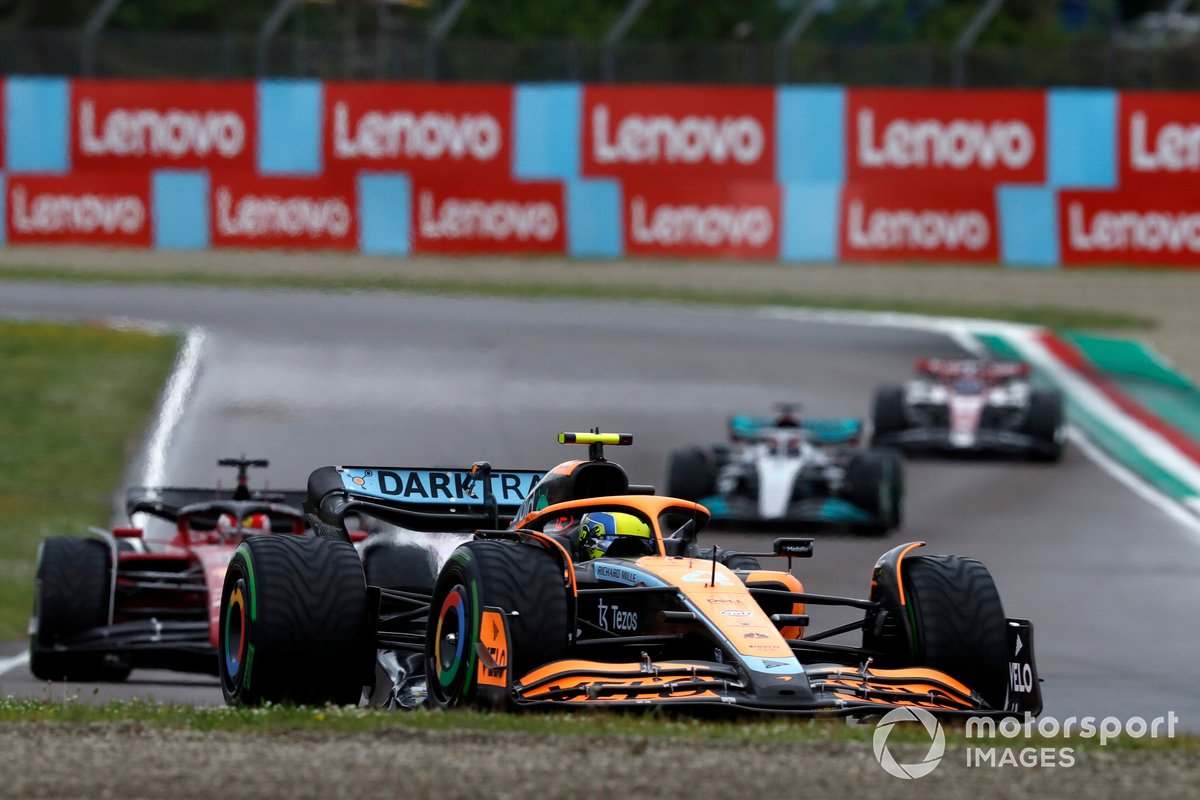 Despite the good result that has helped McLaren to fourth place in the constructors' championship, Norris thinks the team still needs to bring "next level" improvements to have any hope of consistently fighting nearer the front.

"We need the improvements everywhere: high speed, medium speed, and slow speed, maybe more bias towards the slower to medium speed," explained the Briton. "But as a package, everything needs to be just that next level, you know?

"As we've said in the past, the balance has been good. And we're happy with the balance. It's just you do a good lap, you do something that feels good, and you are just slow because you go around every corner slower than the others.

"So it's not easy: you want to focus on everything but over this long season, you have got to focus on certain things first.

"We've not brought anything big. I know there's been big steps but it's not like we've brought a new floor or new things or whatever. So, just smaller things. But those smaller things seem to be having an effect when you put them all together on a weekend like this."

Ten things we learned from the 2022 Emilia Romagna Grand Prix