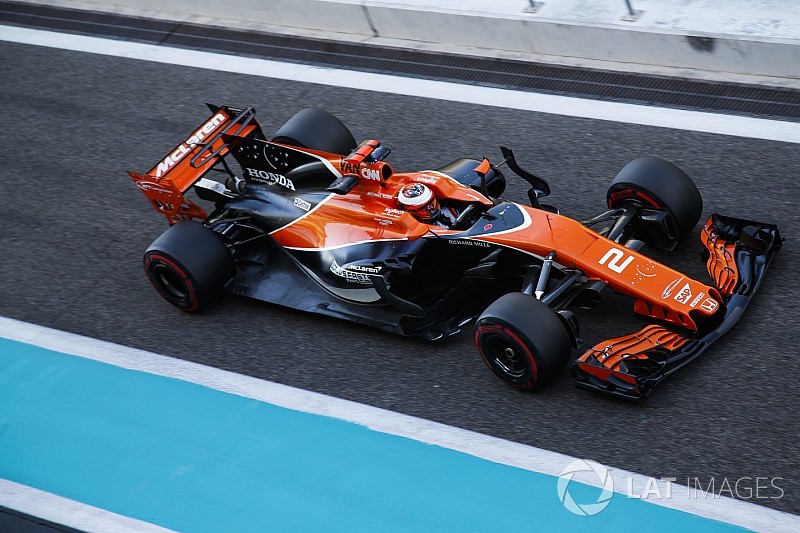 McLaren is determined to avoid having a "peaky" 2018 Formula 1 design and is focusing on making its new car's handling user-friendly for Fernando Alonso and Stoffel Vandoorne.

Reigning champion Mercedes admitted its "diva" 2017 design was hard to get consistent performance from.

Ahead of a season in which it hopes its switch from Honda to Renault power will end its five-season win drought, McLaren technical director Tim Goss said the team had prioritised making the car's characteristics amenable.

"So much of producing a great F1 car these days is giving the driver a car that they can exploit," Goss told Motorsport.com. "There is no point in giving them a car with very peaky performance.

"What we are trying to do is give the driver something that operates very well over a broad operating envelope."

Goss said McLaren had taken that approach to its first design of the new aerodynamic regulations last year.

"Initially we are not worried about what level of performance we are going to put on the car," he explained.

"What we wanted to do was understand the flow physics and try to get good, well-behaved aerodynamics across the range of the operating envelope of yaw/steer/roll and ride-height.

"And only when we did that and we were happy that we had well-behaved aerodynamics did we start to build the performance.

"So our approach these days is very much about giving the driver something they can trust and work with, and peaky load is in our view not the way to produce a quick aerodynamic package for the driver, or vehicle dynamics change."

Goss said McLaren had decided not to try to compensate for Honda's lack of straightline performance with a low-drag 2017 design or set-ups.

"Even trimming a bit of downforce off the car and trimming to a lower wing level, we were still not going to get our car to the point where we have that raceability in a straight line," he said.

"So our approach has been to always go for the quickest laptime and our tactics coming to a race weekend were to qualify as well as we can, and then aim to defend that position based on laptime. In some races that was extremely difficult.

"We improved the car quite considerably around the Hungarian GP, had a great race in Hungary and then got to Belgium and just went backwards.

"We went backwards not because of our laptime but because we had zero ability to defend in a straight line.

"That period of Belgium/Italy was immensely frustrating because we knew we had car performance but we couldn't defend.

"We are here to win races and win championships and with the car the approach we take is to design around success.

"Rather than put sticking plasters to try to cope with the fact that we had an underpowered engine, what we really wanted to do is develop the best car and assume the engine is going to come."