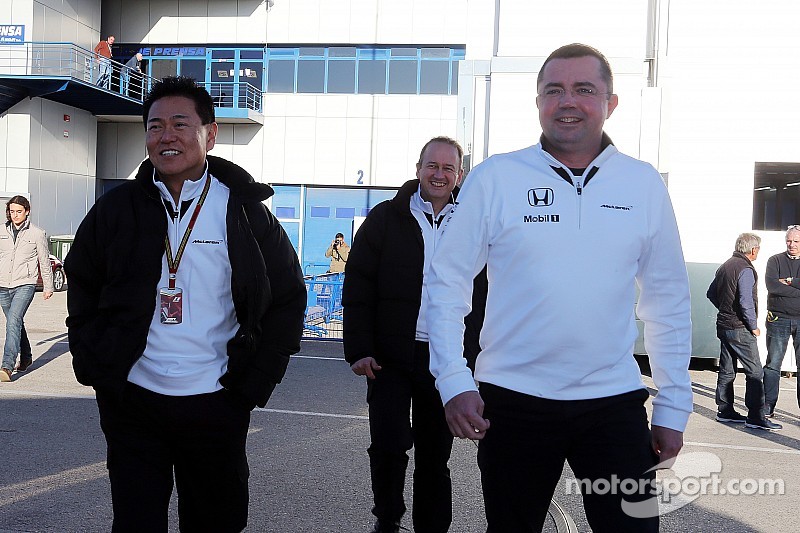 Horse power and downforce are not the only challenges taking place behind closed garage doors at McLaren-Honda this pre-season.

A report in the Spanish sports daily Marca claims that although the famous companies achieved huge success in F1 decades ago, they are once again going through the motions of learning how to work closely together in 2015.

"There is a group of mechanics and engineers working on the car," team boss Eric Boullier is quoted as saying, "and another learning how to work with the Honda technicians.

"Then they will change so everybody learns," he added.

Marca said the cultural and language barrier between the British team McLaren and the very Japanese engine manufacturer Honda is being overcome.

"Before, with Mercedes, there were some Germans but also Englishmen, but now there are only Japanese and that requires adaptation," Boullier admitted.

A useful key to unlocking the cultural divide is Jenson Button, the British driver who won his first Grand Prix for the works Honda team in 2006.

He also has a Japanese wife, the model Jessica Michibata "and I know how they are culturally", the 35-year-old said.

"It is true that even when they say 'yes' it does not always mean the same as when we say it," Button added.

"I remember going out for a few laps, speaking to them and saying 'change the floor' or the wing. They said 'yes, yes, yes', I went out again and the car was the same," the Spaniard said.

Not a big deal according to team

McLaren's engineering director Matt Morris, however, paints a different picture, claiming the language and cultural barrier is not too high.

"All the senior engineers, all the engineers here at the race track, speak good English," he is quoted by Speed Week at the Jerez test.

"Even during our visits in Japan, the language was not a problem," he added.

On the track, it was a tough opening test of the pre-season for McLaren-Honda, but Morris said that with eight more test days before Melbourne, he is not worried.

"Honda brings something new almost every day," he revealed. "And that will be the same in Barcelona too.

"We have an internal goal for Melbourne, and we still running to the plan."