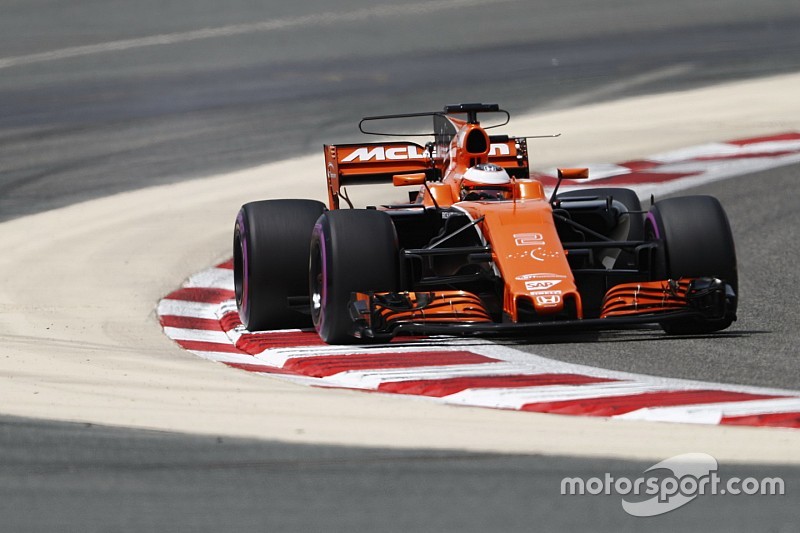 Stoffel Vandoorne says McLaren and Honda must get to the bottom of why their final day of testing in Bahrain was so good if it is going to move its campaign forward.

After a difficult Bahrain Grand Prix weekend and restricted opening day of running in the in-season test, Vandoorne managed to set the fourth fastest time and complete 81 laps on the final day in what was McLaren's best outing of the year.

The situation was slightly puzzling for the outfit because the engine was the same specification as the one that had hit trouble after two laps on the first day.

But rather than get carried away with the positive turn, Vandoorne says there is no feeling of celebration after just one decent day of running.

When asked by Motorsport.com about whether he felt McLaren had needed some good news after a run of difficulties, Vandoorne said: "I don't think we need one day like, I think we need it to be all the time like this.

"So yeah, it was good but there is no guarantees that the next time it will be good again.

"So I think we need to learn carefully what we've done today and hopefully carry that forward to the next event and see some improvements. Days like this are how it should be."

Vandoorne said the full day of testing had at least finally allowed McLaren to work on better understanding its chassis, which should help it make progress in the forthcoming races.

"I think from the team's point of view it was very good to go in different directions," he said. "There were some new bits that we wanted to try out: some quite fundamental things which we had to learn about. So we've actually been going left, right and center with the setup.

"That was good for the team to see where the performance comes from and also good for me to know which direction the car is performing better. So a productive day."

He added: "I think the baseline of the car is pretty strong, during the weekend I actually felt comfortable in the car and chassis is behaving well. I think over the next few races we will bring some more bits to the car and eventually we will get strong.

"But we know that our biggest deficit is still the power and there is a lot of lap time to be gained with that so, hopefully we can from our side bring new pieces to the track, bring them to the car and show that the car is going in the right direction. We need to see when the power unit will make a step forward."

Vettel: No fears Russian cold will hold Ferrari back