McLaren "hasn't progressed at all" in 2018 - Vandoorne

Stoffel Vandoorne believes McLaren has not made any progress in Formula 1 this season after admitting it is “difficult to get a worse weekend” than the Belgian Grand Prix. 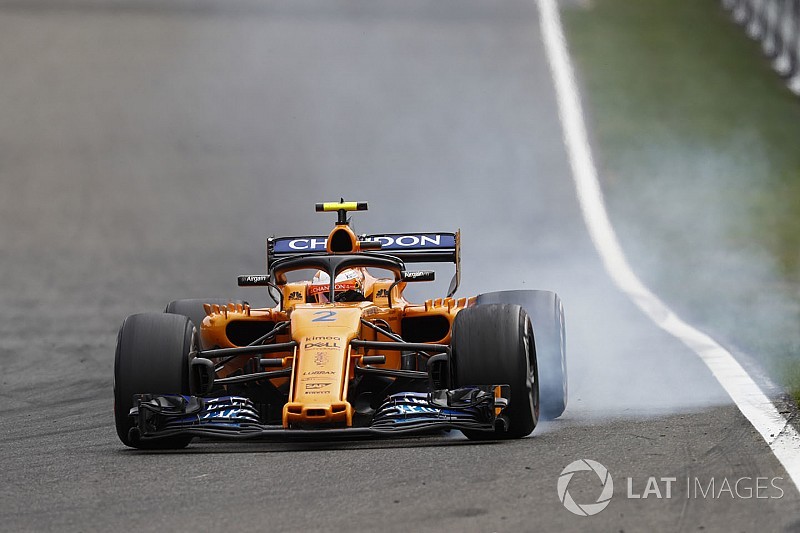 Vandoorne was last of the 15 finishers at Spa, having qualified slowest as both he and teammate Fernando Alonso lacked pace from the opening practice session.

McLaren’s slump means it has scored points in three of the last eight races, which has dropped it away from the Renault/Haas fight for fourth in constructors’ championship and closer to Toro Rosso and the Honda engine McLaren ditched for 2018.

Vandoorne said: “It’s difficult to get a worse weekend. We’ve seen the performance we have is very far away from being good.

“There’s not really an explanation.

Alonso has previously pointed out that McLaren has suffered from not bringing major updates this season, apart from in Spain.

McLaren has had trouble identifying aerodynamic stalls on its car in the windtunnel, which has stopped it fixing its problems. 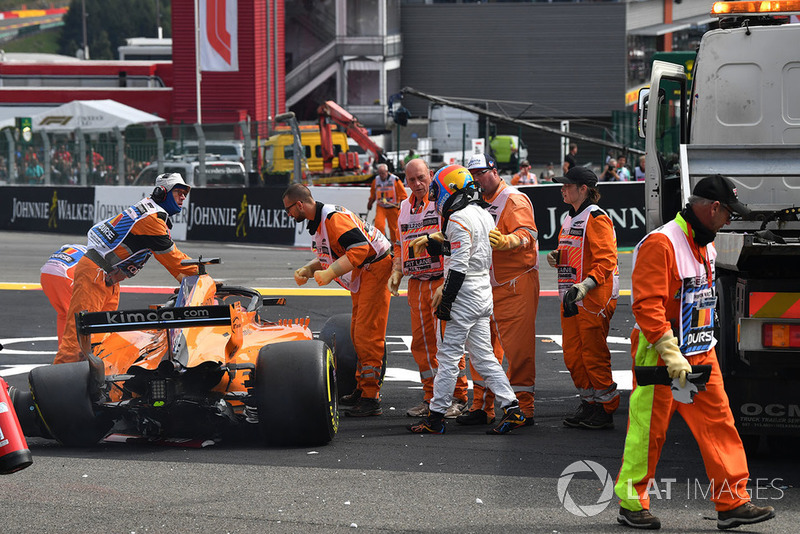 The team's sporting director Gil de Ferran said the race, which Alonso was eliminated from after being sent airborne in a spectacular first-corner crash, was “a disappointing end to a difficult weekend”.

After qualifying, de Ferran had pointed out that although McLaren has primarily struggled with the aerodynamic performance of its MCL33 this year, Spa also exposed a major top speed deficit that has also contributed to McLaren’s struggles.

McLaren was 2.3 seconds off the pace in qualifying, its relative deficit almost a second bigger than what it was in the same session last year.

It is understood to be suffering from misjudged gear ratios, set at the start of the year, which at Spa left them bouncing off the rev limiter too early.

“There’s no shying away that it’s been a difficult year so far,” said de Ferran.

“This is a difficult car [and] particularly this weekend has exposed a lot of our weaknesses, mainly in straightline speed.

“The car has other issues as well, but that’s a big one which became very apparent here.”

Vandoorne said McLaren cannot hide from its bad performance in Belgium, which he admitted did not come as a surprise.

He hopes next weekend’s Italian Grand Prix, on a Monza circuit that is even more power-sensitive, will be better but said McLaren will probably need to wait a bit longer for better weekend based on its showing at Spa.

“There haven’t been many encouraging things this weekend,” he said. “It wasn’t the nicest race of the year.

“Monza will be very difficult again. It’s again a circuit with a lot of straights

“We’ll see. Maybe we have a couple of opportunities later in the year to score some points, like in Singapore.”