The McLaren Formula 1 team is to run its cars in a striking blue-and-orange Gulf Oil livery for next weekend’s Monaco Grand Prix. 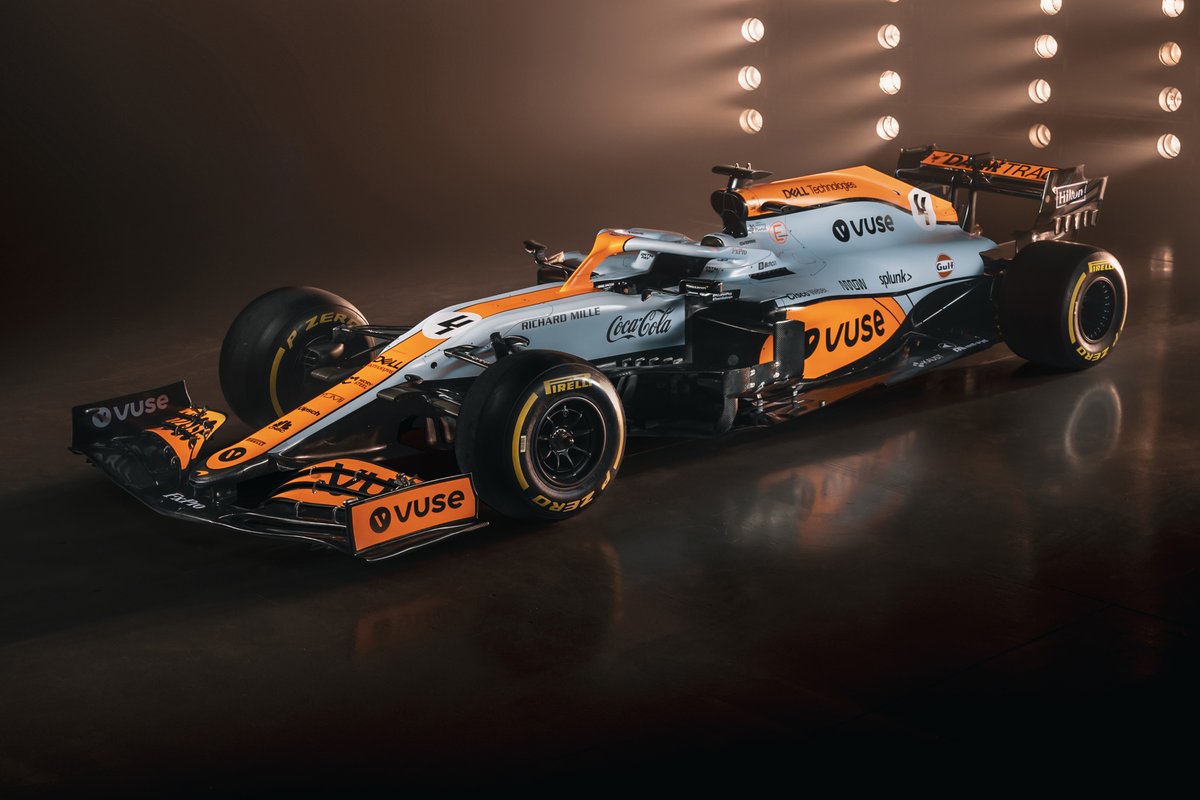 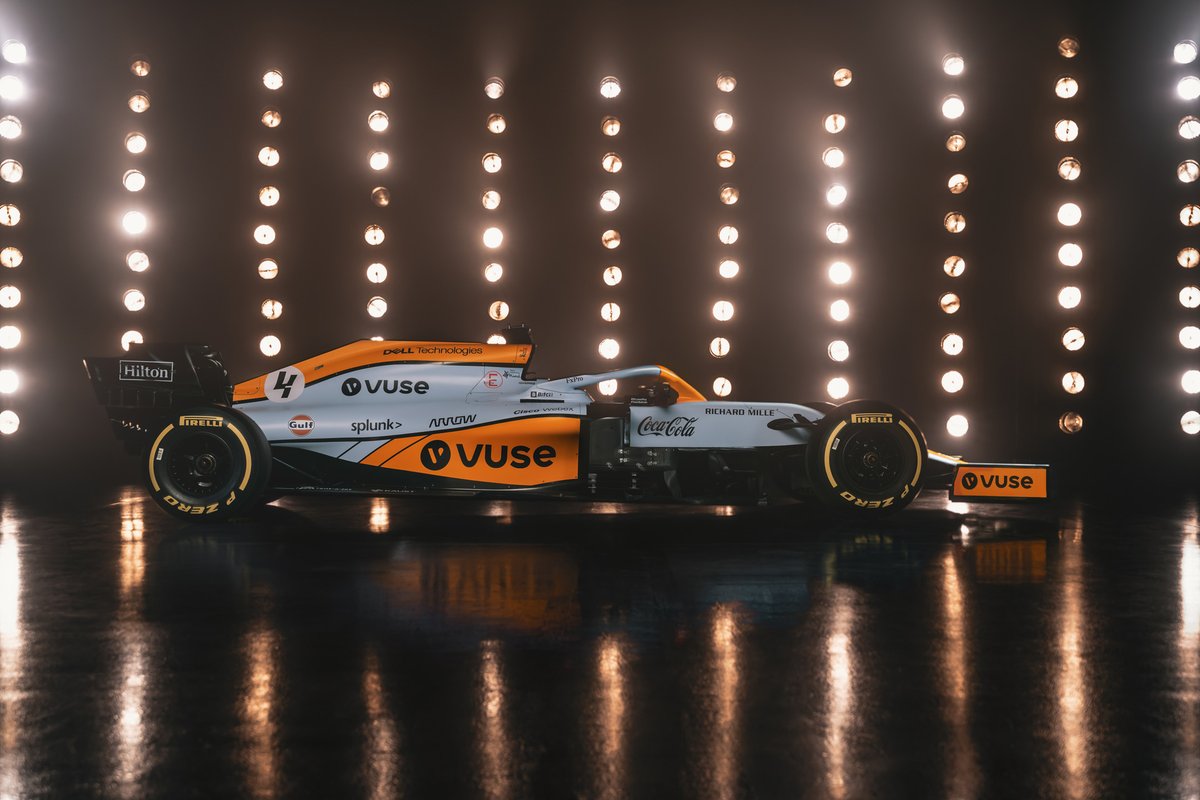 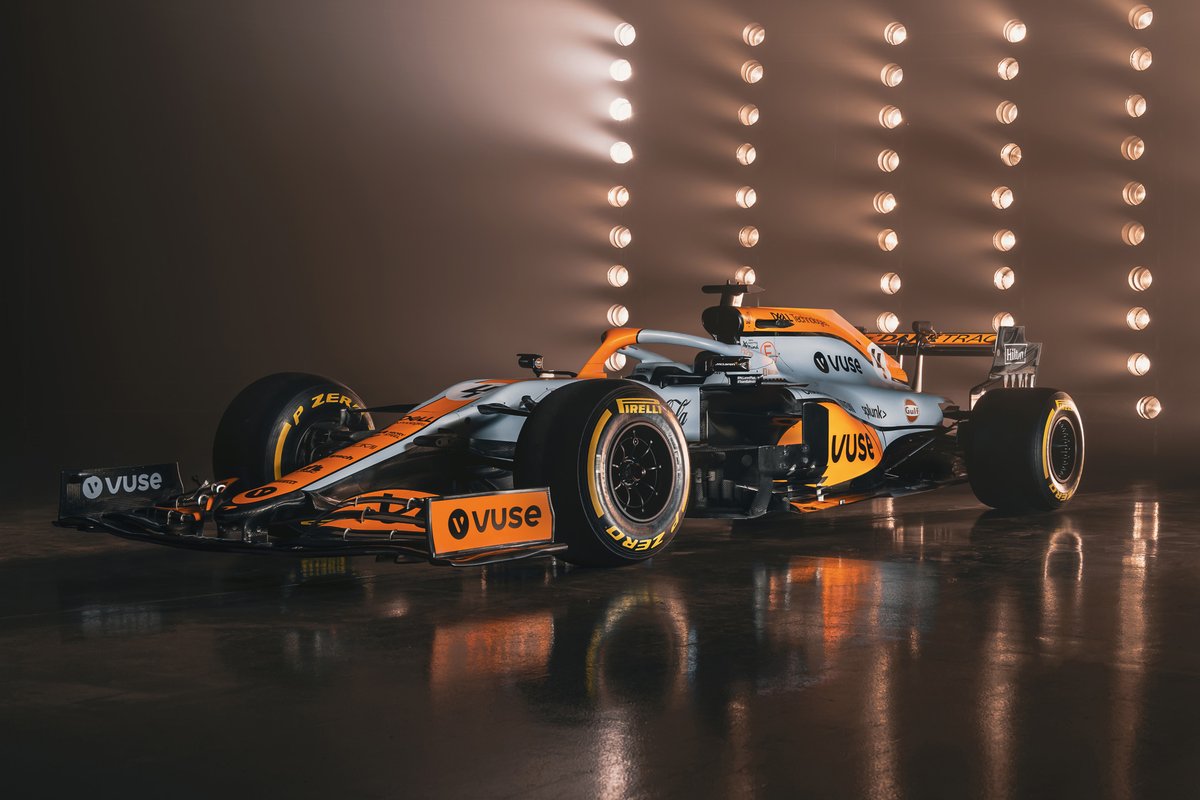 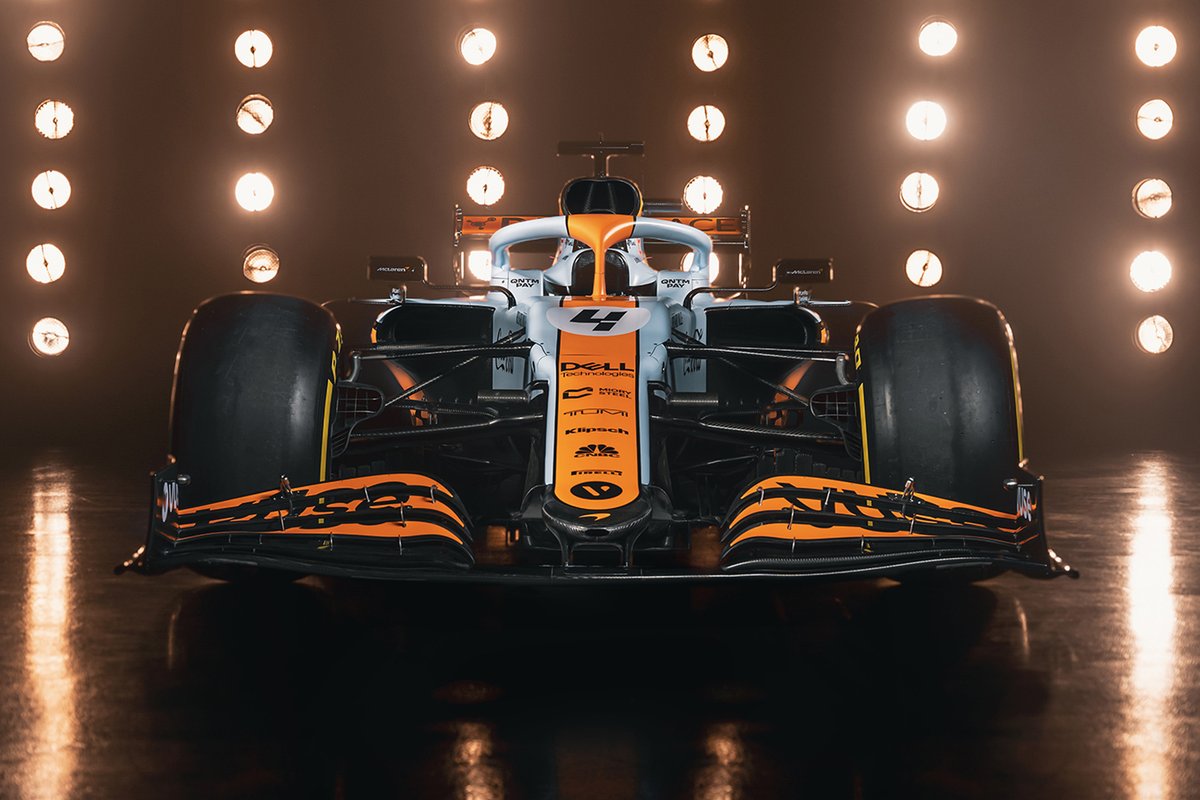 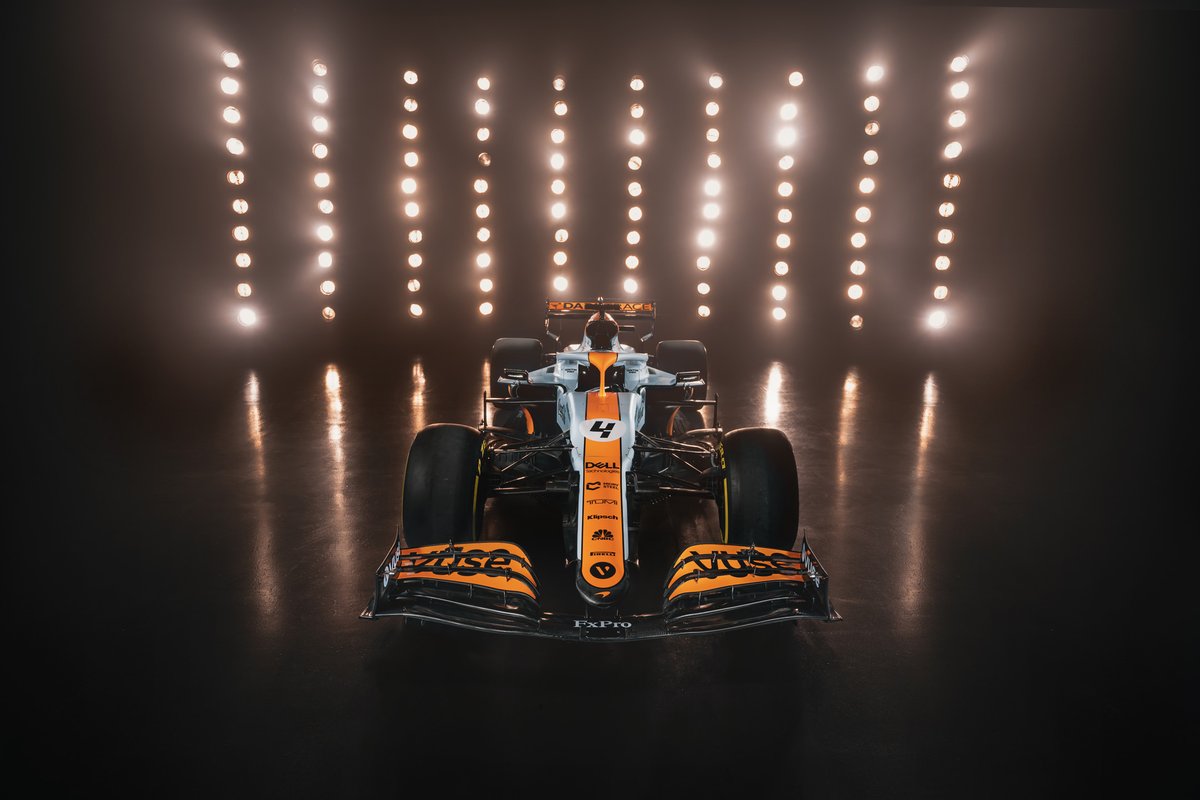 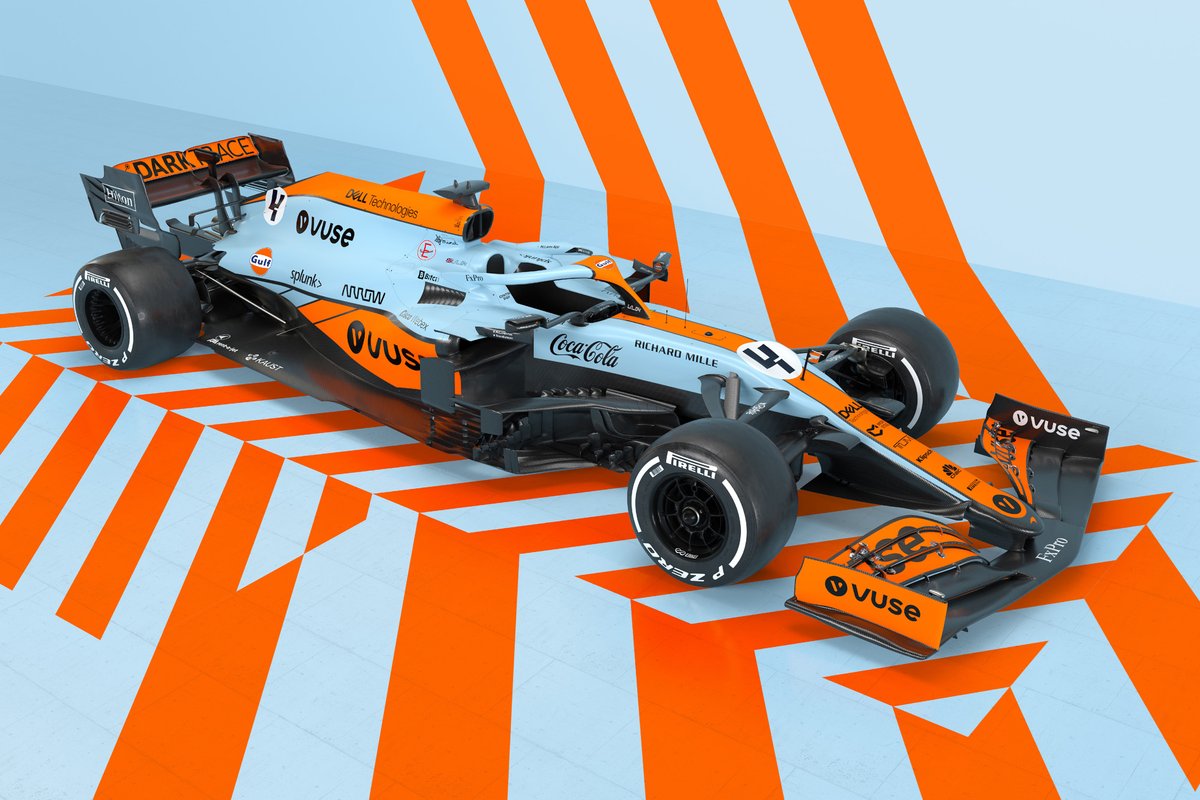 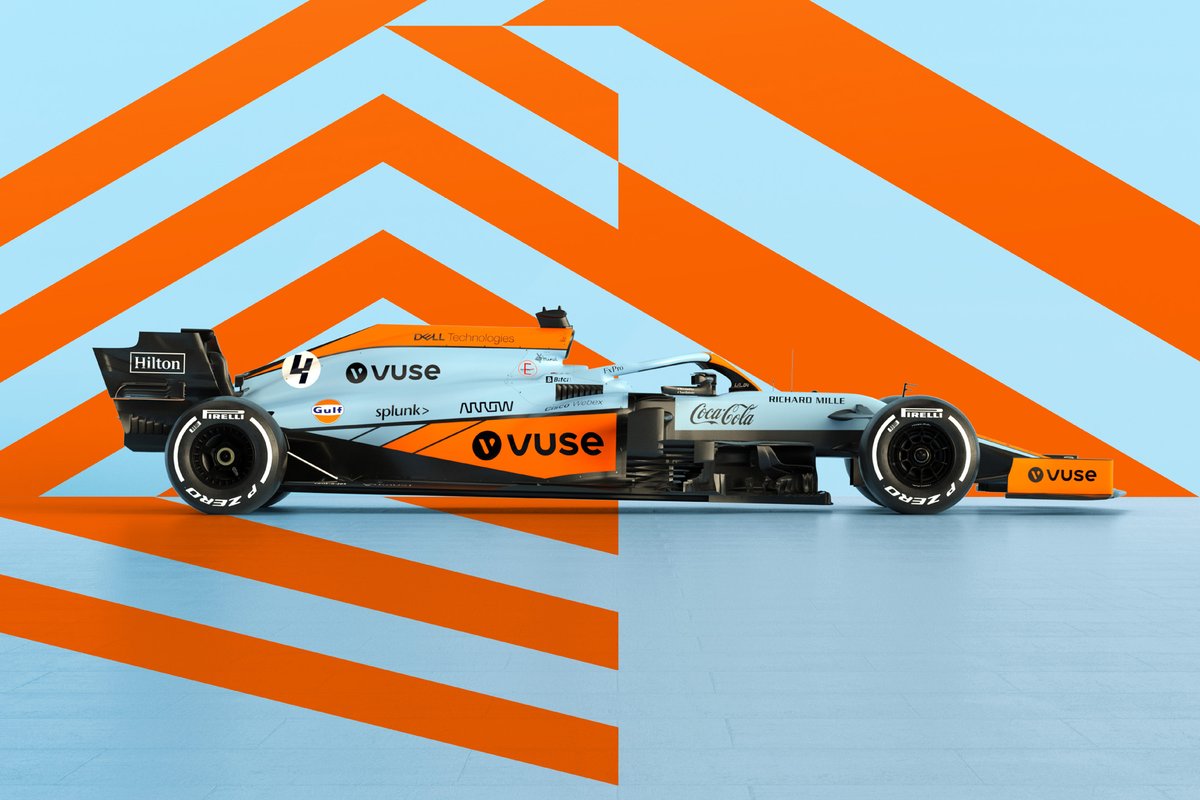 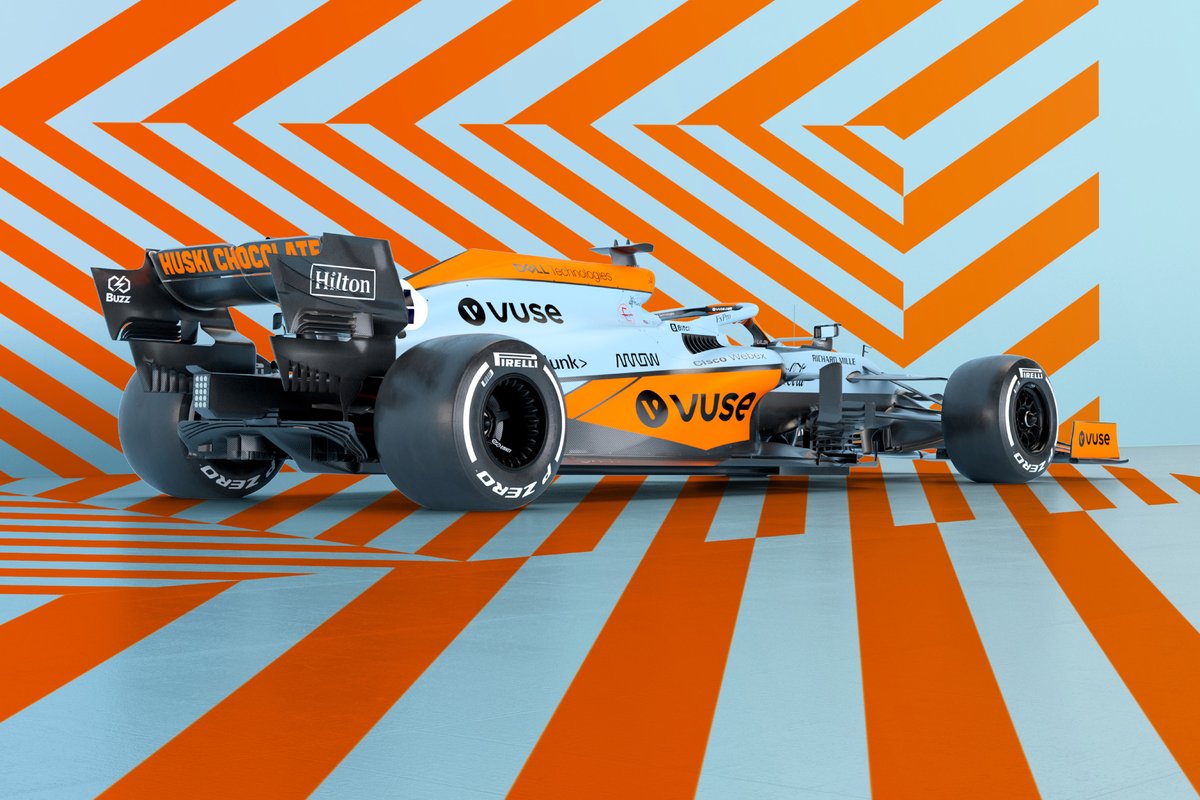 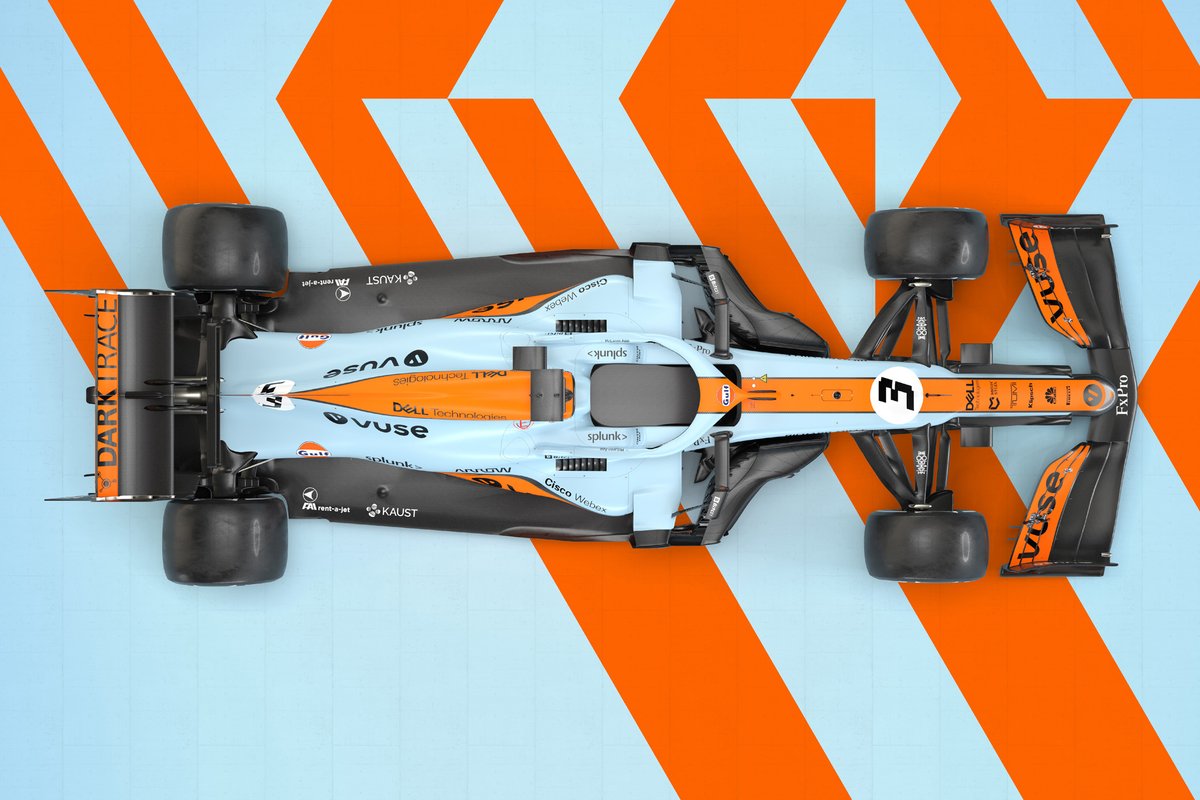 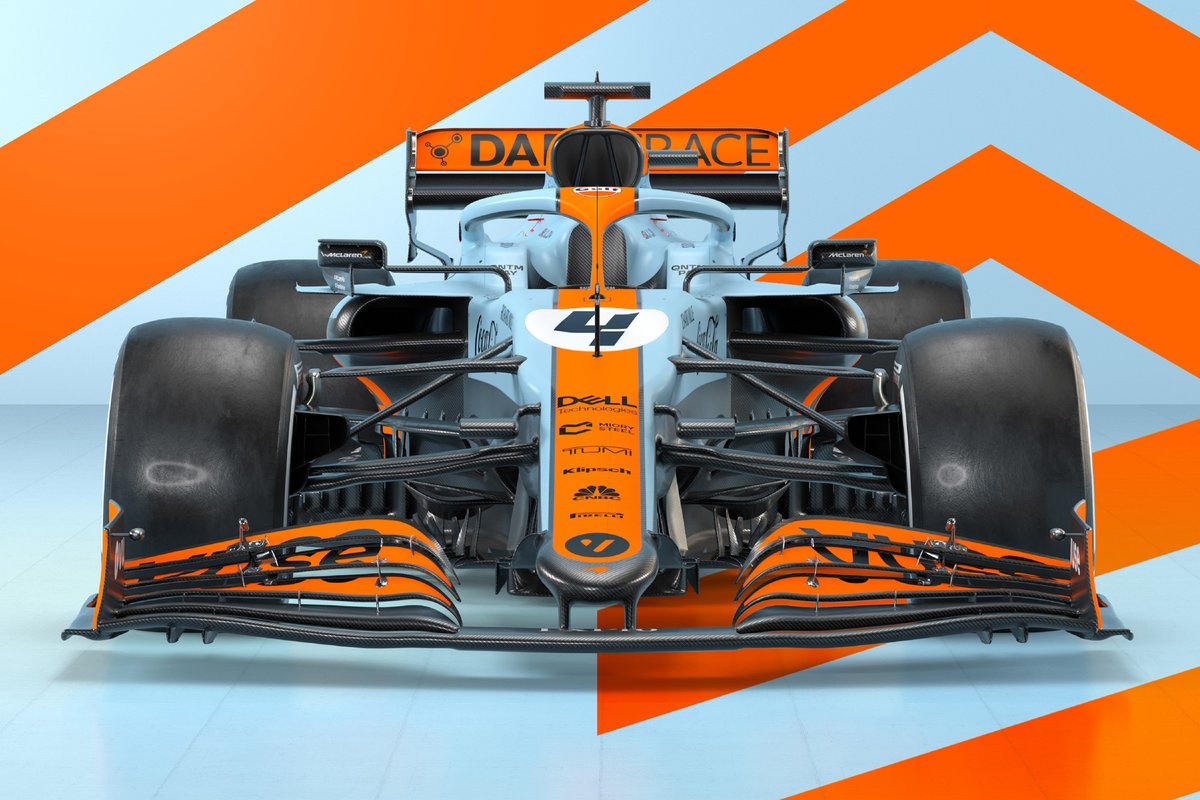 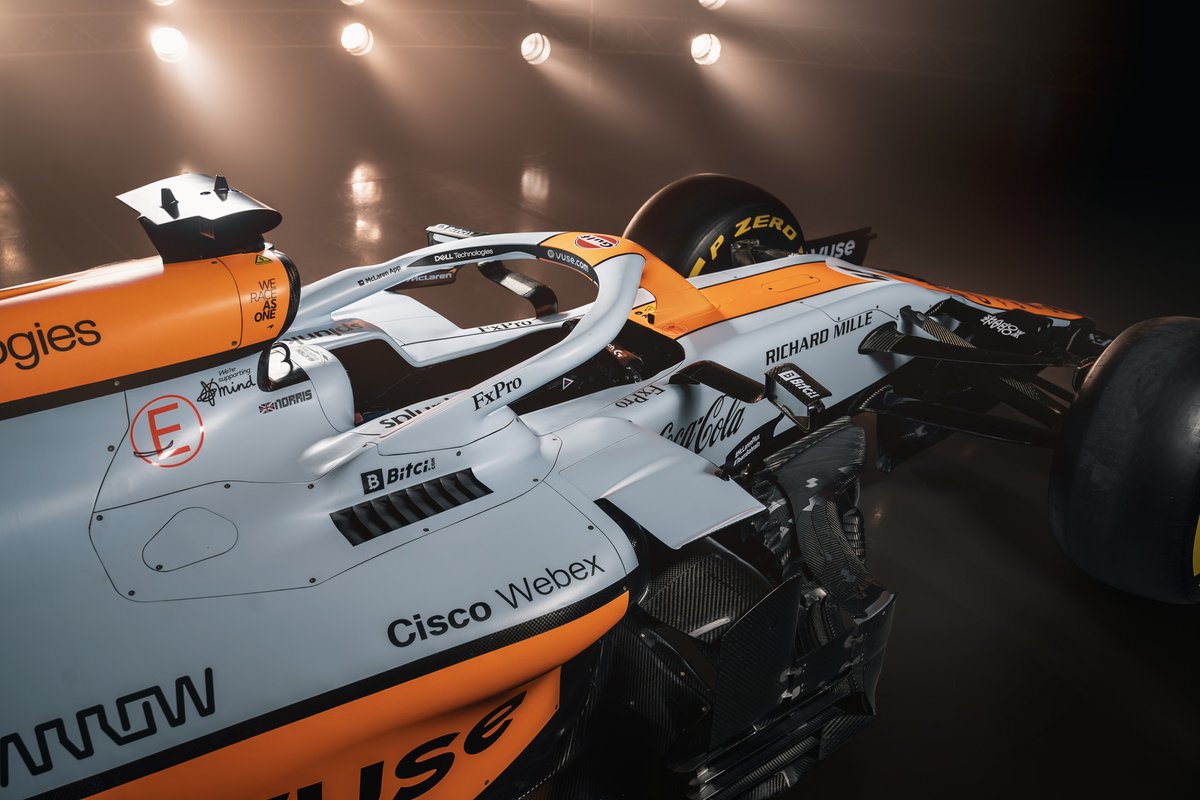 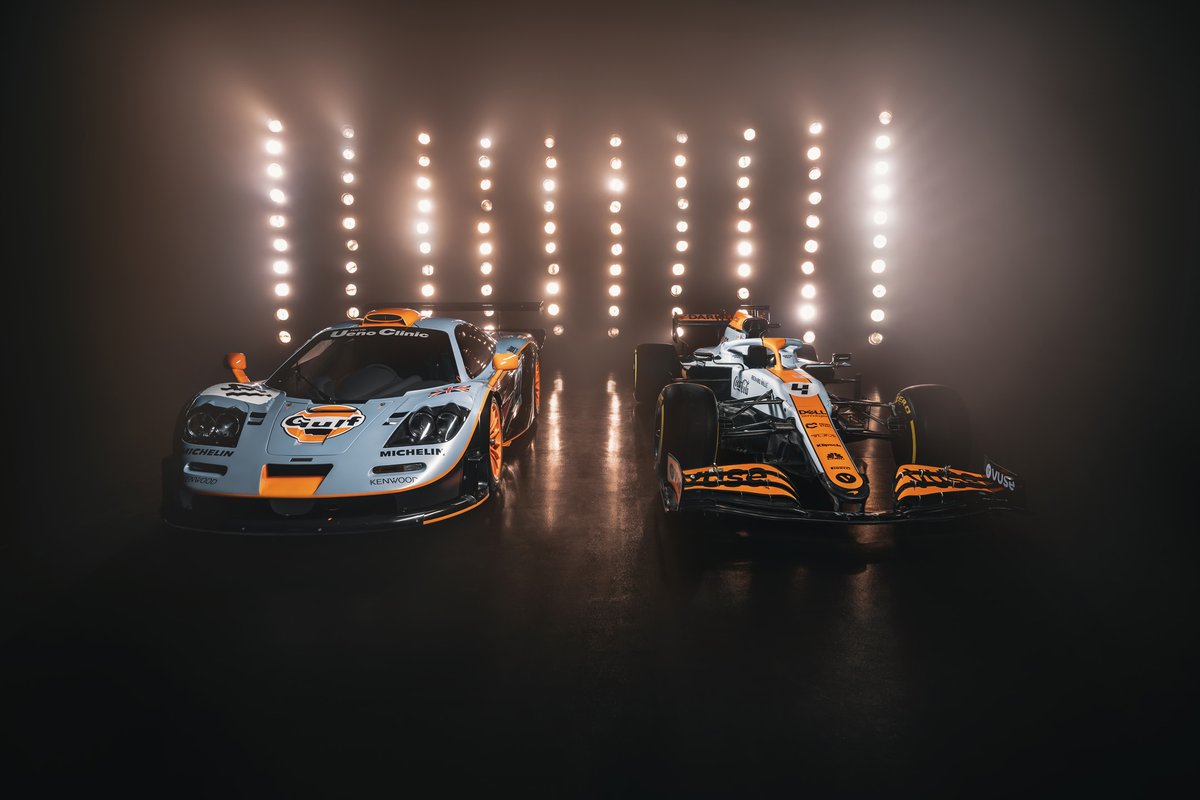 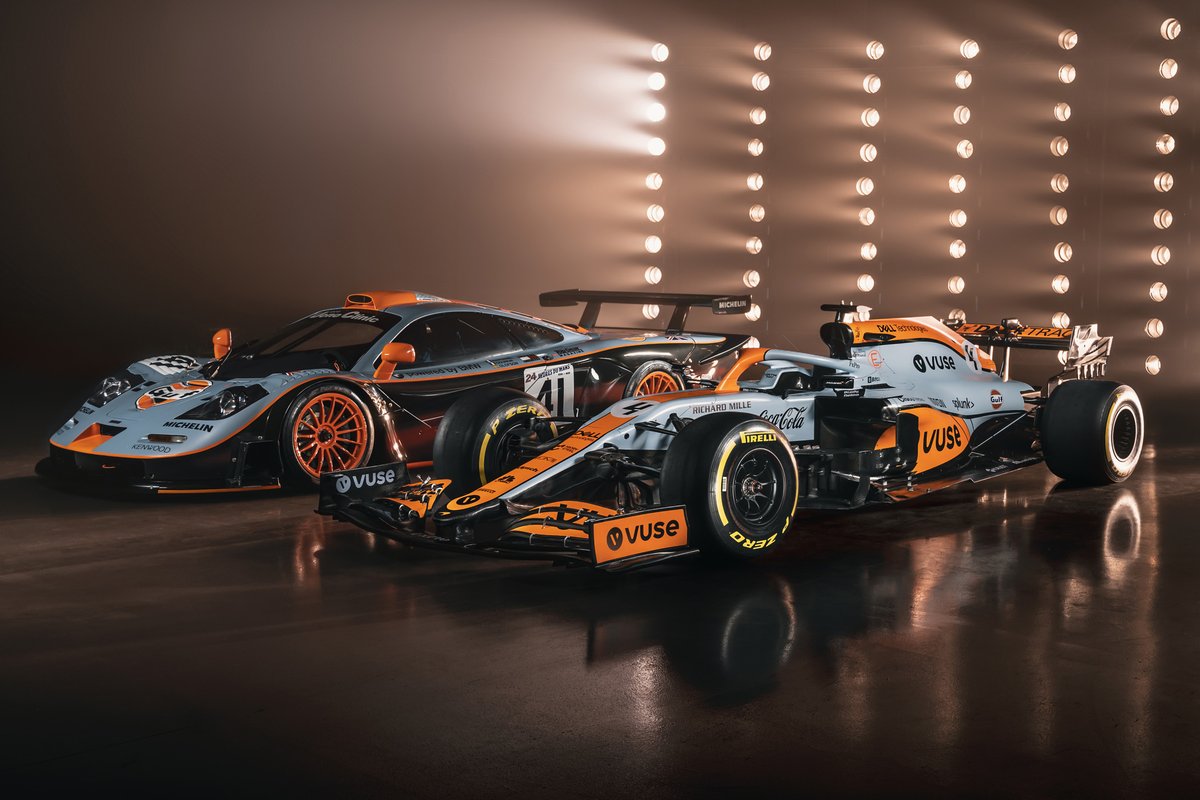 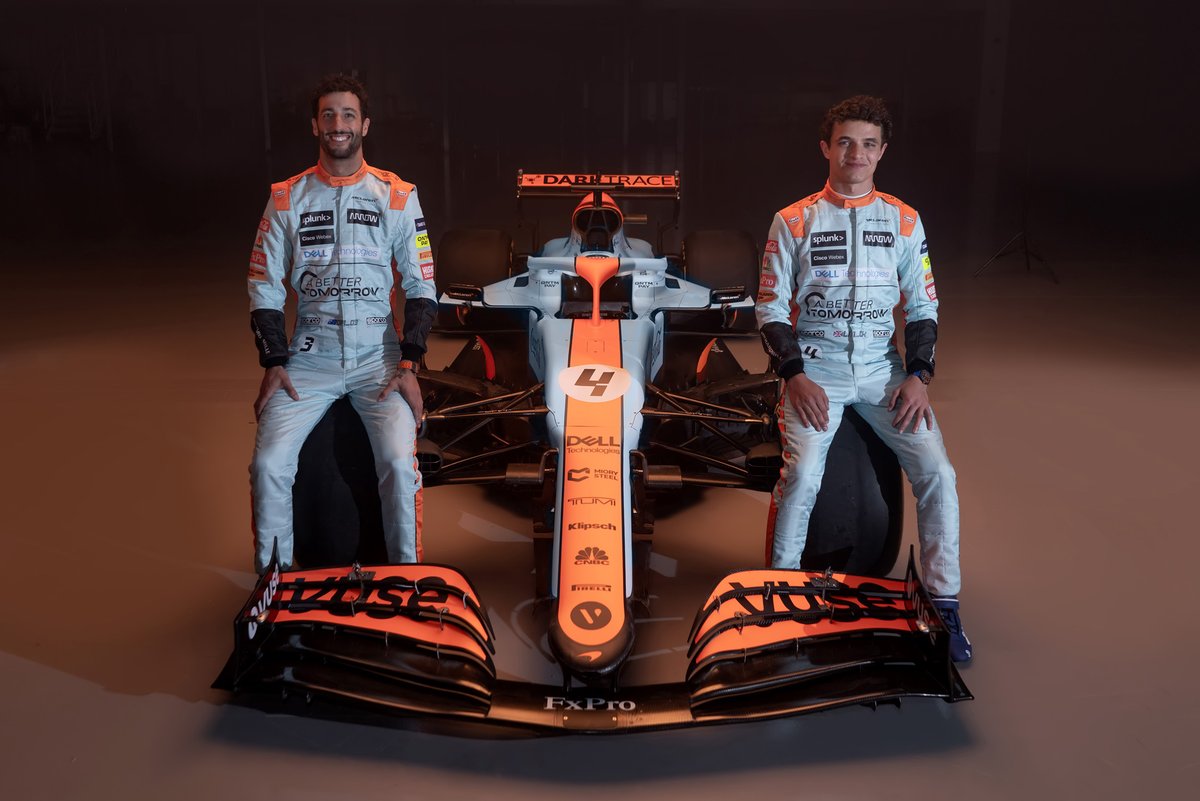 As part of a one-off arrangement with its fuel sponsor, Daniel Ricciardo and Lando Norris’s MCL35Ms will feature a full-on matte Gulf livery for the first time in F1 history.

The rebranding, which will include drivers’ overalls, retro helmets and team kit, comes in the wake of a renewed tie-up between Gulf Oil and McLaren last year.

Norris, who saw the livery for the first time earlier this week, is in no doubt the bold colour scheme will stand out around the streets of Monte Carlo.

“I think everyone can agree it will be the best-looking car on the grid by a very long way,” he said. “I said to Zak [Brown, CEO] that it was even better than our current livery. But he didn't sound so convinced by that…"

Ricciardo added: “Of course, I love it. It's cool. I mean, I didn't need another reason to get excited for Monaco. So I’ve got to control myself, save some energy for next weekend.

“But it's awesome. And as long as you look good, that's the first box you've got to tick. And we're certainly doing that.”

While Gulf's iconic logos have appeared on the McLaren since last year, the idea of a full-on livery was prompted by a push from fans to do something extra special.

Mike Jones, CEO of Gulf Oil International, explained: “When we did the launch last year, the fan reaction was unbelievable and we were taken aback.

“We were having fans who'd already painted their own mock-ups, and they were sending personal messages back on social media saying, ‘why don’t you do this?’

“So Zak and I started thinking about the history of Gulf and McLaren, to look into what we can do, and it developed from there.”

F1’s rules demand that cars appear at each race in ‘substantially the same livery’, so McLaren had had to seek approval from the FIA and FOM for the one-off switch to Gulf colours. Brown said that there had been no problem getting the green light.

“They all loved it and approved it,” he said.

Brown is clear, however, that the change to the Gulf livery is a one-off, so will not become a regular feature for McLaren.

“At this point, we only intend to run it at Monaco,” he said. “I think if you're going to have a special livery, you keep it special. It's something, as you all know, that isn't done that often in Formula 1.

“I'm excited to see fans' reaction, and in Monaco I think it's going to be the star of the show.”

Gulf and McLaren have enjoyed a long relationship in F1 and other racing categories.

In the 1960s, Gulf Oil sponsored Bruce McLaren’s efforts in F1 and in the popular Can-Am sportscar championship. 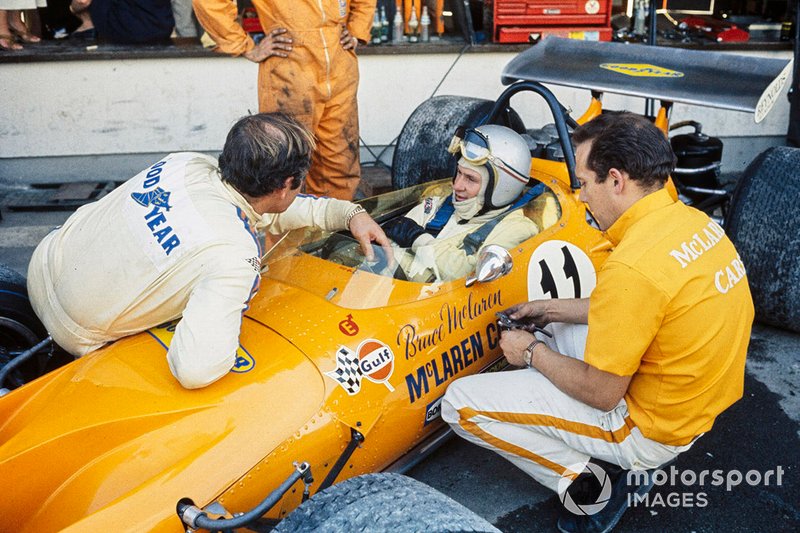 The Gulf logo went on to become one of the most well-known in motor racing. It featured heavily in the 1971 movie Le Mans, with Steve McQueen driving for the Gulf-backed Porsche team.

The company went on to enjoy numerous victories at Le Mans, and in the 1990s it renewed a sponsorship partnership with McLaren and the privately-owned race team run by Ray Bellm.

The Gulf McLaren F1 GTR was dominant in sportscar racing at the time, winning the 1996 BPR Global Endurance Series and the GT Class at Le Mans in 1997.