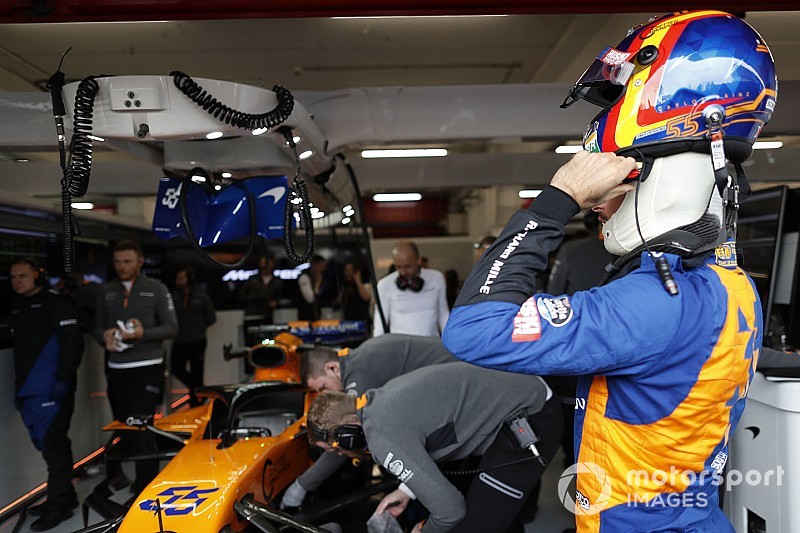 Three McLaren Formula 1 team members were treated and released after a fire in the team's garage in Barcelona on Friday.

Along with Racing Point and Williams, McLaren was doing some extra running on a filming day, including some laps in conjunction with a McLaren road car.

A statement from the team noted: "There was a small fire in the garage during the team's private filming day. The fire was quickly extinguished by the team, and circuit emergency services and medical teams attended immediately in support.

"Three team members were taken to the medical centre for treatment and were released shortly after."

The team has not released any more details of what occurred.

By coincidence, Barcelona was also the scene of the major fuel fire in the Williams garage shortly after Pastor Maldonado's victory in the 2012 Spanish GP.

That led the FIA to mandate the use of protective equipment and dry-break couplings for garage refuelling.

In a change to the Sporting Regulations for 2019, the FIA has insisted that the same precautions are now also in place for testing after observers noted that some team were not always following the race weekend procedures.