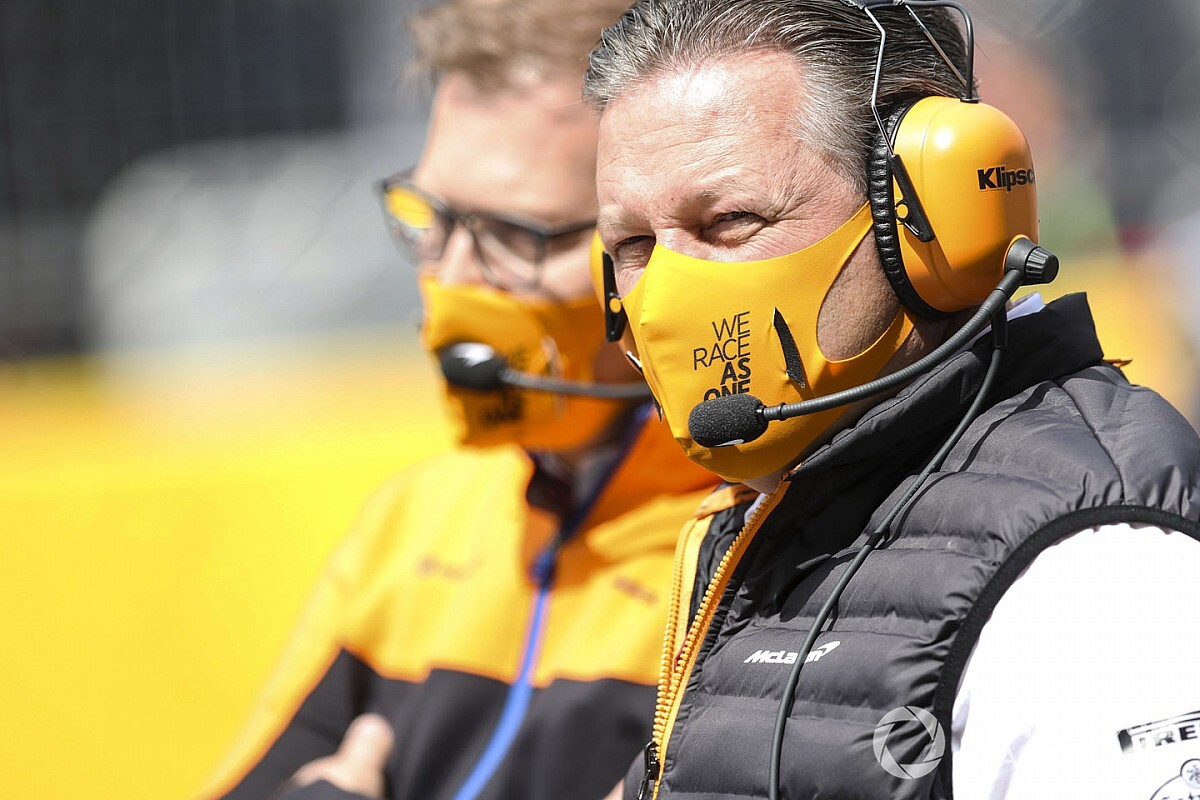 McLaren Formula 1 team CEO Zak Brown insists that the company is back on track financially after a rocky first half of 2020 in the wake of the COVID-19 crisis.

The Woking outfit made it clear that it needed to secure extra financing in order to help it through the crisis, and also announced that it would trim its staff levels.

In June, the team arranged a loan from Bahrain’s National Bank, and in addition in recent weeks it has announced several new sponsorship deals, including a renewed arrangement with Gulf Oil, previously a partner of the team from 1968 to 1973.

Brown is bullish about the team’s commercial prospects, and insists that more deals will be done.

“I think we’re in quite a good position now,” he said. “The bad news is behind us, as far as it relates to all the stuff that played out the last couple of months. We’re financially healthy.

“I think we’re benefitting from being aggressive and playing offence when COVID hit as far as recognising the severity of the issues it was going to cause for the sport and for us, and so we ran towards the problems to try and address them quickly, so we can kind of try and turn the page commercially.

“We’ve just announced Gulf Oil and Iconix, we have are a couple of announcements coming up, so we’re now exactly where we want to be. Looking forward I think we’re sitting on a better business model for F1 and for McLaren for the next journey of F1. We’re in quite a good spot, and spirits are high.”

“All the deals that we’ve announced are real, substantial, the right size relative to the size of the arrangement,” he said.

“Otherwise I think if you do partnerships in place that aren’t healthy, then it kind of messes up your business plan and bites you in the ass in 12, 24 months time.

“We’ve got our plan, and we’re sticking to it. I think sponsorship is always hard, even in the best of times. I think next year will be soft.

“I am finding unlike the financial crisis in 2008 where everyone just stopped, that people now are dealing with COVID and recognising that we might have to deal with it beyond December 31, and therefore what I’m seeing is people are getting back to business, they’re doing business a little bit differently. Digital and social media, things of that nature, which I think we’re extremely good at, have become that much more important.

“That’s kind of replaced, in the short term, hospitality. But short of hospitality, we're still delivering hundreds of millions of eyeballs, still business to business relationships, still great content. We’re able to deliver the majority of the sponsor benefits, and it feels OK.

“We’ve got a lot of conversations going, so I’m expecting maybe a little bit slower growth rate than we would have anticipated for ’21, but we’re OK.”

Brown says that plans to improve the Woking facilities, which have been put on hold, are now back on the agenda.

“We're moving forward. Everything that we need for the future is on plan. We've turned projects back on. So we've got a timeline and very comfortable that we've got the investment in what we need in the right places in the right timeline.

“So we're coming out of COVID. And now moving forward with our, our master plan, if you want to call it that.”