McLaren: F1 drivers need answers from Masi about what is acceptable now

McLaren believes that the behaviour of drivers will change if Formula 1 race director Michael Masi decides that Max Verstappen’s behaviour in the Brazilian Grand Prix was acceptable.

He thinks that, amid questions about inconsistency between the FIA's hands-off approach to the Verstappen incident and Lando Norris getting a penalty at the Austrian Grand Prix for forcing Sergio Perez wide, drivers will seek some clarity about what is and is not allowed now.

And, with Seidl especially confused as to why Verstappen's behaviour was approved but Norris' not, he sees Masi's feedback as important for setting a precedent.

"Looking at the comparison with Lando's case, we definitely have some questions," said Seidl at the Qatar Grand Prix.

"Lando got a penalty in Austria for something which, from our point of view was debatable. You can definitely argue that what happened in Austria was Lando's corner.

"It was different to what we have seen in Brazil and therefore we are very interested on, not necessarily the ruling from today, or the outcome of today's investigation, because that's a different process, but more understanding what Michael will brief to the drivers tonight in the drivers' briefing, on how they see things moving forward.

"I think whatever the outcome is, it will definitely change the approach of the drivers to certain manoeuvres on track. That's why it's interesting to clarify." 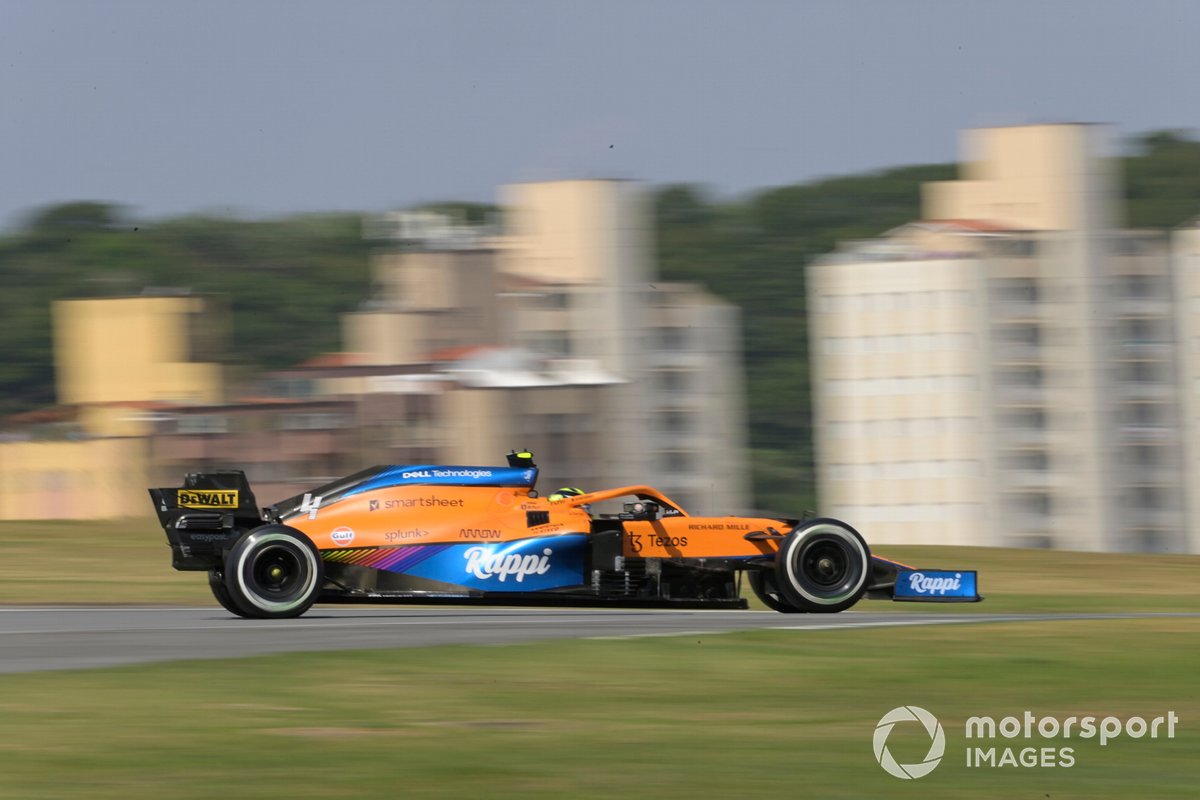 While Masi says that the FIA adopted the 'let them race' principles in choosing not to investigate the Verstappen incident in Brazil, Seidl says that he wasn't aware attitudes about sanctioning driving behaviour had changed.

"That's why it will be very interesting what the drivers will hear tonight from Michael in the drivers' briefing," he added.

"I think, compared to the past and some years ago, definitely we have switched more towards let them race.

"But again, knowing how difficult it is also to judge all the different cases, what is inconsistent is clearly the penalty for example that Lando got in Austria and what we have seen last weekend.

"That's why I think it's just important to clarify that every driver knows what he can do and what he can't do."