Subscribe
Previous / Button: "A shame" McLaren didn’t hang on with Honda in F1 Next / Why F1's 2022 cars will be more of a handful for drivers
Formula 1 News

McLaren ran an all-new livery for the Monaco Grand Prix race weekend, ditching its regular papaya for the orange and powder blue colours of Gulf Oil to run on the cars of Lando Norris and Daniel Ricciardo.

The team also opted to tweak its livery for the final race of the season in Abu Dhabi, partnering with major sponsor British American Tobacco's Vuse brand for a bespoke design including artwork created by UAE artist Rabab Tantawy.

While one-off liveries are common in championships such as IndyCar owing to sponsor commitments, most teams in F1 tend to stick with the same design throughout the season.

McLaren Racing CEO Brown felt there was significant value in running the one-off liveries from time-to-time. But he felt it was important to keep them limited to ensure they remain special after a noticing a "great" fan reaction through 2021.

"I think doing it on a very limited basis as we have done is the right balance," said Brown when asked by Motorsport.com about plans for future one-off liveries.

"We want to keep our identity and make a special livery special. And if we do it all the time, it loses its specialness.

"[Abu Dhabi] was sponsor-driven. I think it gives some vibrancy, brings some great messaging. In this instance, it was a female artist from this area, so a great way to draw attention to various topics. 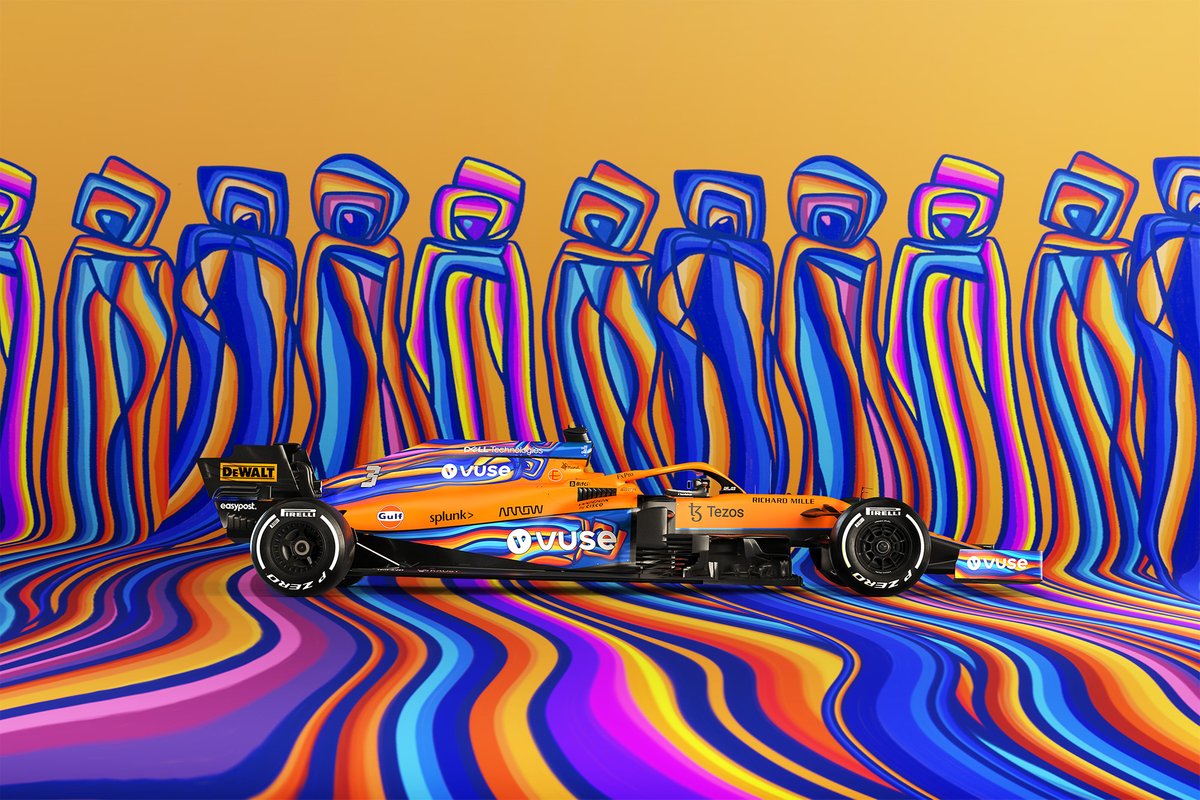 "Of course our fans like to support us. You see a lot of Gulf hats and shirts running around. So it's another way for great fan engagement. Everyone has voted with thumbs up, so to speak, with their enthusiasm for it.

"It's something that we want to do and will continue to do, but not a on a high frequency basis, because you lose your own identity and it loses its specialness."

Alfa Romeo and Red Bull were the only other two teams to run revised livery designs last year.

Alfa Romeo incorporated some added green elements into its usual design to celebrate its home race in Italy at Monza, while Red Bull paid tribute to outgoing engine partner Honda by changing to a white-base livery design for the Turkish Grand Prix resembling the colours of Japan.

Button: "A shame" McLaren didn’t hang on with Honda in F1