McLaren could yet opt for new livery by Australia 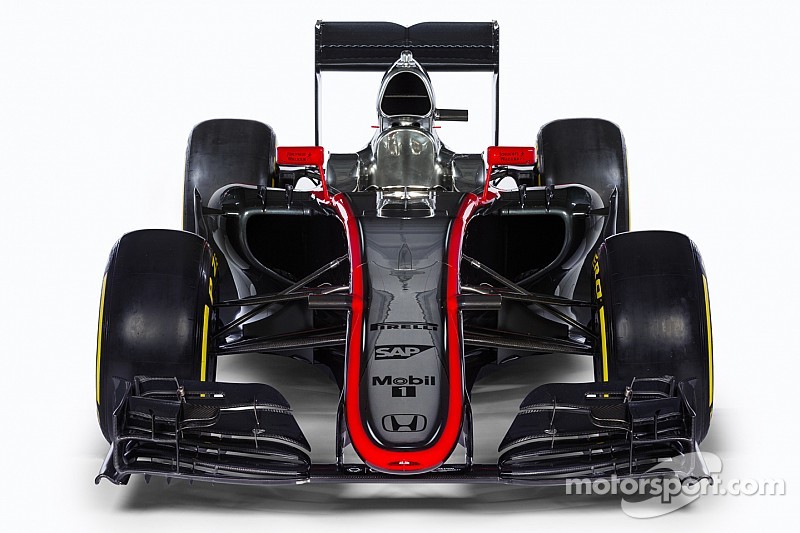 The livery we saw today may not be what we see on the grid in 2015.

McLaren's silver/grey livery caused something of a stir today with many observers surprised that the team opted for colours that were so closely connected with the team's partnership with Mercedes from 1997 to 2014.

The team noted that the MP4-30 "features an evolved colour scheme that firmly contextualises McLaren’s brand in the 21st century.” At first glance it would appear that Ron Dennis is convinced that the world associates the current livery with McLaren as a team, and not Mercedes, even if others in the camp may believe differently.

However this writer understands that while the team has not stated that what we saw today is an interim or testing livery, the car could yet look different by the first race in Melbourne – and at the very least the option still exists to change.

It's worth noting too that while Santander remains on the team's website it did not feature on the car or drivers today. Apparently negotiations are still ongoing, and the death last September of the company's former boss and huge F1/Alonso fan Emilio Boton may have complicated matters. Intriguingly Jenson Button Tweeted recently that he was filming a Santander ad.

It remains to be seen whether a new deal with Santander or perhaps another yet-to-be-announced sponsor means that what we saw today is a temporary livery that was a quick and easy solution for the launch.

It was certainly one that will match the transporters and so on that will be in the paddock at the three upcoming tests in Spain. If there is a late change of car livery before Australia then there is plenty of time to repaint the transporters before they are next seen again at the Spanish GP in May.

Meanwhile a pre-Melbourne reveal of an all-new livery would be a second bite of the PR cherry for both the team and Honda.

Pirelli: All the numbers from 2014