McLaren could switch to 'Papaya' livery in 2018 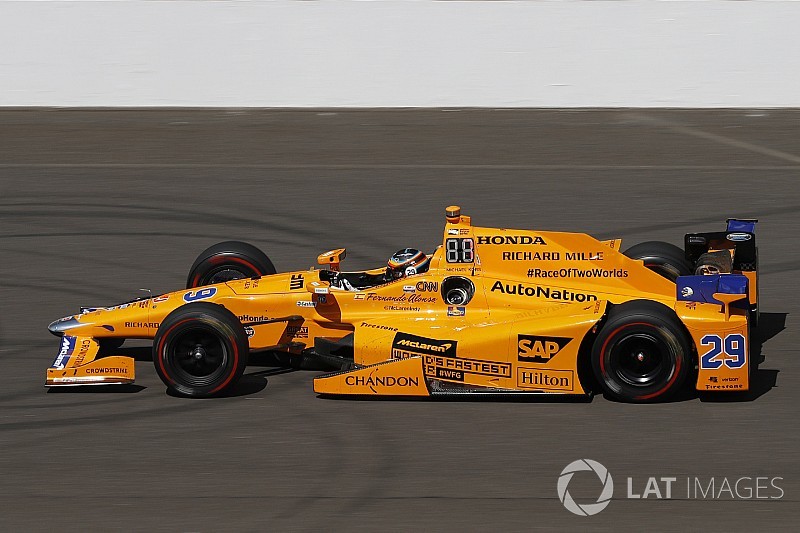 McLaren could paint its Formula 1 car in its historical ‘Papaya Orange’ colours next year, as it closes in on making a final decision about its 2018 livery.

The Woking-based team switched to a bright orange scheme this year, but there has been a push from fans for it to run the ‘Papaya’ version that Fernando Alonso used for his assault on the Indianapolis 500 (pictured above).

While a final call on colours will depend on the outcome of sponsor talks over the next few weeks, McLaren executive director Zak Brown says that a change to ‘Papaya’ is possible.

“We are starting to look at car designs now,” he said. “I think the fans want us to go to Papaya Orange for sure. When we did the IndyCar we had an overwhelming amount of 'Please make your F1 car like that'.

"We are waiting on a few sponsor decisions which also can dictate what a car looks like. I wouldn’t rule it out."

Brown said that the extent of orange on the car next year would rest on what sponsors arrive, but he said it was unlikely there would be the kind of total rebranding that Force India did this year when it turned pink for water sponsor BWT.

“We have all sorts of designs going on, but we need to see where we land on some of the sponsor activity and that will dictate a bit of that,” added Brown.

“We would like to keep some orange. We think it is part of our identity, especially moving forward. But we are a commercial entity. Pink might be a bit extreme though."

Brown has said he is optimistic that McLaren will add fresh sponsors in 2018, but he is doubtful about there being a title sponsor in the near future.

“We’ve got a lot of room on our car for partners,” he said. “I am very encouraged with the activity that we have and I would definitely anticipate some new partners coming on board next year.”

Asked about the potential for a title sponsor, he said: “I have been looking at how you break down commercialising the team. And not for the reasons that Ron [Dennis] mentioned that there will never be a title sponsor again, I don’t think we will have a title sponsor per se.

“I think the title of the team is McLaren. Unlike NASCAR where the team gets referenced by the title partner, that doesn’t really happen in F1. So I think to be a title partner doesn’t give you the benefit that it does in other series.

"I think we are more along the lines of having a couple of major partners and I think we should have that for next year.”

When asked for the timeframe regarding the colour scheme decision, Brown said: “It is ongoing, but we need to make a decision by December 1 because you have team gear – and we will have a new look and feel garage next year.”

The mysteries that are set to unravel at the US GP