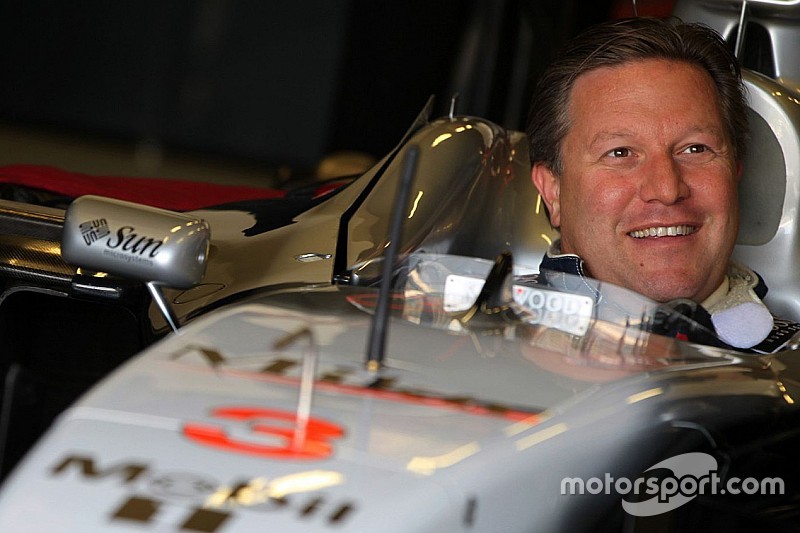 McLaren has confirmed that Zak Brown will become part of its leadership team in a role as executive director of McLaren Technology Group.

Brown's appointment is part of a restructuring programme that will align the Group's commercial and strategic operations in Formula 1.

The move follows the news that McLaren chairman Ron Dennis, 69, was placed on gardening leave following a board meeting, ending an era that has spanned 35 years with one of Formula 1's most successful teams.

Rather than replacing Dennis, Brown will report directly to McLaren Technology Group's Executive Committee. Both Jonathan Neale (Chief Operating Officer) and Brown will jointly lead the businesses as part of the first step in the Group's transition to a new and strengthened organisational structure.

Motorsport.com understands that Brown's role will effectively be a racing-only position, which will also leverage his trademark marketing skills, and that he won't have any duties on McLaren's automotive or applied technology businesses.

The process of identifying and recruiting a new Group Chief Executive Officer will continue.

Brown, 45, was the founder of Just Marketing International, the world's largest motorsport marketing firm. He is also non-executive chairman of Motorsport.com.

He stepped down this year from his role as group CEO of CSM Sport & Entertainment, which took over JMI.

"I'm immensely proud to be joining McLaren Technology Group," said Brown. "I have the utmost respect and admiration for what the business has achieved to date, and I look forward to contributing to the next important phase in its development.

"Having worked closely with McLaren for many years, I've been struck by the talent and ambition of the entire workforce, and I very much look forward to complementing the business's many existing strengths, and building on them to drive future success in everything we do.

"As founder of Just Marketing International – now the world's largest motorsport marketing agency – I've often worked closely with McLaren as I say, and I've developed some excellent relationships across the company.

"Best of all, in my new role I'll be able to combine my absolute passion with my unparalleled area of expertise – respectively motorsport and marketing – while ensuring that the two stay totally aligned."

Debate: Would shorter races work for F1 and what's going on with race venues pulling out?