The Woking-based outfit has been left on the backfoot through much of 2022 after brake problems wrecked its final test and left it near the tail end for the season-opening Bahrain Grand Prix.

The team did recover quite well but has admitted that getting on top of those problems diverted resources away from other key performance areas, and it has had to work extra hard to not lose too much ground against main rival Alpine.

With teams now beginning to focus on their 2023 challengers, McLaren is aware that it must not find itself in the same situation next season – so needs to ensure it has a much stronger platform to start the year with.

So while F1's technical regulations are staying pretty stable, beyond changes to the floor, McLaren accepts that it may need to make wider sweeping tweaks than others.

Asked by Motorsport.com about if the current MCL36 concept will be carried over or the team will keep things similar, team boss Andreas Seidl said: "I think it's a mix.

"With the technical regulations staying pretty much the same as well, it's pretty clear it will not be a total revolution.

"But, at the same time, acknowledging that the teams in front are running more than a second quicker, it's also clear that we are aiming for big steps in terms of development."

McLaren technical director James Key has no doubts in order to enjoy a successful season in F1 starting the year with a good car is vital, because trying to attack when you are behind expends too much resource.

"I think the standards that we've seen within the top three teams show what you've got to be able to achieve," he told the McLaren website, reflecting on the upgrade philosophy. 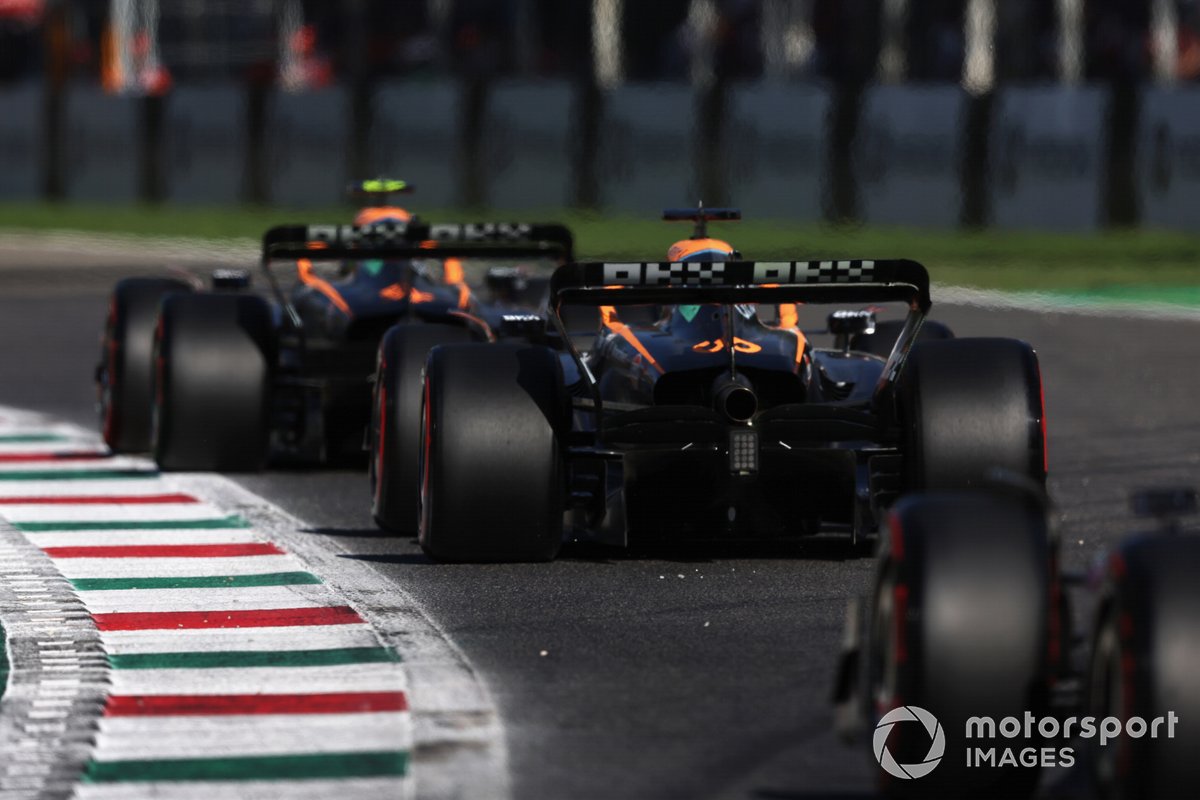 "If you start the season with a competitive car, you can adapt your development plans from there and do less than what we have done, whilst being more focused on the areas that you feel will be the most prolific.

"That's where we want to be next year, as we wouldn't be able to maintain this aggressive level of development because it's full on. We can learn a lot from this year, and the team have done a great job to achieve what they have."

While the team is focused on a big step for 2023, it is still planning to bring some further refinements to its 2022 car before the end of the year.

Key added: "With regards to the actual packages of updates we've done, it has been an aggressive approach.

"For each development step, we have done a lot of work on them, and they last for a duration of five or six races, and each package has then worked as planned, producing several tenths of performance each step, so we're happy with that.

"We've got another new package to come, which we are working on now, and then there will be a few minor ones to follow in the remaining races. I would say that we've brought a lot to the track and we've gotten what we wanted from it."