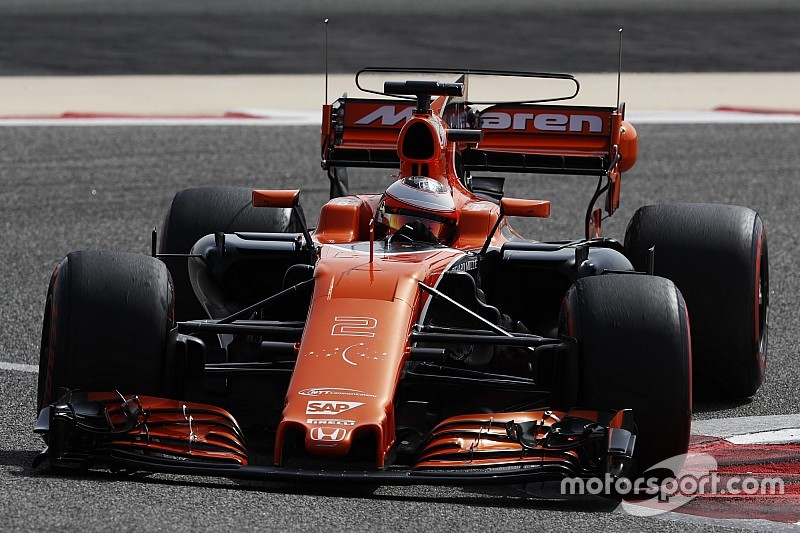 McLaren says it is at a loss to explain why its Formula 1 fortunes turned around dramatically in Bahrain on Wednesday to help deliver its "best day" of the year.

After ongoing power unit issues marred its Bahrain Grand Prix weekend and the first day of testing on Tuesday, the team had been unsure about what to expect on the final day of running.

In the end, Stoffel Vandoorne was able to complete a full testing programme without engine problems, setting the fourth best time overall and completing an impressive 81 laps.

But with Honda having made no modifications to the specification that hit trouble after just two installation laps on Tuesday, McLaren racing director Eric Boullier said it could not explain why things had improved so much overnight.

"If we knew…this is the problem, I don't know," he said when asked about the turnaround. "Everything has worked perfectly.

"We are even actually pushing a little bit in terms of settings, trying to use the opportunity, and everything is working.

"This is a proper test today, everything you plan you can test it and do back to back so it's very good."

The full day of testing did at least give Vandoorne something to smile about, after being forced out of the Bahrain GP before it had even started.

"I think it's the first time that we've had a day without any big problems where we could get on with our programme," he said.

"I think we more or less completed everything we wanted to, and we went through so much set up stuff that we should have done in Barcelona.

"So it's been a very productive day and I'm happy that we've managed to do so many laps today after a difficult day yesterday, when it wasn't looking great.

"I am very pleased with the amount of laps we've done also for the team. It's not been an easy week after a double header, then coming into the test with these issues the team have been working flat out. They've done a very good job to get the car out on track every time."

But with Honda having only made temporary fixes to avoid a repeat of the MGU-H problems that hit its Bahrain weekend, Boullier said it would be wrong to believe that the Japanese manufacturer had put reliability concerns behind it totally.

"No, because it is very difficult to understand what went wrong," he said. "We obviously changed the MGU-H I think, and yesterday morning after two laps the MGU-H was gone.

"We changed the engine and did 17 laps yesterday, but we couldn't find anything wrong physically on the car. So I think it's going to be complicated for Honda to understand what's wrong.

"It's maybe coming from a batch problem, maybe some anomalies are car related… there is no common cause."