McLaren has become the first Formula 1 team to unveil its new car ahead of the 2021 season, presenting the MCL35M to the world on Monday evening. 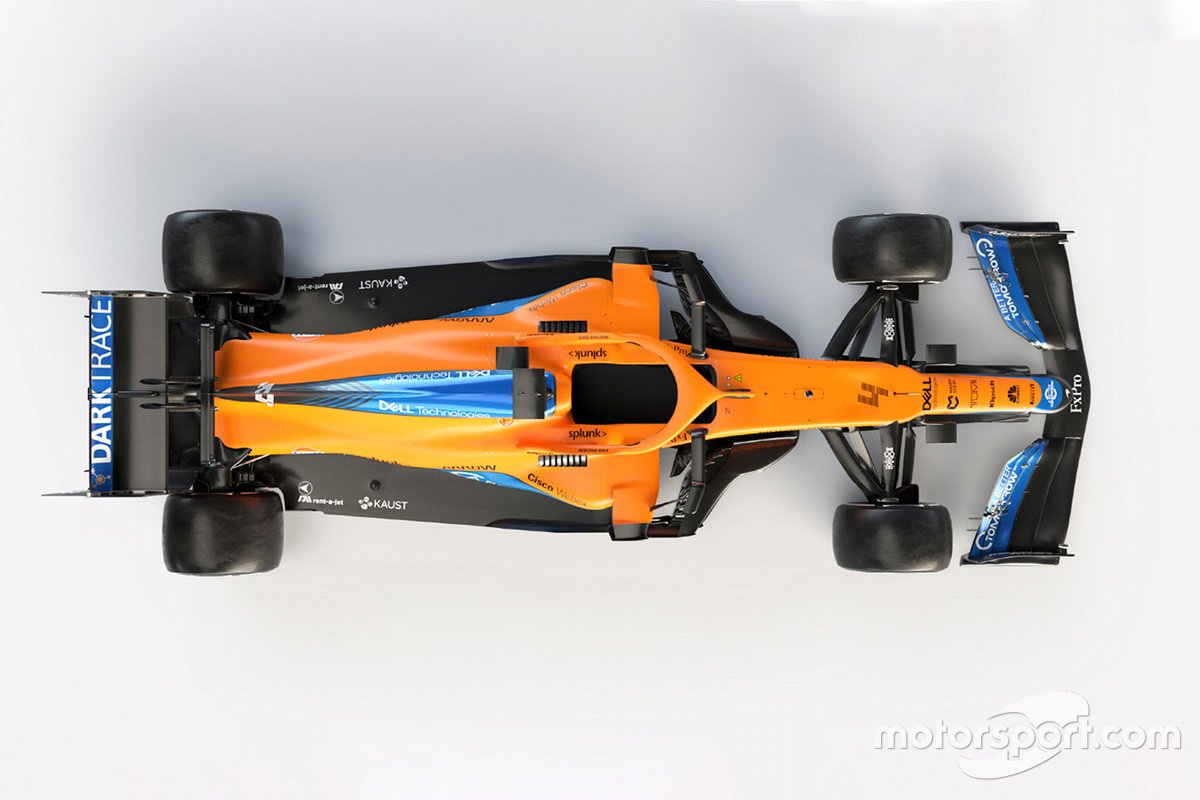 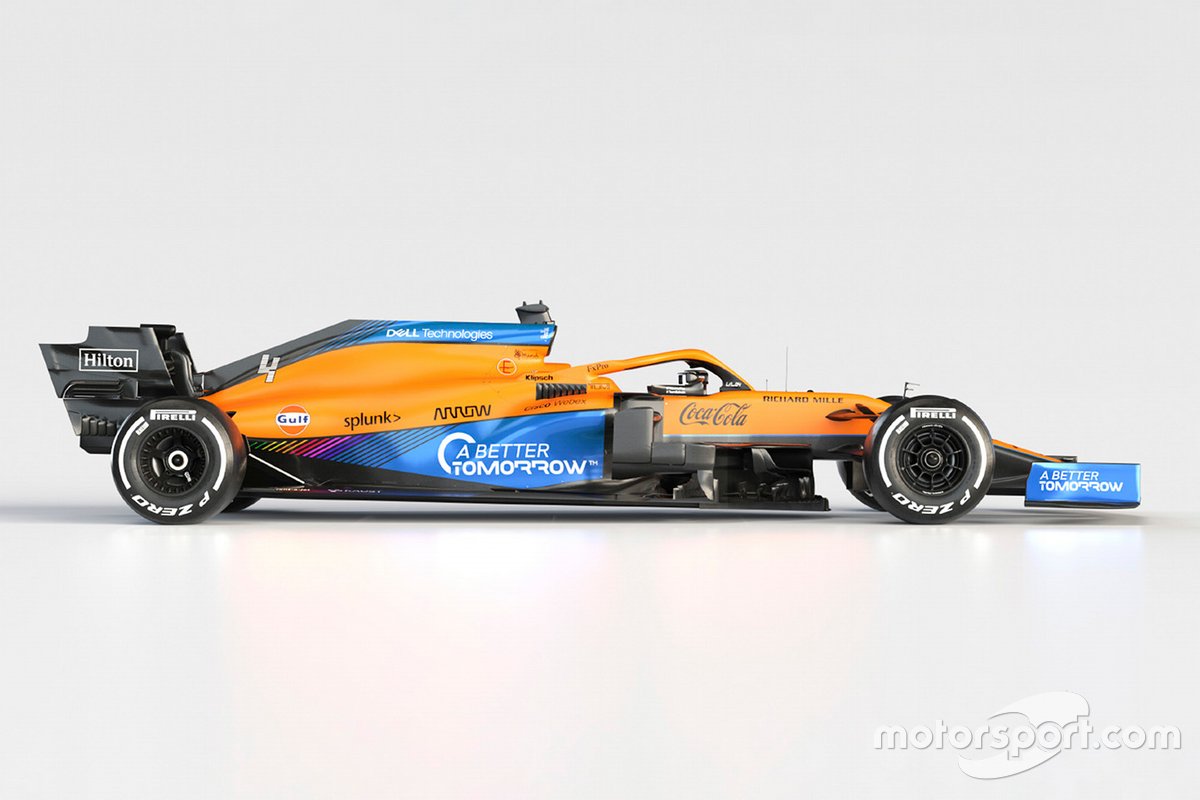 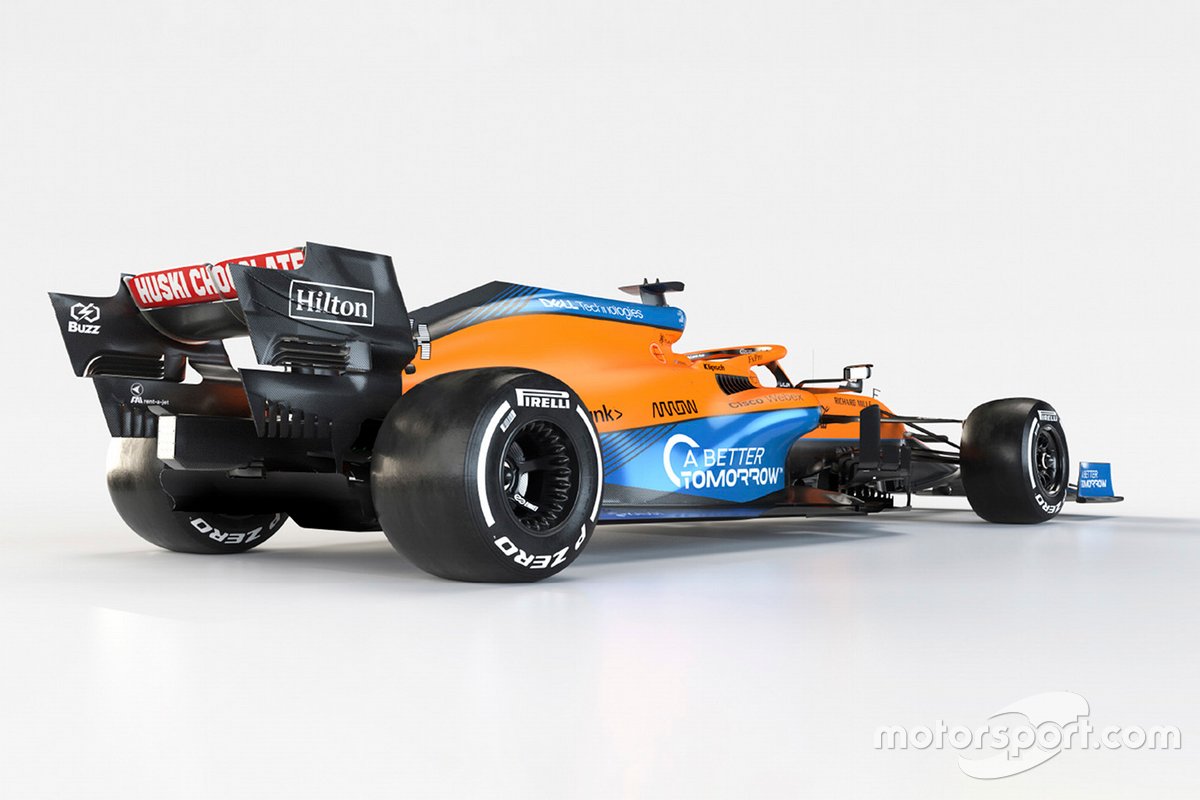 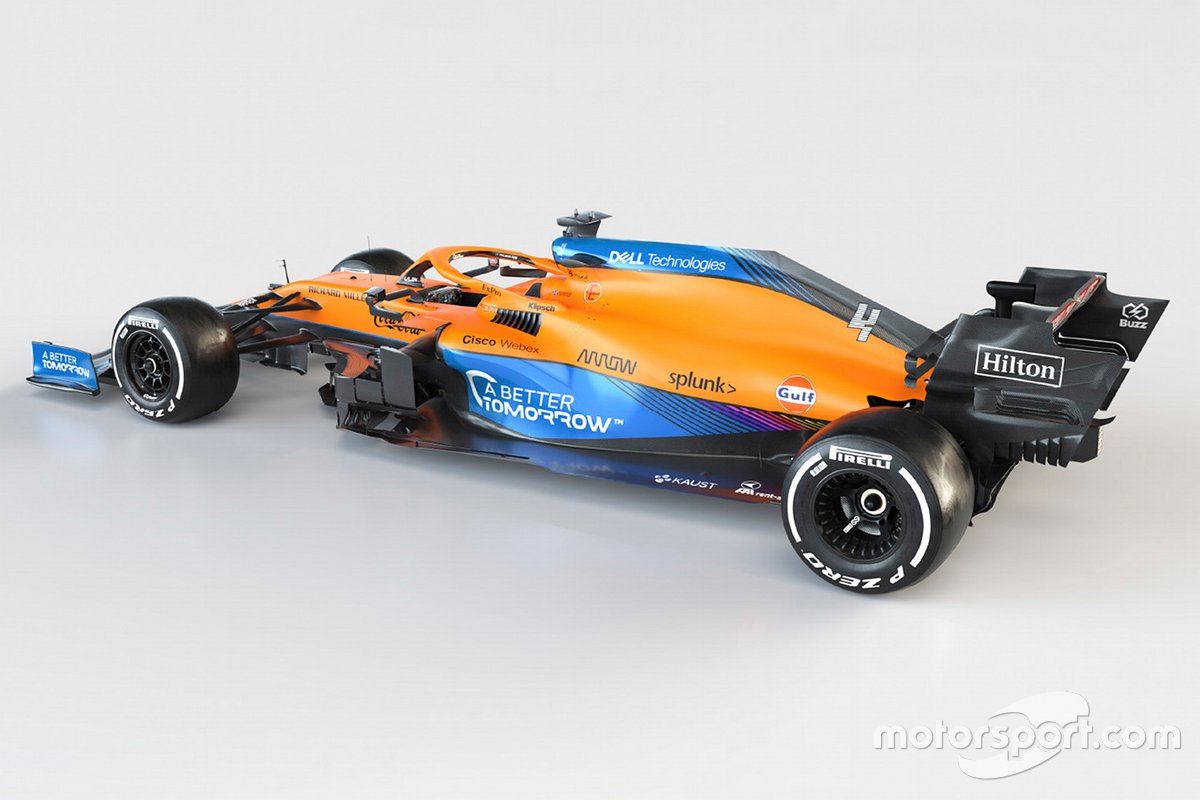 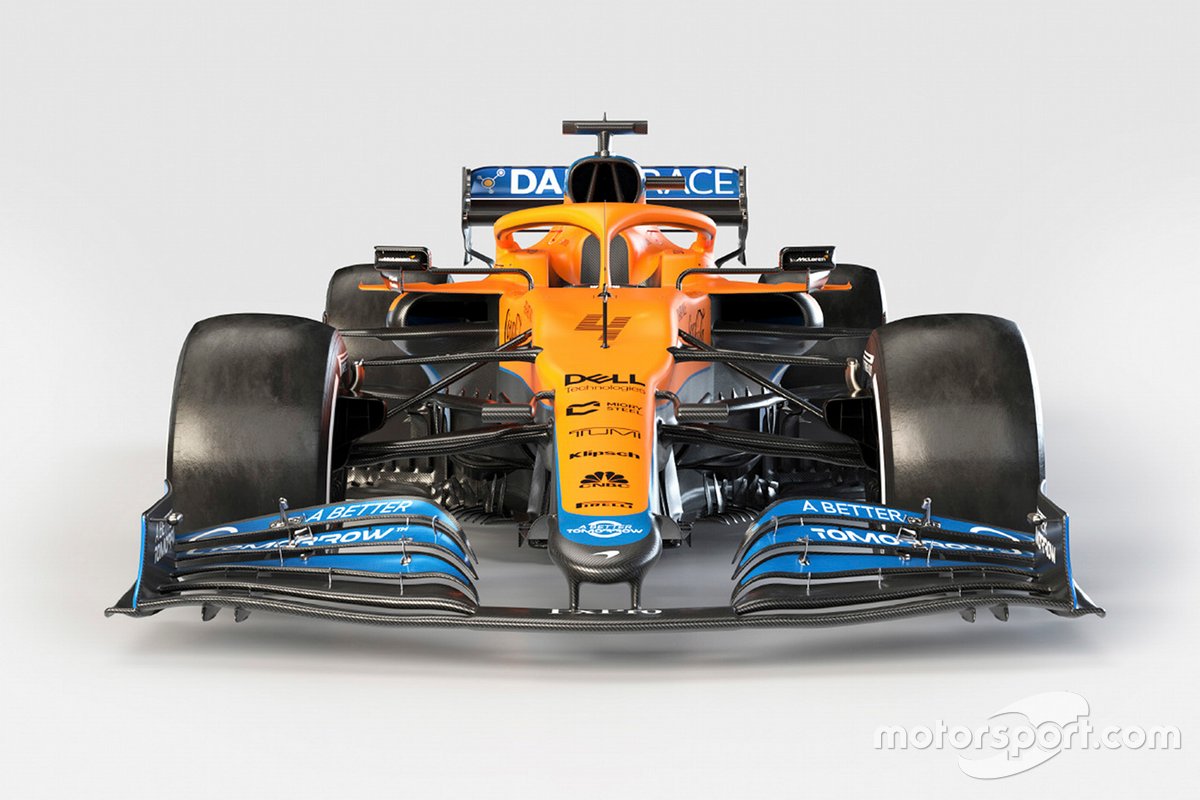 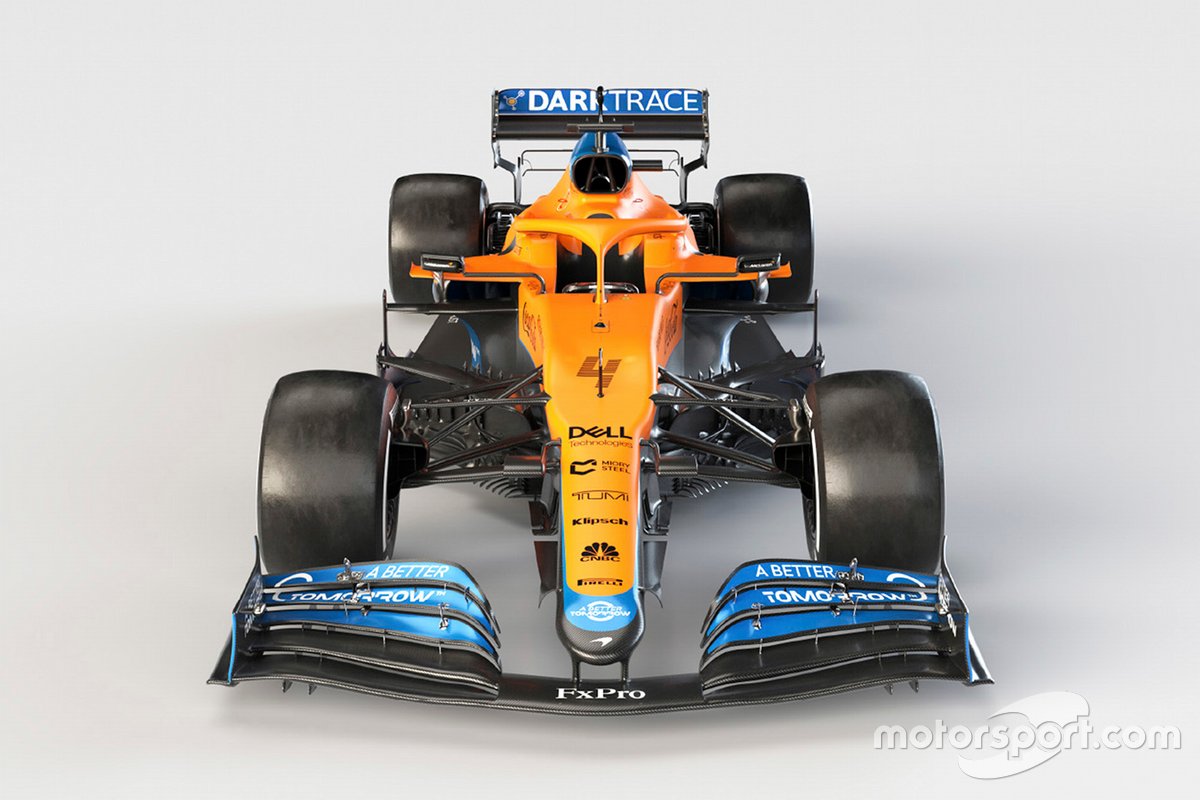 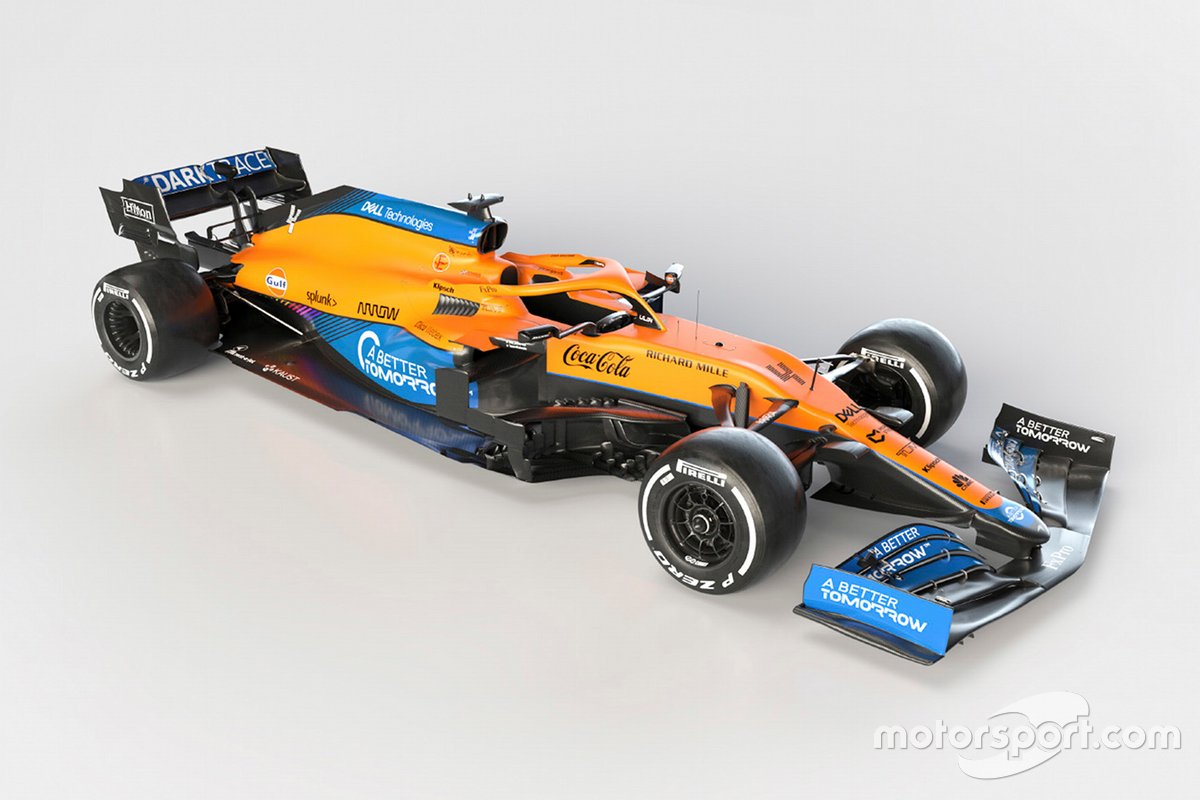 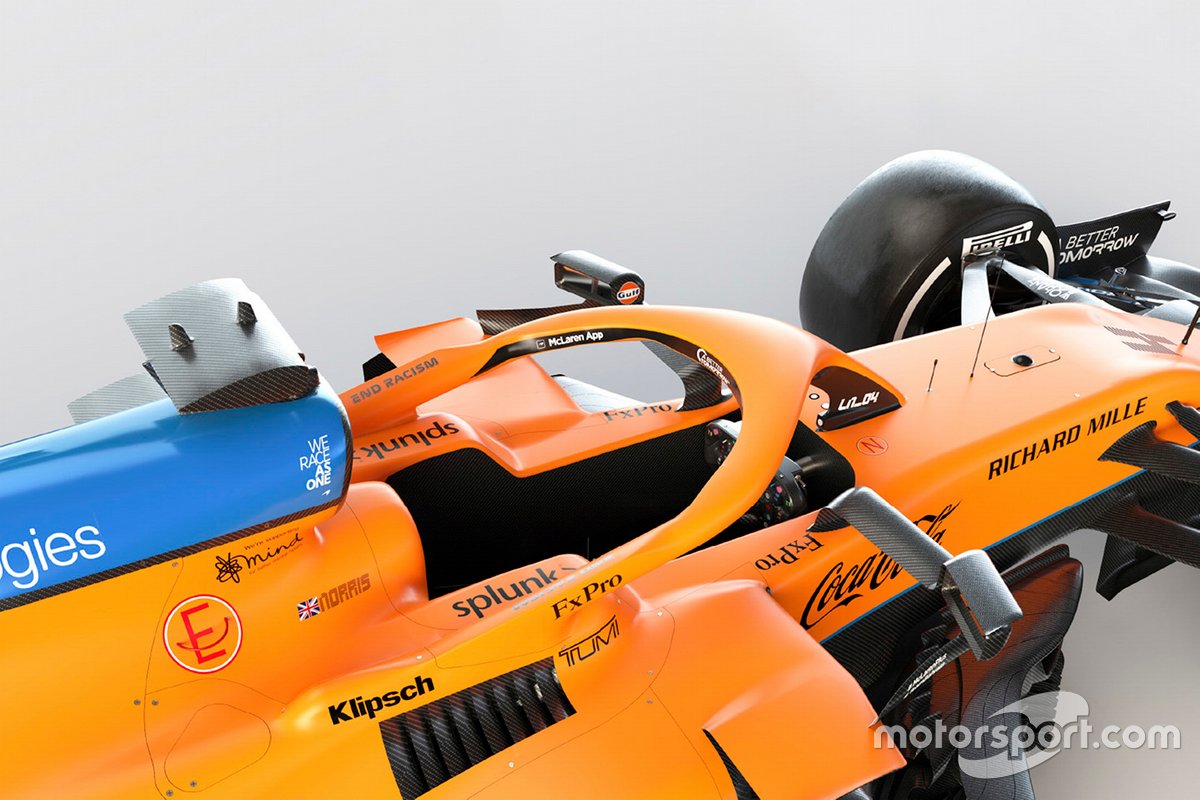 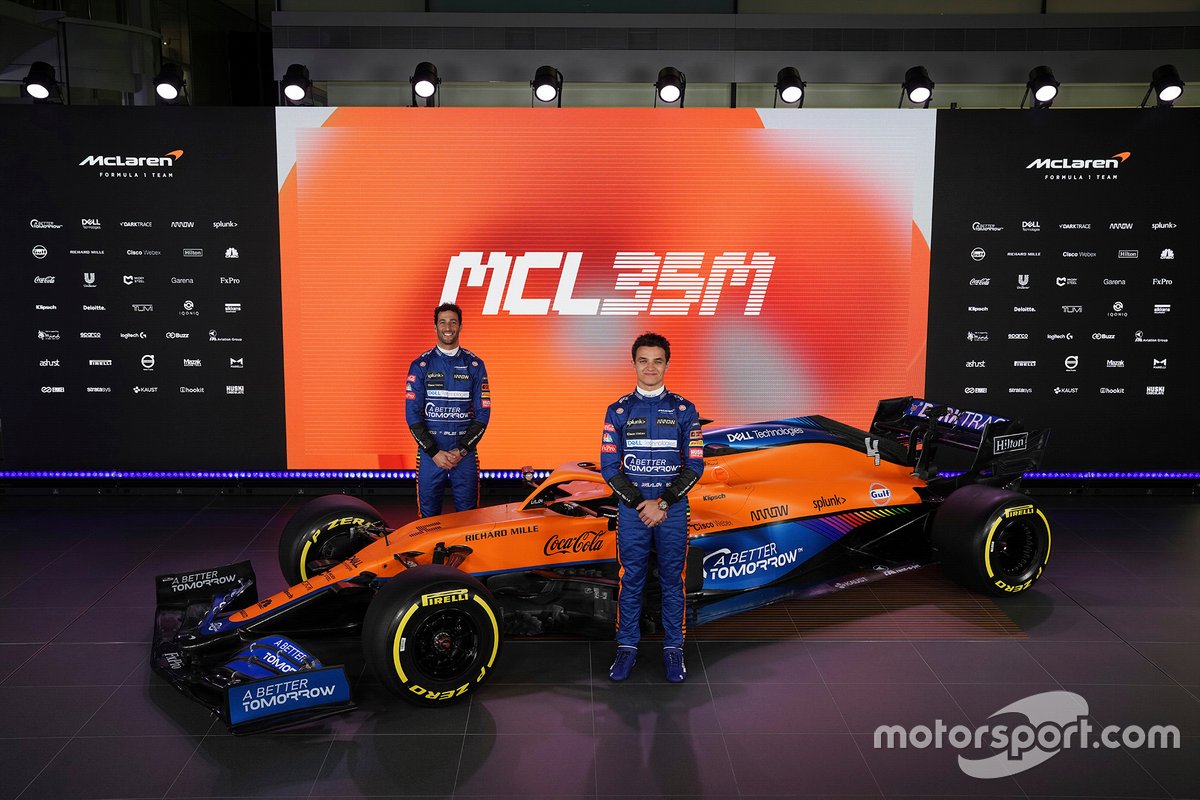 Following a busy winter that has seen the team switch to Mercedes power units and sign Daniel Ricciardo from Renault, McLaren unveiled the MCL35M at its Woking base ahead of its planned on-track debut this week.

The new MCL35M car retains largely the same livery as last year as McLaren sticks with its usual papaya orange and blue design, albeit with some subtle changes such as shifting the rainbow scheme previously on the halo to the rear of the car.

Mercedes' involvement in the new partnership with McLaren is reflected in the car name, adding the 'M' designation to last year's MCL35, but there is no Mercedes branding on the car due to the nature of their customer agreement.

Despite the freeze in the technical regulations between 2020 and 2021, McLaren has been forced to make a sizeable number of changes to its new car in order to accommodate the new Mercedes power unit, as well as accounting for the downforce cuts enforced by the updated regulations.

The team has spent its two permitted development tokens on the rear of the car, but remains confident of fighting for third place in the constructors' championship once again.

"All of us at McLaren are ready and determined for another season of intensely competitive Formula 1 racing," said team principal Andreas Seidl.

"The entire team has worked hard over the short winter, together with our colleagues from Mercedes-AMG, to produce the MCL35M and provide a strong car for our drivers to race this year.

"This has been no small challenge, and I want to thank every member of our team, whether at the MTC or working remotely, for the massive effort they've put in. Lando and Daniel will, I know, do their very best to represent the team out on track."

McLaren enjoyed its best season since 2012 last year as Lando Norris and Carlos Sainz both scored podiums, leading the team to third in the teams' standings behind only Mercedes and Red Bull.

Following Sainz's move to Ferrari, seven-time grand prix winner Ricciardo has arrived on a three-year deal from Renault, bringing 10 seasons' worth of experience to McLaren.

"It's great to have finally joined the team after what feels like an age since we confirmed it last May, said Ricciardo.

"I'm thrilled to be a McLaren driver and super-keen to get started. McLaren has been on an awesome journey over the last few years, and I'm looking forward to helping the team maintain this positive momentum.

"I've been spending the last few weeks here in the UK getting fully integrated into the team so that we're as prepared as possible for the start of the season.

"I'm feeling excited and motivated to give it my absolute all. I think my determination to perform has only grown as I've gained more experience and I'm looking forward to getting this next chapter in my career started."

2021 heralds a reunion of McLaren and Mercedes, who were previously works partners between 1995 and 2009 before the formation of Mercedes' own team for the 2010 season. McLaren continued as a Mercedes customer until the end of 2014, when it switched to Honda.

McLaren-Mercedes won three drivers' championships and one constructors' title in their 20-season spell together, as well as recording the most recent McLaren victory at the 2012 Brazilian Grand Prix.

The new McLaren MCL35M will get its first on-track outing at Silverstone on Tuesday when the team holds a filming day, acting as a shakedown for the new car.

It will then enjoy its first extended run-out at the start of pre-season testing in Bahrain next month, which runs from 12-14 March.

The opening round of the 2021 season then takes place on 28 March in Bahrain.

F1 set to group races by region in 2023 calendar reshuffle