McLaren to keep aero upgrades on car after practice trial 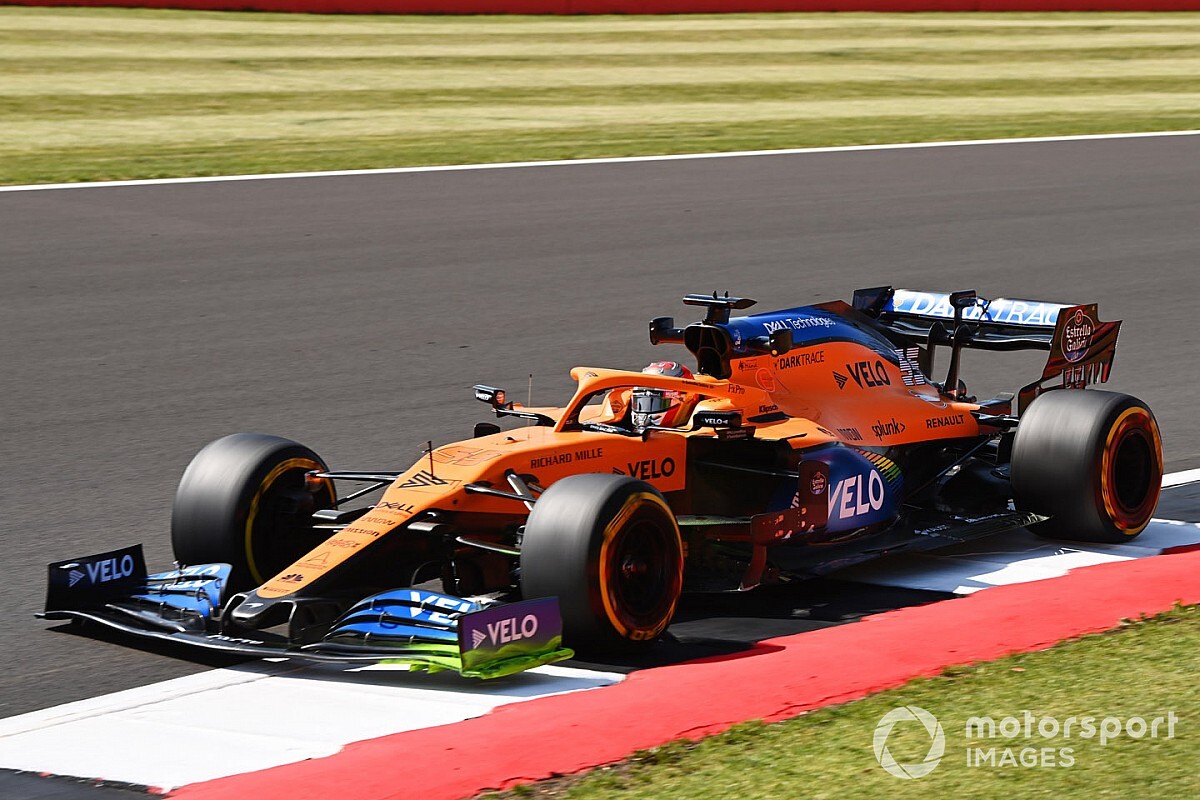 McLaren Formula 1 boss Andreas Seidl says that the aero package that the Woking team trialled at Silverstone on Friday worked as intended and will stay on the cars of Carlos Sainz and Lando Norris for the remainder of the weekend.

The team brought a modified floor and front and rear wings for the British GP, aimed in part at improving performance in slower speed corners.

Hot track temperatures and gusty winds made it hard to gather accurate data on the new parts. However, Seidl said the overall verdict was that they made a difference. Sainz was sixth in FP2, although he was flattered by the red flag that spoiled the soft tyre runs of some rivals.

“We had a testing programme that we wanted to get through, so big thanks really also to the entire team for pushing very, very hard back home in the last weeks and month to deliver these upgrades,” he said.

“We went through the back-to-back tests in FP1, which we could complete. And so far with everything we have analysed the updates work as intended, which is again a good sign that we are heading in the right direction.

“It's important to have this correlation between what we see back home in the wind tunnel and here on track. At the same time it was not an easy day also, because of these gusty winds.

"It’s not what you really would like to have when you do comparisons like that with accurate measurements, because these steps you make are so small that in an ideal world you want to have consistent laboratory conditions.

“But nevertheless we got through the programme and then in addition with some changes to the car we made also on the mechanical side for the second session, I think we were in the expected window again, in terms of performance in FP2.”

While the conditions prevented McLaren from fully evaluating the update, Seidl said there is still work to be done on the cars.

“The drivers are still not fully happy with how the car feels, with the balance of the car.

“But at the same time, we need to be very careful with windy conditions plus the hot track temperatures today that we make the right conclusions for Saturday onwards when we definitely get low temperatures. And hopefully the wind is also calming down a bit.

“It's definitely not easy also for the drivers to really point out the weaknesses of the car because in the end, the windy conditions override quite a lot.

“But with everything we have seen so far, the updates worked as intended. And that's independent of any conditions, because in the end, it's simply about putting aero load on the car, more downforce.”

Sainz suffered some damage but that will not impact him on Saturday.

“I think he had a small off over running over one kerb which damaged one of the bodywork parts, but it's nothing that is bothering us too much," said Seidl. "We can repair it and then use it again.”