Haas Formula 1 driver Nikita Mazepin says a "boring" and "painful" United States Grand Prix was not helped by his headrest coming off at one point.

The Russian endured a challenging weekend at Austin, as he fell foul of track limits on numerous occasions and struggled for pace in the race before coming home last of the classified finishers.

But it emerged afterwards that Mazepin's hopes of doing anything of consequence on Sunday were dashed very early on after his headrest became dislodged on the opening lap, forcing an early pitstop.

Speaking about how his race was, Mazepin said: "Bad. My headrest came off on the first lap in Turn 2.

"It made the first lap very sketchy because I couldn't see anything in my mirrors. It added an unnecessary pitstop. So yeah, very lonely, boring and painful race, degrading like fuck."

Mazepin blamed his team for the headrest problem.

"I believe it's a human error," he explained. "It came off in Turn 2, and it's never done that in my racing career. So I imagine something was done differently for it to happen." 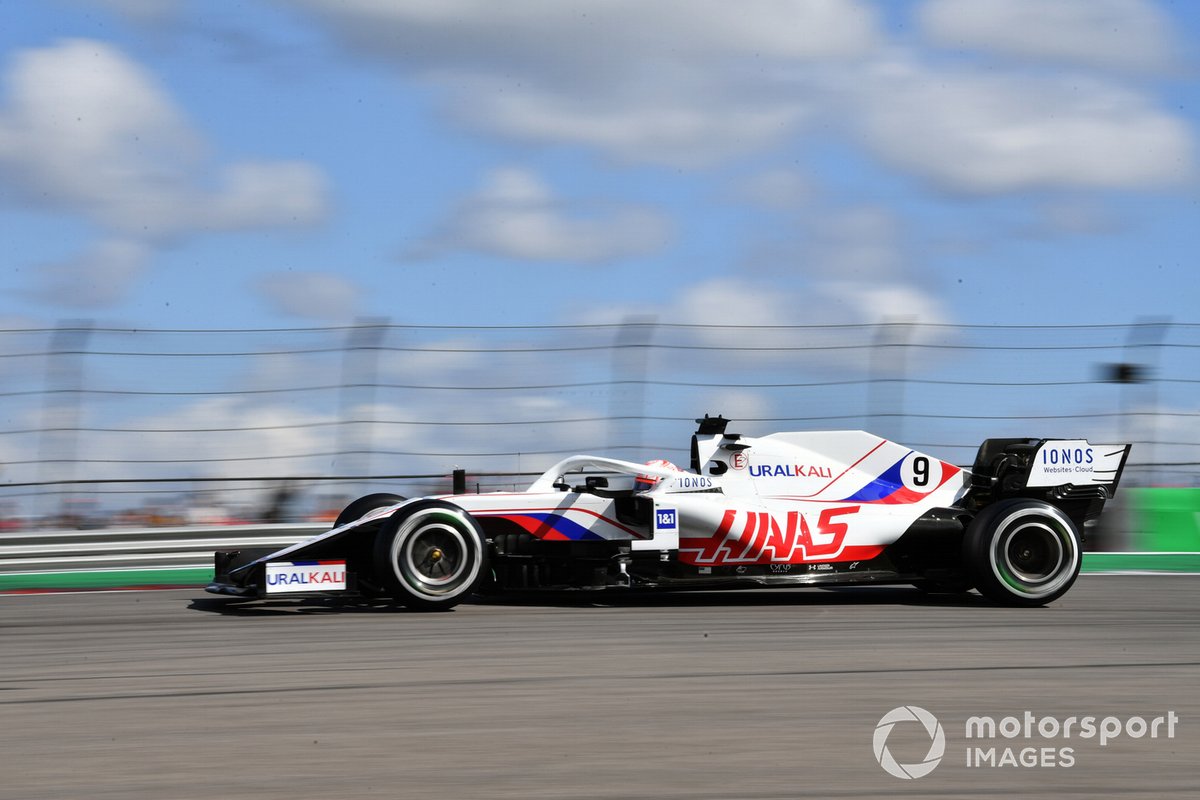 Haas boss Gunther Steiner explained that the headrest problem had been caused by the locking pins not engaging when it was pushed back on during pre-race preparations on the grid.

"The guys told me that when they put it on on the grid, there are two pins in the back which were not engaged completely," he said.

"Because of that we didn't have to take the headrest off when he got in the pits, they just pushed it down and in.

"I don't know exactly [why] it didn't engage, but it came off and, because of safety reasons, the headrest is part of your protection here, we called him in immediately. Which again was difficult, because if the headrest is up, you cannot see the mirrors."

Steiner also said that Mazepin's miserable afternoon was also compounded by complaints his feet were getting hot, a phenomenon the team has battled with all season.

"He complained about the feet getting hot a few times," added Steiner. "It's happened a few times. We always tried to make it better, but it happens only to him.

"This is the same chassis as last year and we never had an issue with that. And also Mick [Schumacher]... I mean, I didn't ask specifically Mick, but he never complained about it - and for sure he would.

"So we need to look into why he gets hot. We need to do something, and maybe the next step is to do something on the boot. You know, you can do it both ways. But I mean, there was nothing broken or anything. And it isn't the first time that he complains about that one."