Toto Wolff says that Nikita Mazepin's omission from Mercedes' Abu Dhabi Formula 1 test line-up has "nothing to do with his actions" this week. 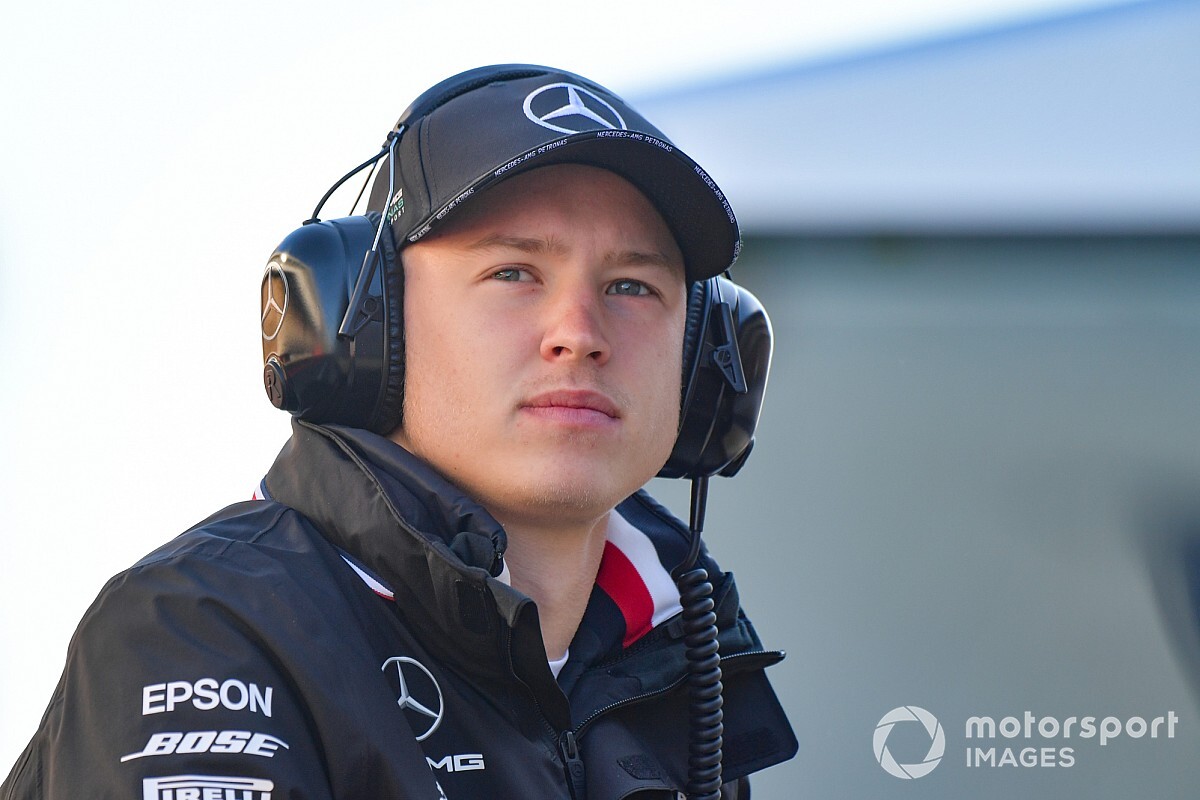 Mazepin has been undertaking an extensive private testing programme with Mercedes for the past two years, helping his preparations to step up to F1.

The Russian driver secured an F1 superlicence by finishing fifth in this year's F2 championship, and will graduate with Haas next year.

But Haas is currently addressing an incident involving Mazepin after a video of him groping a woman's chest was uploaded to his Instagram account earlier this week.

Haas called the incident "abhorrent", with team principal Gunther Steiner telling Motorsport.com on Thursday that it was taking the matter "very seriously".

Mazepin issued a public apology and said he had to "hold myself to a higher standard as a Formula 1 driver".

It was thought that Mazepin would form part of Mercedes' line-up for the test day in Abu Dhabi on Tuesday, which was originally meant to be for young drivers before being expanded to anyone who did not race full-time through 2020.

Mercedes announced on Friday that its Formula E drivers, Stoffel Vandoorne and Nyck de Vries, would be taking part in the test.

Mercedes team principal Wolff explained the decision to draft in the Formula E drivers for the test, adding that Vandoorne's chance made sense after he missed out on replacing Lewis Hamilton in Sakhir last week.

"We had an extensive testing programme with [Mazepin] throughout the year with a two-year-old car," Wolff said on Sky Sports F1.

"But for the young driver test, we decided on the line-up over the last few days, and providing the opportunity to Stoffel and Nyck is good.

"They're our works driver in Formula E, they've done a super solid job. And also with Stoffel not being in the car last week, it just made sense to put the two in a car."

"The most important thing was to have some learning from the test."

Mazepin has appeared once before for Mercedes in an official F1 test, taking part in the post-Spanish Grand Prix test in 2019.

Next Tuesday's running at the Yas Marina Circuit will mark a maiden F1 test for de Vries, who won the F2 title last year, and the first F1 run-out for Vandoorne since his last race start for McLaren in 2018.

Hamilton: Abu Dhabi return like "first day back to school"